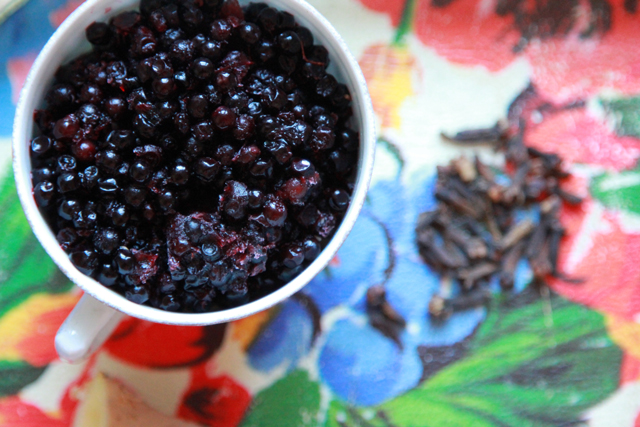 05 Dec AN ELDERBERRY ELIXIR TO KEEP YOU FIGHTING FIT

Posted at 11:55h in ARCHIVE by Bella Binns
Share

Full disclosure: During the winter months I LIVE on elderberry elixir. It’s literally changed my life. I bought a bottle of Sambucol a few years back during the early stages of a particularly ferocious cold and was completely dumbstruck when it managed to reverse the virus in less than 24 hours.

The black elderberry, or Sambucus Nigra to give it its latin name, is anti-viral and has an uncanny boosting effect on the immune system. It’s also natural, so in my book, much nicer on your insides than an acrid mug of Lemsip.

The good news is, if you have the time, an elderberry elixir is really easy to make either with dried berries (available in good herbalists), or during the late summer and autumn, with foraged berries from elder trees (the dark purple berries are what come after the white frothy elderflowers). NB. If foraging, there are a few precautions to take note which I won’t go into now, since they aren’t in season, but just in case you’re reading this post at a later date, these guidelines are handy. 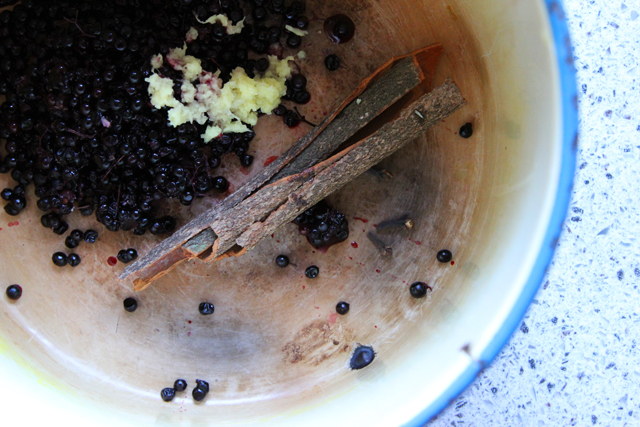 1. Place the elderberries, ginger, cinnamon, cloves and water into a large saucepan and bring to a rolling simmer for 30-35 minutes. 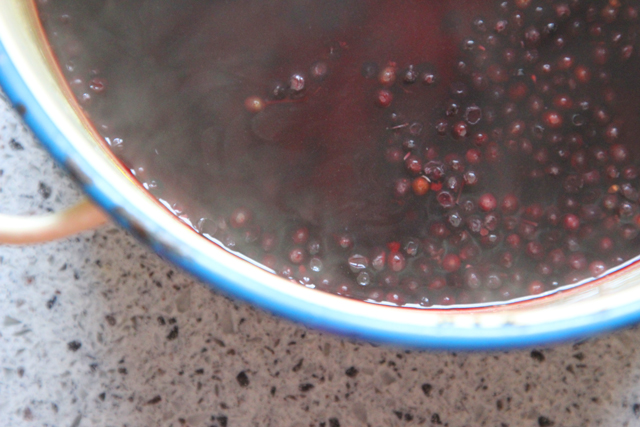 2. Allow to cool slightly, then carefully hook out the cinnamon and use a potato masher to crush the berries further to release all their precious juices.

3. When the mixture has cooled sufficiently, use a sieve to strain the mixture into another clean saucepan – a milk pan with a fluted section is ideal since you need to pour it into a jar or bottle from here.

4. Use a wooden spoon to press the mixture through the sieve to get as much juice out as possible.

5. Place back on the hob and heat *gently* as you stir in the honey, just warm enough to melt it.

6. Once the honey has dissolved, use a funnel to pour into a pre-sterilised glass jar or bottle and seal the lid on tightly.

7. Take a tablespoon a day and store in the fridge. The elixir should last 1-2 months if kept cool. 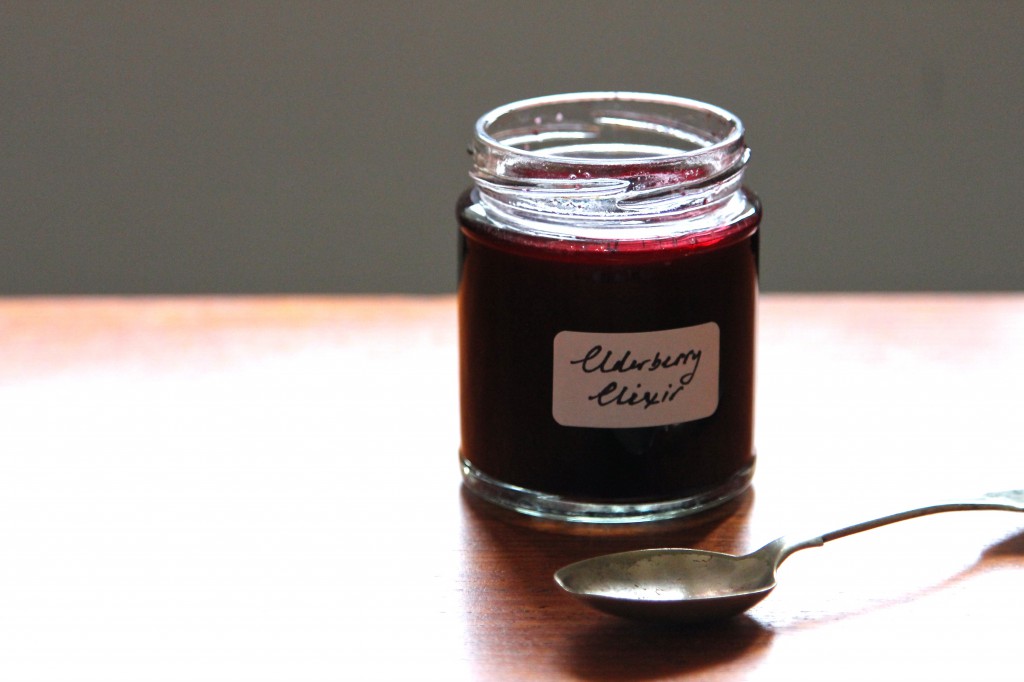