CALL THAT A BISCUIT? THIS IS A BISCUIT. 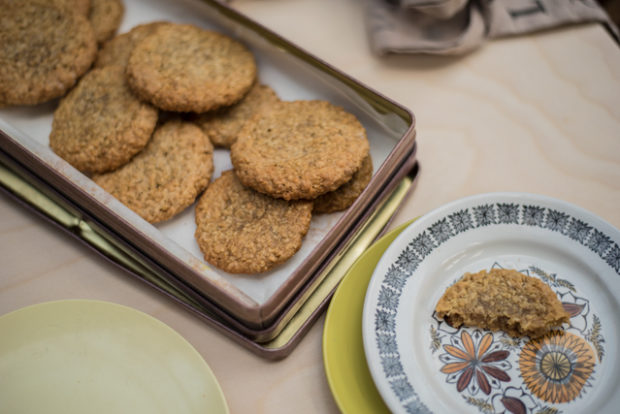 For my Aussie readers, this post is preaching to the choir, but for everyone else, I’d like to introduce you to the golden wonder of the ANZAC biscuit.

Tomorrow is ANZAC Day, where we commemorate the lives of Australians and New Zealanders lost to war and we celebrate by eating a biscuit that is essentially what you’d get if porridge and toffee had an Aussie lovechild – and it’s bloody delicious.

ANZAC biscuits are named after the Australian and New Zealand Army Corps (it’s an acronym) who were our troops sent to Europe in WW1. They are important heroes in our culture (along with Kylie and Nick Cave) not just because of the lives lost but also because it was the first time Australia and New Zealand had fought as a separate army to the British and the first time we had been considered countries (rather than colonies) by the rest of the world.

ANZAC biscuits became popular during both world wars because they were cheap to make and their long shelf life meant they would last the distance being posted to the troops. They were also sold at home to raise money for the war efforts and are, to this day, a staple item in any school cake stall. 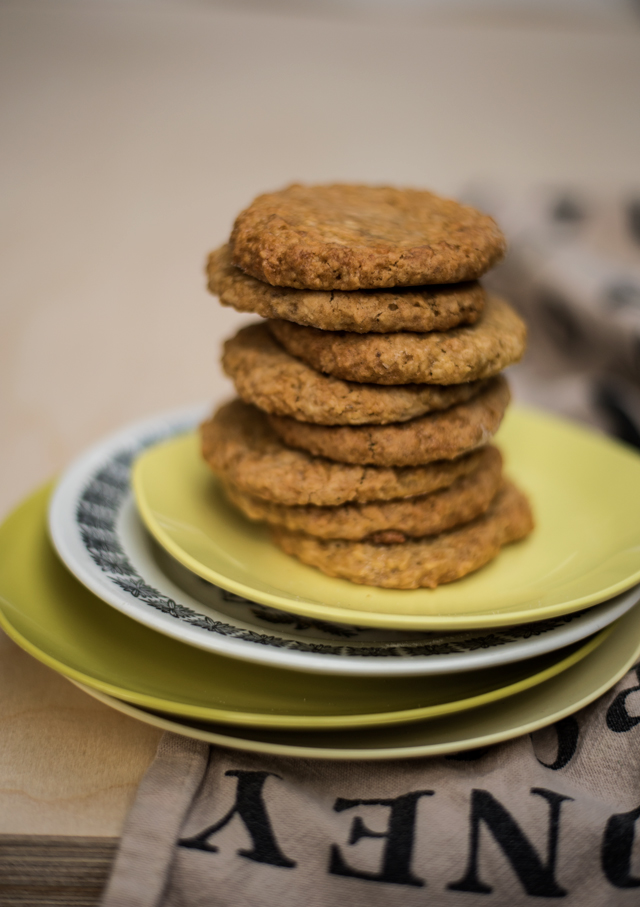 Just to be clear, it’s a BISCUIT, not a cookie. Anyone who calls it a cookie is un-Australian and should be corrected. In fact the use of the word ANZAC is restricted on commercial goods with the exception of ANZAC biscuits – but it must be called a biscuit. In 2008 Subway tried to sell ANZAC ‘cookies’ and were told to remove it from their menu. Yep. It’s serious business.

Every family has their own version of this recipe. Some people like them crunchy, others like them soft. Some people add salt to get a sort of salted caramel effect. Personally, I like to go for soft and chewy and golden brown. This is our family’s version. Try it, I think you’ll like it. 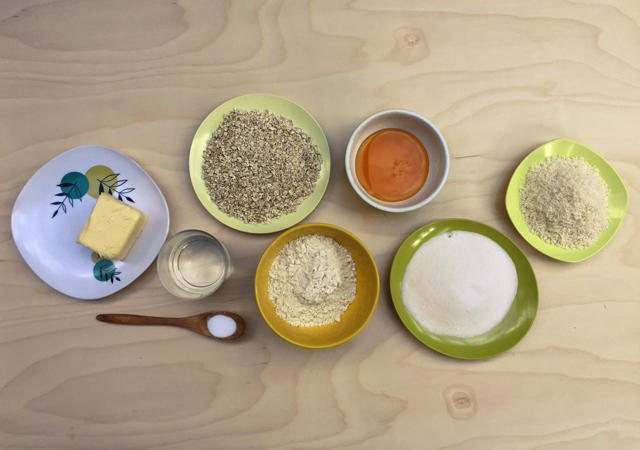 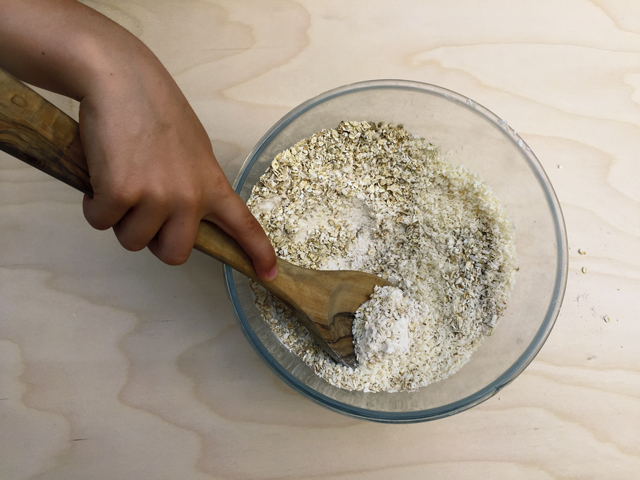 2. Combine the sugar, butter, golden syrup and water in a saucepan then heat them and slowly stir until the butter has melted and the mixture is smooth. 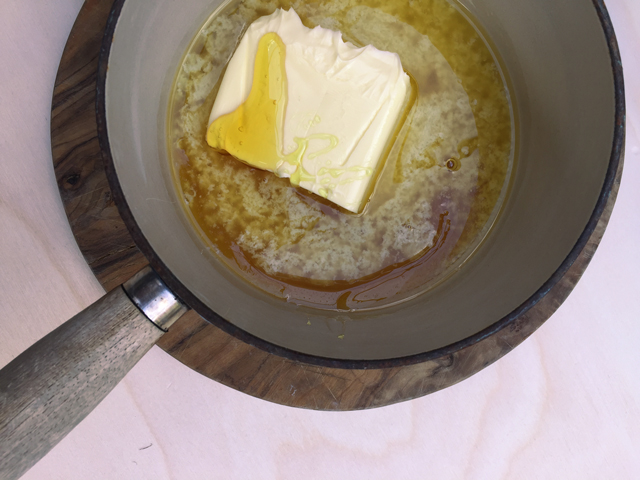 3. Stir in the bicarb soda and take it off the heat.

4. Pour the hot mixture into the bowl, combining the wet and dry ingredients. Stir it until it is completely combined, it’s basically porridge made of toffee at this point. It should be thick and sticky enough to be rolled into balls. If yours is too runny, add small amounts of additional oats until it has the right texture. If it is too dry, add a splash of hot water. 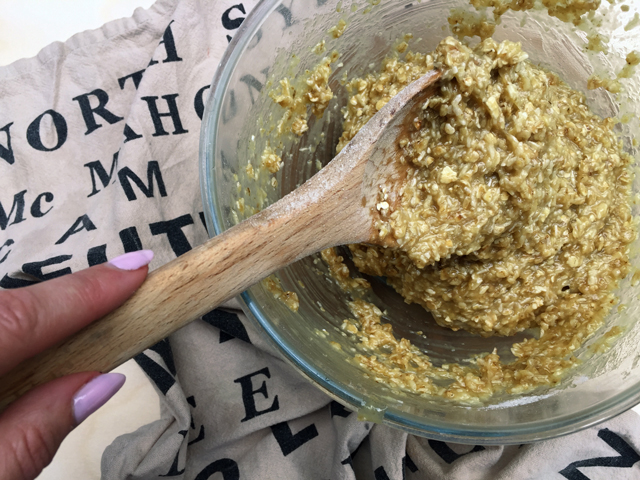 5. Coat your hands in flour then roll the mixture into balls about 5cm in diametre. 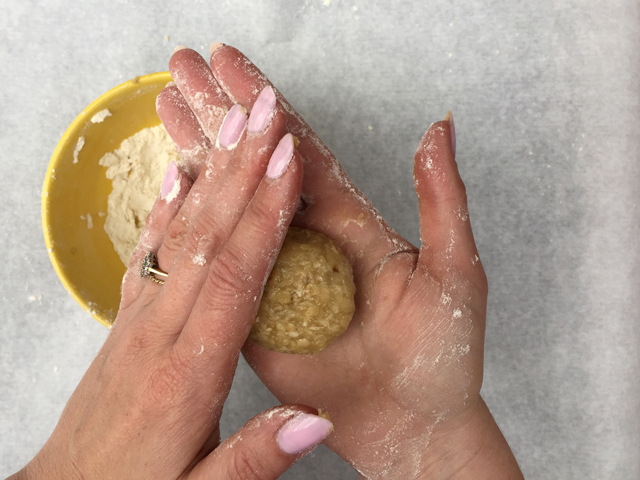 6. Place them on greaseproof paper on a baking tray and press them down with the back of the wooden spoon to flatten them. Make sure they are at least 5cm apart because they will double in width. Our mixture made 18 biscuits. 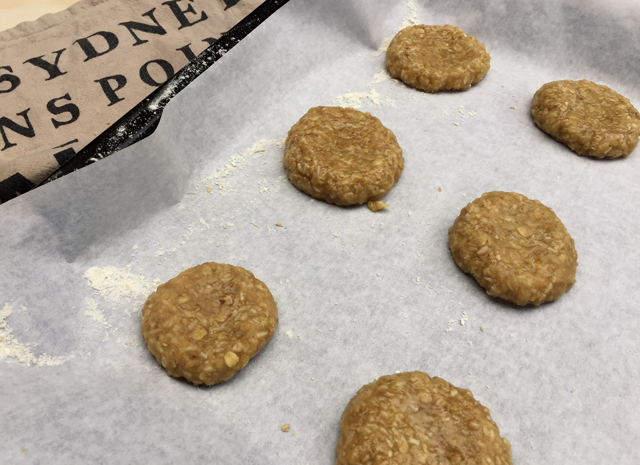 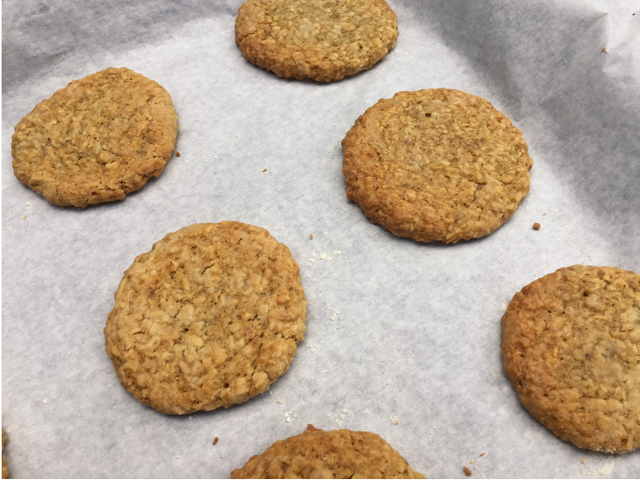 8. Once they are golden brown, take them out to cool. They will still be soft until they are cool so you can flatten them out with the wooden spoon again. They usually puff up a bit in the oven. 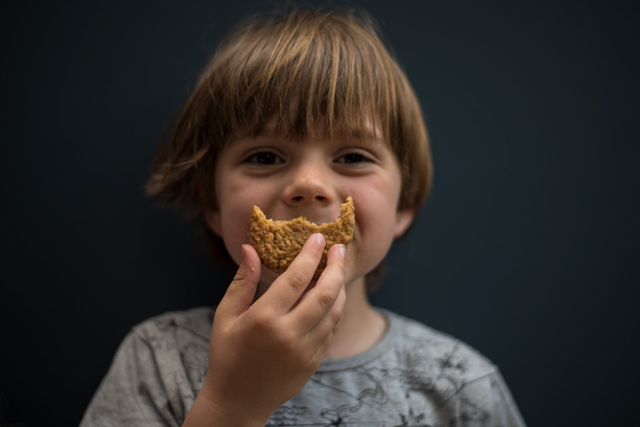 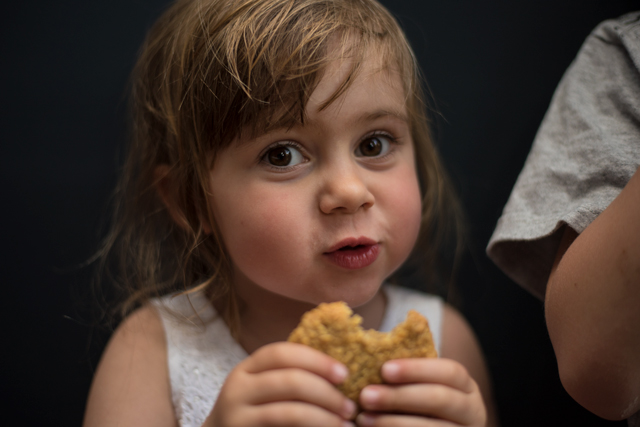 I hope you enjoy them as much as we do! And Aussies, let me know if you have any family secrets to get yours just right.

These days ANZAC Day commemorates anyone who has served in our armed forces at any time. I’m going to be thinking of my lovely Grandad, Jack, a true ANZAC, who’s life was changed so dramatically serving in Papua New Guinea in WWII. I love you Grandad, I wish you could be with us today to share these biscuits. Rest in peace. xoxo 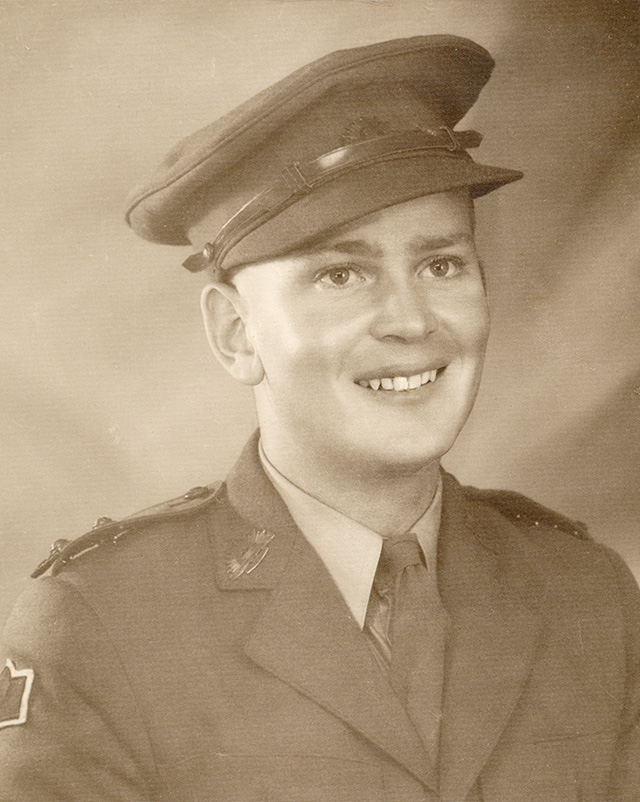