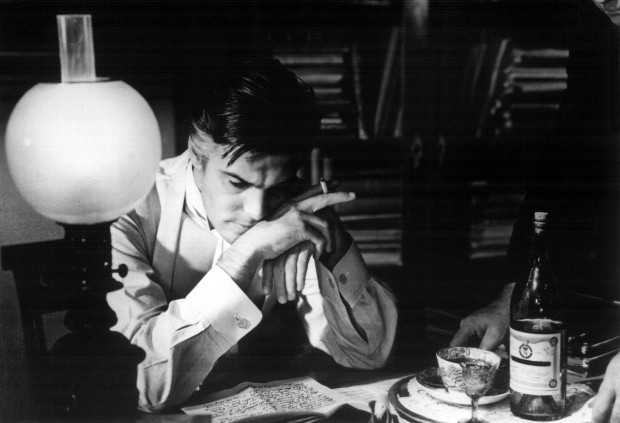 I remember reading Letter From an Unknown Woman in my late teens: it is a highly emotional and wonderfully dramatic story, which started an obsession with Stefan Zweig’s work. I ended up reading most of his novels afterwards. I don’t remember any of them to be honest, except this one.

R. is a famous novelist returning home from a short holiday. It is his 41st birthday and he goes through his mail to find a letter from someone he doesn’t know — a woman who has been in love with him her entire life but whom he has no recollection of. Her letter start like this:

“My child died yesterday — for three days and three nights I wrestled with death for that tender little life, I sat for forty hours at his bedside while the influenza racked his poor, hot body with fever. I put cool compresses on his forehead, I held his restless little hands day and night. On the third evening I collapsed. My eyes would not stay open any longer; I was unaware of it when they closed. I slept, sitting on my hard chair, for three or four hours, and in that time death took him. Now the sweet boy lies there in his narrow child’s bed, just as he died; only his eyes have been closed, his clever, dark eyes, and his hands are folded over his white shirt, while four candles burn at the four corners of his bed. I dare not look, I dare not stir from my chair, for when the candles flicker shadows flit over his face and his closed mouth, and then it seems as if his features were moving, so that I might think he was not dead after all, and will wake up and say something loving and childish to me in his clear voice. But I know that he is dead, I will arm myself against hope and further disappointment, I will not look at him again. I know it is true, I know my child died yesterday — so now all I have in the world is you, you who know nothing about me, you who are now amusing yourself without a care in the world, dallying with things and with people. I have only you, who never knew me, and whom I have always loved.”

Stefan Zweig, Letter From an Unknown Woman and Other Stories

Photography: from the film adaptation, Letter From an Unknown Woman, directed by Max Ophüls, 1948.

Clementine Larvor moved from her native France to London in ’98 and has never looked back. She is an interior designer and mum of three who loves making stuff and suffer from craft schizophrenia: from baking to knitting, sewing to weaving she can’t help herself, she just has to try them all!