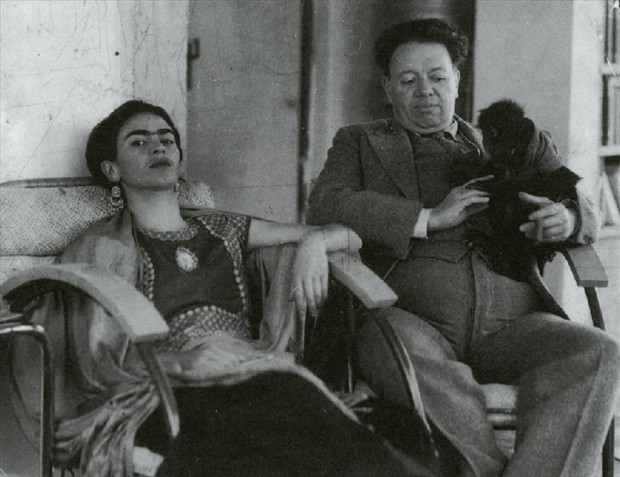 I’m currently re-reading The Lacuna and with every new page, remembering what a truly absorbing read it is. Anyone who’s read The Poisonwood Bible, another Kingsolver classic, will know that her signature descriptive style sucks you wholly into the narrative, but this is also a painstakingly researched read that’s possibly one of the most educational (in a good way) books I’ve ever read.

The story unfolds between Mexico and the United States between 1929-1951, in the peak of the communist uprising, and tells the tale of a long-suffering teenage boy who suddenly finds himself in the employment of Frida Kahlo and her unlikey (and gargantuan) husband, the painter Diego Rivera. Along the way there are appearances from a host of colourful characters, including the exiled communist leader Leon Trotsky, but the most compelling tale of all is that of the book’s narrator, diarist Harrison W. Shepherd – it’s one of truth that’s decidedly stranger than fiction.

“Frida says everybody had better knock the Trotsky dust off their shoes and get out of here. “Sóli, I have a plan for you,” she said, seated at a little wooden desk in her studio. She’d sent Perpetua running down the street with an urgent summons – Frida wants to see you right away. “We have to get away from here, you’re not safe. The police took everything from your room, even your socks. It’s because of those things you wrote. I’m sure they were watching you.” The police took many things from many people, but she believes words are the most dangerous. She says maybe Diego was right about “your damn diaries,” the confiscated notebooks might put their author in jeopardy.

But she has a plan. She needs to send eight paintings to the Museum of Modern Art in New York, for a show: Twenty Centuries of Mexican Art. And after that another show is planned, Twentieth-Century Portraits. Frida has become a fixture of her century. The Levy Gallery may be interested as well. She needs a consignment marshal. “Or whatever the hell you call it in English”, she said; she’ll look it up for the documents. Pastor de consignación is what she called it, a “shipping shepherd”, a legally authorized agent to accompany the paintings on the train all the way to New York. ”