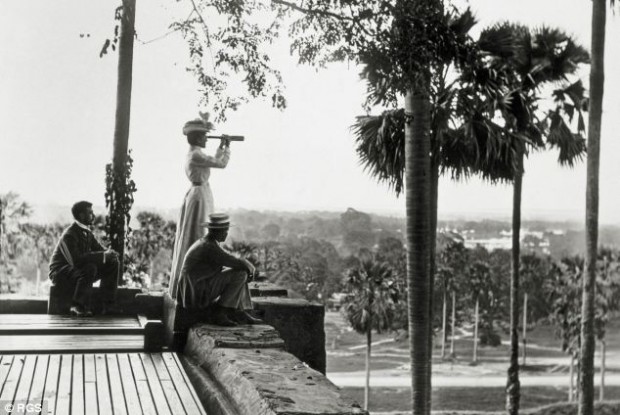 If I think how, in my life, I have been able to travel around the world on my own without many risks or problems, I have to admit that women’s independence has actually travelled a long way.

According to an article by Sophia F. A. Caulfeild published in The Girl’s Own Paper in 1884, just a mere century ago walking in the streets of London by yourself (or without a chaperone) meant that you were acting as an ‘easy’ woman.

When I started my own epic trip, the whole wide world had already been mapped, tarmac-ed, traced, divided, explored and flagged – owned by so many people with so many round-headed pins on so many personal little maps (I’ve been there. It’s mine). And even I was a little bit scared. So I can only begin to imagine what it must have been like to venture as a lone woman in an untraced, unfamiliar, fundamentally foreign world, always explored by men. You had to discover, bend and ultimately break so many physical and social boundaries that it must have required a hell of a lot of strength and determination to set off. And that’s just in order to leave your front door, let alone go far!

I cannot fathom what it must have been like to trek Mount Kilimanjaro wearing a corset, get your period while going through the desert on a camel’s back, venture in the African jungle with your crinoline underskirts, or not fear for your… erm… ‘chastity’ every time you met a male stranger – because you must have been easy prey and being considered a loose woman already, definitely very tempting.

So if I think about my very safe solo trip around the globe, I feel very humble, and want to publicly say a huge THANK YOU to all those women who travelled by themselves before me and who had the courage to go further than any other woman had ever gone before.

Here are just a few of my own personal heroines: 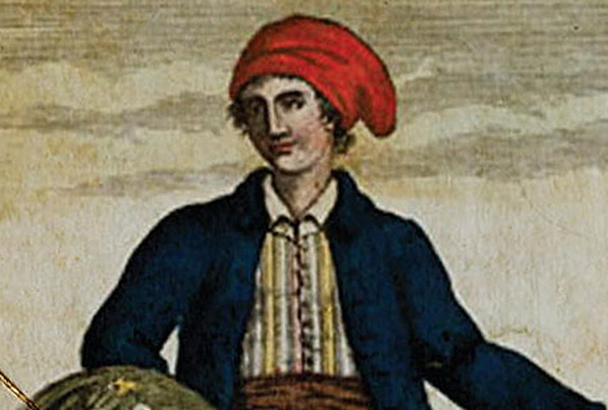 A seriously determined woman, the 25-year-old Baret disguised herself as a man for months in order to board and stay on an expedition sailing towards the New World, at a time when all women were completely forbidden on French navy ships. She is the first woman to ever circumnavigate the globe – albeit pretending to be a man for most of the trip. 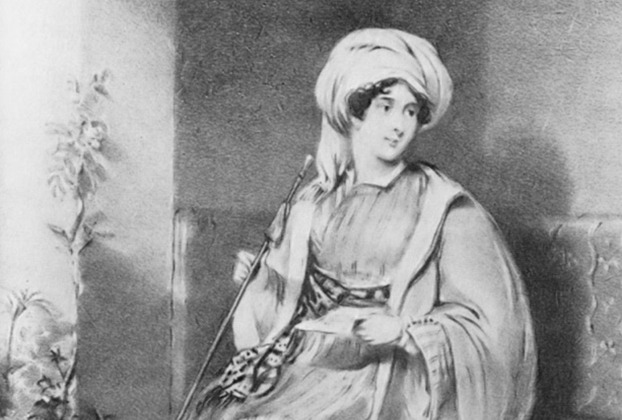 A British socialite, adventurer and traveller, Lady Hester was awarded a large yearly pension for services to the state at the beginning of the 1800s, which allowed her to embark on a sea voyage towards the Middle East. But when her ship sank near the island of Rhodes in Greece and the survivors could only find Turkish clothing, she refused to wear a veil and instead chose male clothes. In her new cross-dressing attire she then continued her trip towards El Cairo, and then further on to Lebanon, Syria, Palestine and Jerusalem, often visiting places where Europeans had never been before. And in 1815 she was able to lead the first modern archaeological expedition into the Holy Land. Wow. 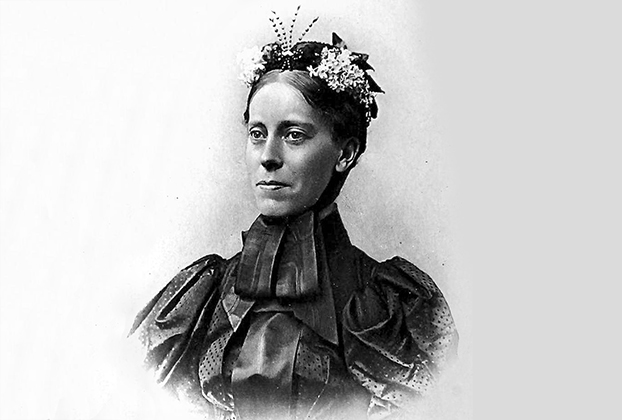 Despite strangely never aligning herself with the suffragettes movement, Kingsley is at the forefront of women’s independence. She was a British scientific writer and explorer who travelled extensively through Africa, often embarking on expeditions that were considered dangerous even for her male contemporaries. During her travels she often lived with locals who, among other things, taught her the basic skills needed to survive in the African jungle. Her accounts are acute and have a lovely sense of humour – as you read her words, you can really appreciate her pleasure for venturing in the world without judgement or racism, fear or shock.
“Tuesday, July 23rd. – Am aroused by violent knocking at the door in the early gray dawn – so violent that two large centipedes and a scorpion drop on to the bed. They have evidently been tucked away among the folds of the bar all night. Well ‘when ignorance is bliss ‘till folly to be wise,’ particularly along here. I get up without delay, and find myself quite well.”
Mary Kingsley, Travels in West Africa, 1987 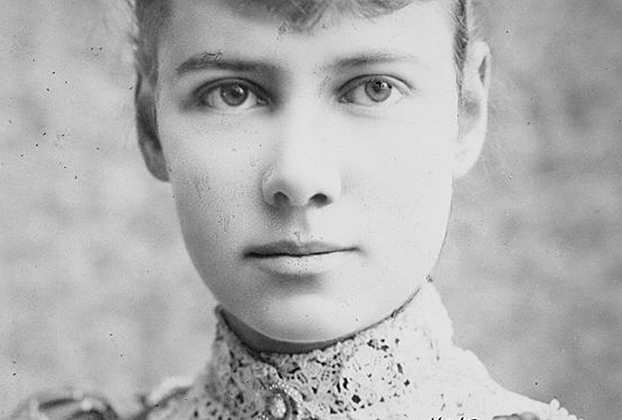 Spirited Bly famously circumnavigated the globe in 72 days to turn Phileas Fogg’s fictional trip into reality in 1889. Commissioned by the New York World, she set off with two days’ notice, with just the dress she had on, an overcoat, a change of underwear, a small wash bag and a pouch full of money and gold chained to her neck. Her journey was a world record and her newspaper later went on to publish a “Round the World with Nellie Bly” game in her honour. 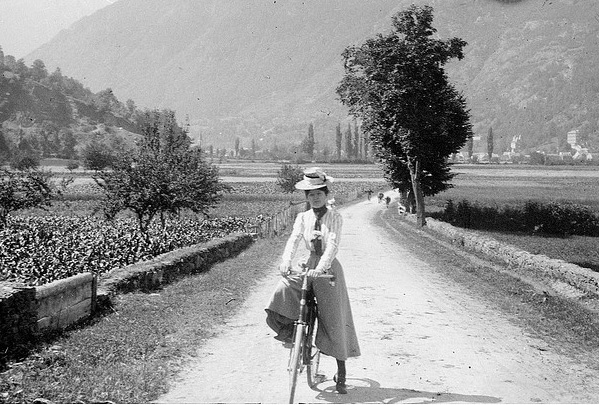 Annie Kopchovsky became The Londonderry Lithia Spring Water Company’s official travelling billboard in 1985, as she took on a challenge to cycle around the world in 15 months for $5,000. A mother of three, just 25, and having never cycled before in her life, she left her husband and children in Boston to travel the world, armed only of a change of clothes and a pearl-handled revolver. The challenge was supposed to test a woman’s ability to fend for herself. On her return she wrote an account of her cycling adventures, in which she states: “I am a journalist and ‘a new woman’, if that term means that I believe I can do anything that any man can do.” 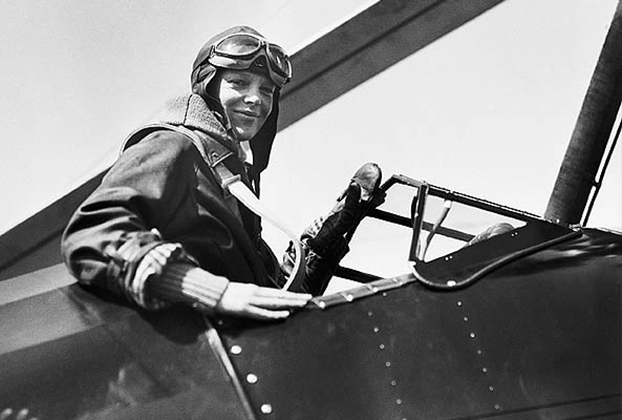 An aviation pioneer and possibly one of the most famous women pilots of all times, Amelia Earhart was the first woman to fly solo over the Atlantic and received the US Distinguished Flying Cross for her efforts. She was a woman who had the courage to stand up for what she wanted and who she was. In 1937 she decided to fly solo around the world and when challenged on her decision because she was a woman, replied: “Please know that I am aware of the hazards. I want to do it because I want to do it. Women must try to do things as men have tried. When they fail, their failure must be a challenge to others.” 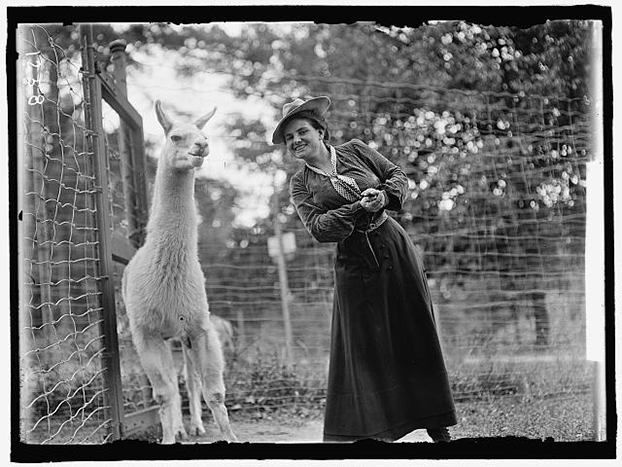 Explorer, writer and photographer Chalmers Adams is said to have travelled more than a hundred thousand miles, venturing throughout South America, Asia and the South Pacific. She regularly wrote for National Geographic and was the only female trench journalist in France during World War I.

Talking about women adventurers, she famously said: “I’ve wondered why men have so absolutely monopolised the field of exploration. Why did women never go to the Arctic, try for one pole or the other, or invade Africa, Tibet, or unknown wildernesses? I’ve never found my sex a hinderment; never faced a difficulty which a woman, as well as a man, could not surmount; never felt a fear of danger; never lacked courage to protect myself. I’ve been in tight places and have seen harrowing things.” 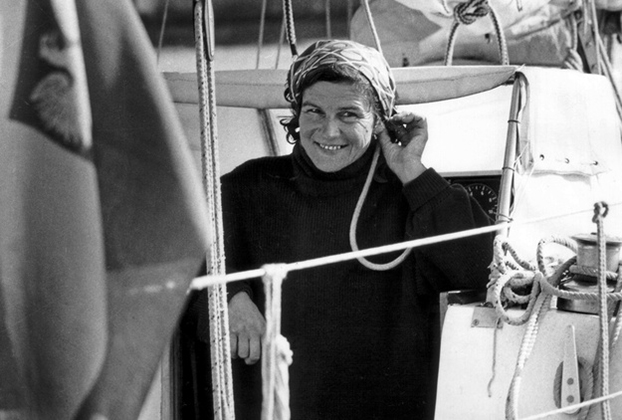 Chojnowska was the first woman to sail solo around the world and she did that in the ’70s. She travelled westabout (east to west) on a boat just 10 metres long, covering 31,166 nautical miles (57,719 km). Her sea voyage took 401 days. 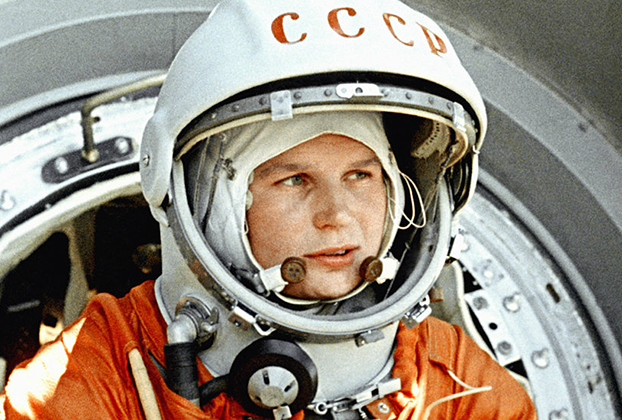 In June 1963 Russian cosmonaut Valentina Tereshkova became the first ever woman to fly into space, travelling aboard the Vostok 6 (I mean, how cool is that!) She was a national hero but also an icon for female empowerment and gender equality. The band Public Service Broadcasting just named a song after her on their new album, which is rather lovely. 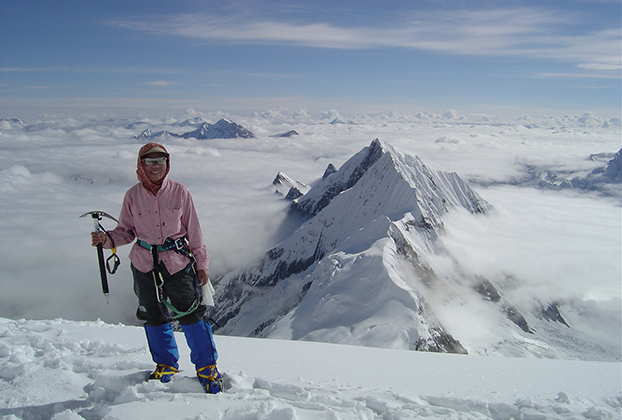 Japanese mountain-climber Tabei is the first woman to reach the summit of Mount Everest in 1975 and she did so leaving a husband (also a mountaineer) and a three-year-old daughter at home.

Of her incredible achievement, she said: “Back in 1970s Japan, it was still widely considered that men were the ones to work outside and women would stay at home. […] Even women who had jobs — they were asked just to serve tea. So it was unthinkable for them to be promoted in their workplaces, [but] there was never a question in my mind that I wanted to climb that mountain, no matter what other people said.” In 1992 Tabei also became the first woman to complete the Seven Summits.