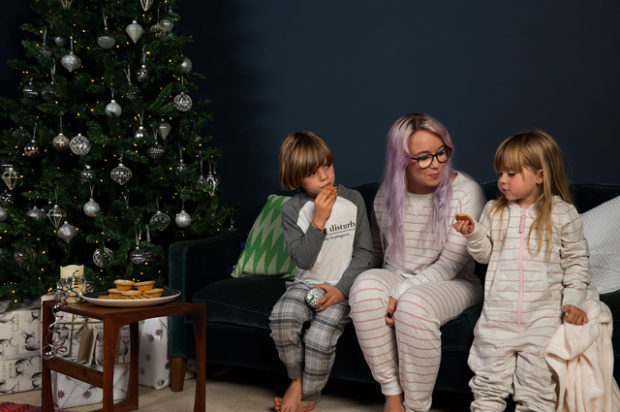 YEP, I SAID THE C-WORD. IT’S THE DAY AFTER HALLOWEEN, WHICH MEANS IT’S OFFICIALLY THE FIRST DAY OF CHRISTMAS!

A few weeks ago M&S asked if they could pop over to our place to recreate Christmas in our house and ask us about our Christmas eve traditions. My first thought was that our Christmas eve tradition is basically bickering over the sellotape. Then my second thought was, “Oh gawd! Our front room is still painted magnolia from the previous owners, how mortifying.” So of course I spent a weekend repainting it Hague Blue. As you do.

Halfway through the shoot we realised we hadn’t put the blinds back up after painting the room. So I’m pretty sure our new neighbours thought we had a photographer, lighting and styling team to shoot our family Christmas card… in September! They think we are THOSE people!

I’ve got to say though, it was pretty magical having a perfect nine foot Christmas tree in our front room. After giving it some thought, I realised we have loads of Christmas eve traditions that have snuck their way into our little family over the years. Here’s how we do it… 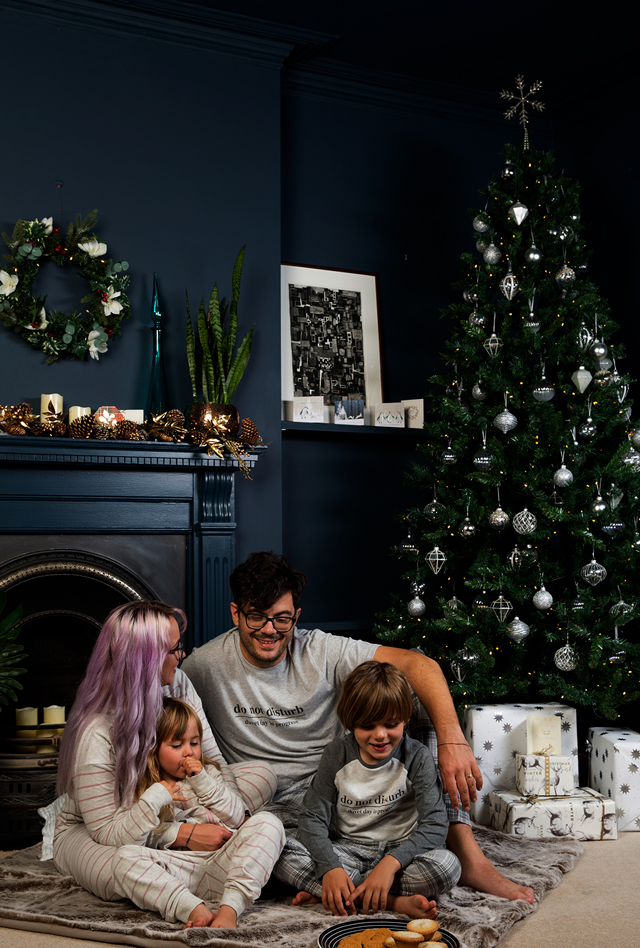 The first thing we do, a few weeks before christmas is magically grow our christmas tree. We have a ‘magic pine cone’… The story goes, that Tom met a mysterious old man on the side of the road selling magic pine cones, he told us to plant it in our christmas tree holder and sprinkle it with glitter, then overnight a Christmas tree will magically appear. Every year, without fail, it appears (with a little help from the neighbours storing a tree we’ve bought the day before). The kids truly believe it and we’ll keep doing it for as long as we can. 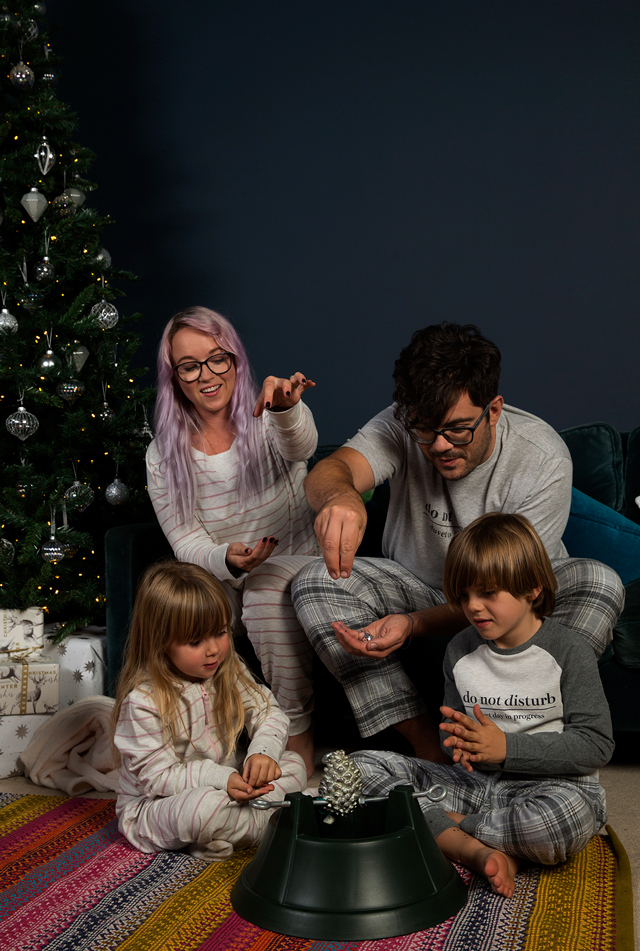 Each year since we got married we have bought one really fancy bauble, so our tree now has 10 fancy baubles (and lots of cheap ones). We write the year on the bottom of them, sometimes they represent what we did that year so there are ones with the kid’s footprints for the years they were born. We even have one from when we went to Tokyo. 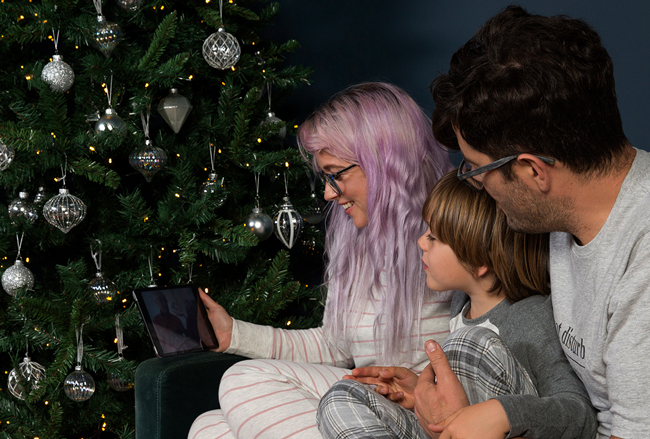 The kids get one present to open – which is always pyjamas. A few years ago they got matching polar bear onesies which was pretty adorable, last year they got matching bat pyjamas from The Bright Company which had bat wings. This year we’ve got cosy M&S PJs. 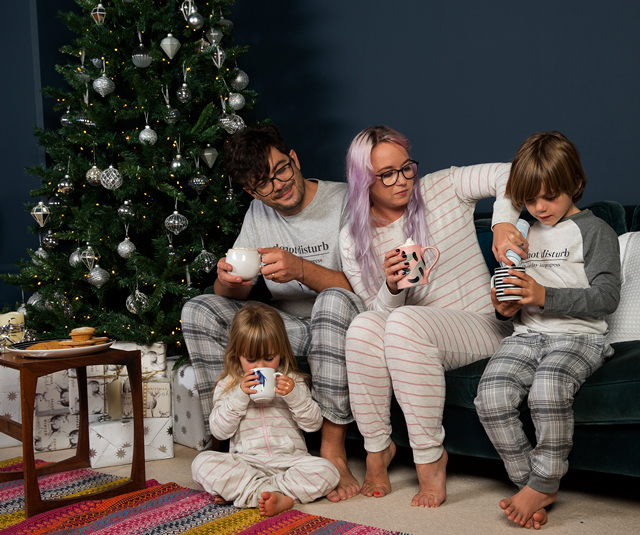 Then we set up our ‘back-to-front Santa’ box which we put next to the kid’s stockings. This is a box of toys that they don’t want anymore. ‘santa’ takes them away and gives them to some other children who don’t have any toys… via the shed for a couple of weeks until we remember to take them to the charity shop!

Right before bed, we read “The Night Before Christmas”. The kids’ godmother in Australia gave us a copy that has her voice recorded reading it, so it’s like she’s here with us. 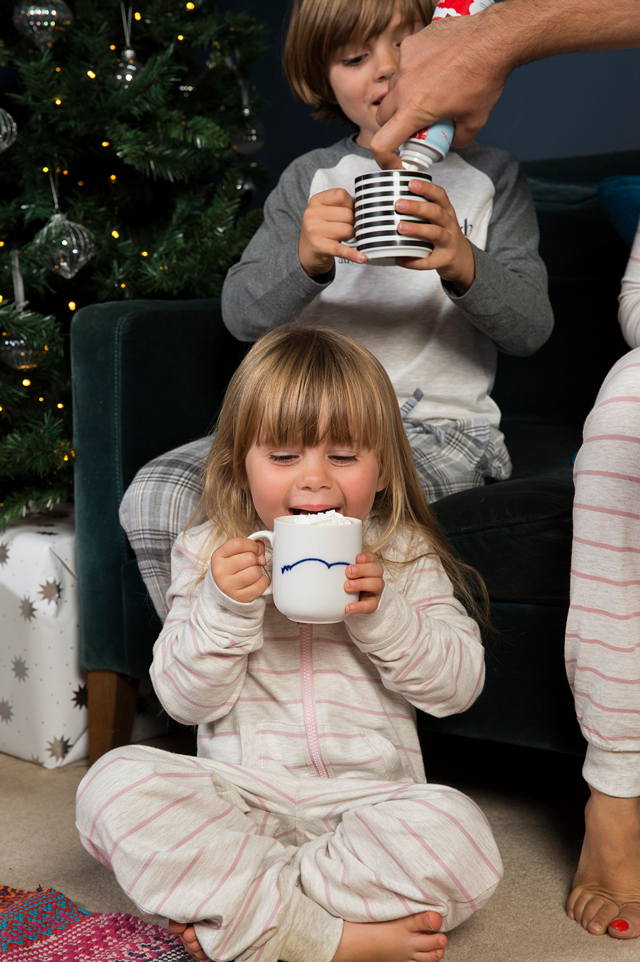 Tom and I are always wrapping presents late on Christmas eve. While we’re doing last minute wrapping, we watch the all time, best ever, Christmas movie, Die Hard and Tom makes a mean boozy hot chocolate. It has cream, orange and brandy in it, it’s pretty amazing. Then if we’ve successfully navigated the sellotape row, we’ll go to sleep….only to be woken 4 hours later!
Are you feeling Christmassy yet?
Take a look at the M&S campaign here and see what Mother Pukka and What Olivia Did have to say about Christmas round at their places.
Tweet