DO NATURAL DEODORANTS REALLY WORK? WE PUT OUR PITS TO THE TEST 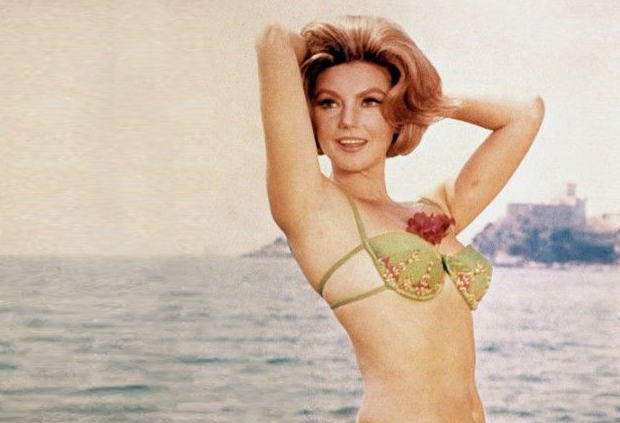 Ladies don’t sweat, they perspire. Sorry, what? Not these ladies. We sweat and we sweat hard. But that doesn’t mean we want to clog our armpits full of chemicals, especially ones that have been linked to illnesses like breast cancer and even Alzheimer’s. So, we decided to put natural deodorants to the test instead. They’ve come a long way in recent years and, while we might have to trade off bone-dry pits for a sometimes slightly damp sensation, it seems a small price to pay for our health and wellbeing, right? Just go easy on the grey marle girls… Margherita tested: Neal’s Yard Remedies Lemon & Coriander Deodorant, £8 I have to confess, I am not a big fan of deodorants as my skin tends to peel off if I use strong stuff (I know, it’s not nice). So, because I’m really careful about what I use, I tried this product purely because of the brand’s reputation. It didn’t disappoint – it’s a concoction of real organic oils plus some denatured alcohol. That’s it. But the smell won me over. It’s like a fresh spring morning. I absolutely love it and so far I don’t seem to smell bad even when I sweat. Talking more practically, it’s relatively easy to use, although aiming is not the easiest due to the traditional spray head (I have missed my armpit a couple of times), and it’s not cheap, so I did consider it a treat. But as I have only used it a week so far, I’m hoping it will be worth the price in the long run. Rating: 8/10 Clem tested: Melvita Purifying Roll-On Deodorant, £11 Surprisingly (I had low expectations) I really like it! It has a lovely smell which isn’t overpowering, and I think it does the job pretty well. I even used it before yoga practice and didn’t smell like Pepé le Pew afterwards, which is all I am asking from my deodorant. It doesn’t leave any white streaks on my dark tops and no yellow staining to report on my white T-shirts. Yep, definitely a winner – will probably buy it when I run out. Rating: 8/10 Celia tested: Faith in Nature Aloe Vera and Chamomile Roll-On Deodorant, £4.15 at Victoria Health As I already use a more ‘natural’ brand of deodorant, my expectations of this performing like a mainstream brand were not that high. On first impressions the scent is light and even though the bottle is labelled for men and women, I would say the smell is more feminine. The roll-on ball is small but the deodorant is not sticky and even when applied liberally, dries fairly quickly. My armpits did not remain bone-dry, but (bearing in mind it is technically still winter) I was not aware of any adverse smells emitting from my underarms… during the day. And don’t be fooled by the clock symbol on the front, as after a night’s sleep I definitely needed to shower and re-apply. I would say this is as good and even a little less gloopy/ sticky than my usual brand and doesn’t stain your clothes or leave tide marks, but if you need something to prevent you sweating, this is not for you. Update: Oh dear – a glimmer of sun and a clingy underarm T-shirt – I can safely say I stink!! Rating: 5/10 Ruth tested: Susanne Kaufmann Deodorant Spray, €29 This product would find it hard to look any less like a deodorant I’m used to. It’s the absolute essence of discreet. No pastel lid. No ergonomic sculpting. No label groaning with chemical contents. So my preconditioning left a confidence deficit and I postponed the challenge several times. But, I was surprised. Quite pleasantly. Get used to the dampness and don’t panic – dampness does not equal stinky here. It has no odour going on, but just perhaps the faintest musky smell after a day’s wear (I start hustling at 7am with two school runs on foot and don’t really stop again until 8pm). Even next morning I didn’t really smell. Usually my underarms go a bit acid whiffy but not with this, thanks to Susanne Kauffman. Rating: 8/10 Emma tested: Dr Organic Lavender Deodorant, £5.49 at Holland & Barrett The lavender fragrance meant I smelled like I’d just burst out of a drawer of fancy lingerie, which was a nice change from my usual Nivea Men 24hr teenage boy smell. The first few days were great, although I didn’t really get up to much. The third day however, I ran into trouble. I was rushing about town at meetings and had time for a quick massage in the afternoon (well, what else do you do when you book a babysitter for a whole day? Go home early at the end of the meeting? Hell no). I had to apologise to the masseur for my left armpit, which was harbouring a mighty stink. I told her it was an ‘experiment’ for the site, at which she raised one perfectly drawn eyebrow. I returned to Nivea the very next day. Rating: 6/10 Selina tested: Green People Natural Rosemary Deodorant, £8.50 This has a pleasant, vaguely herbaceous fragrance – and works! While testing it I had a pretty stressful week; either I didn’t break a sweat (unlikely), or this worked its magic. Pong free! It has a lot to live up to – I’ve been using a natural ‘antiodorant’ by Aussie brand Wild Earth that’s so good I stock up on it during visits home. If this works just as well during summer, I’m sold. But I do have a bone to pick: the lid was impossible to unscrew. I had to use a knife to break the seal (and the bottle has a few scars to show for it). So it loses points for that. Rating: 8/10