EERIE LONDON – A SPOOKY WEEKEND IN THE CAPITAL

Halloween is fast approaching which can only mean one thing, it’s time to plan a spooky weekend in the capital. So, once you’ve painted your face in Day of the Dead fashion (á la like Maiwenn), where should you head if you’re looking to avoid the obvious commercialised events around town and want an altogether more alternative experience for your ‘All Hallows Eve’?

As luck would have it, Celia and Margherita have been scouting out the best eerie experiences and atmospheric places in London with just the right amount of spook so you can dwell and think about times and people past, without the risk of any plastic fingers brushing against your cheek… 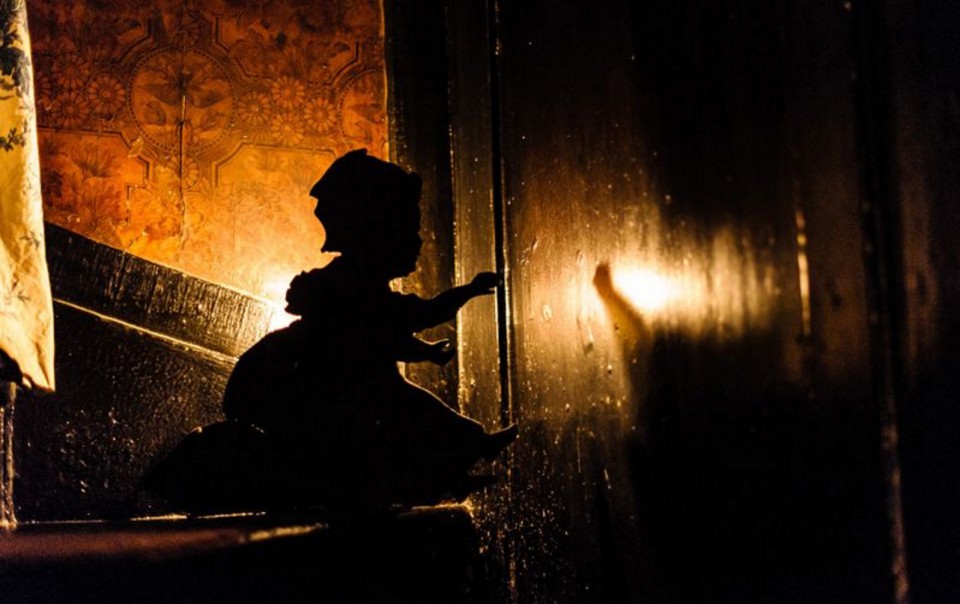 Start pre-weekend on Thursday evening with a silent candlelit tour of Dennis Severs’ House at 18 Folgate Street, Spitafields. The silence will give you the chance to contemplate the passing of time as you explore and take in an intimate portrait of the lives of a family of Huguenot silk-weavers from 1724 to the dawn of the 20th Century. It was Dennis Severs’ intention that as you enter his house it is as if you have passed through the surface of a painting, exploring with your senses and imagination a meticulously crafted 18th Century world. A real eccentric and mysterious gem. 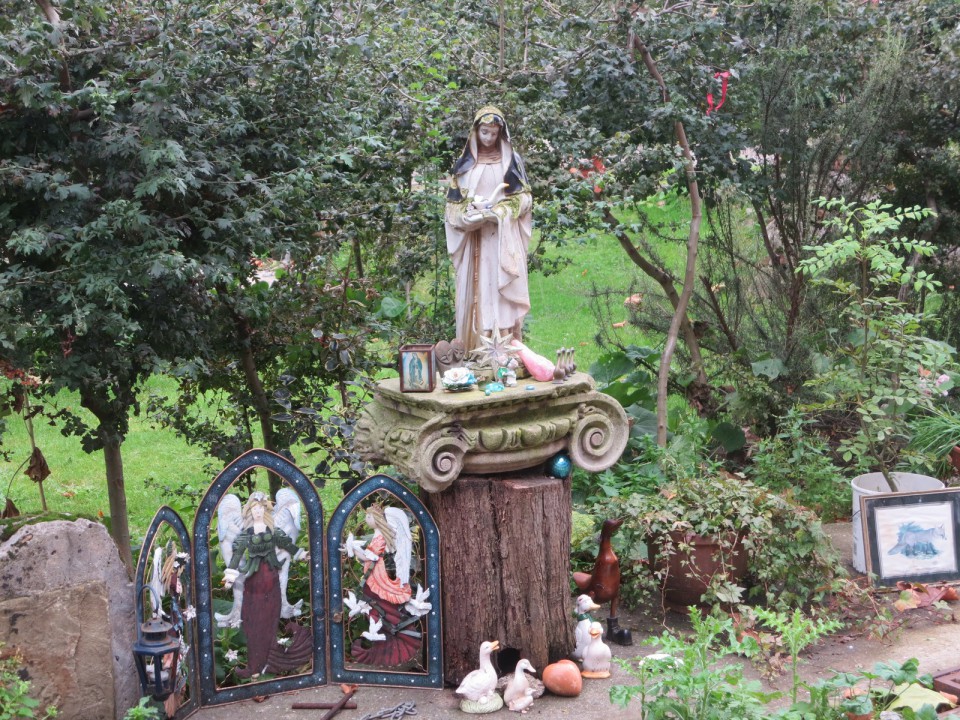 Surrounded by shiny new high buildings including The Shard and parallel to Borough High Street, this little patch of nearly green land has a very sad past as an unconsecrated graveyard. In his 1598 “Survey of London” John Stow wrote: “single women were forbidden the rites of the church, so long as they continued that sinful life, and were excluded from Christian burial, if they were not reconciled before their death. And therefore there was a plot of ground called the Single Woman’s churchyard, appointed for them far from the parish church.” The graveyard was closed in 1853 because it was “completely overcharged with dead” and excavations in 1992 by the Museum of London revealed an overcrowded site with many bodies showing evidence of disease including smallpox and syphilis – the adults were mostly women aged 36 years and older – around a third of the bodies were of babies unborn or less than a week old. This is a place to go and remember the less fortunate in London’s history. It is now being turned into a memorial Garden by local group Bankside Open Spaces. Visit this memorial garden to remember the poor souls that have been long forgotten or attend The Halloween of Crossbones a procession which starts with a performance around the corner at The Table Cafe and ends at the Crossbones Memorial Garden with a candlelit ceremony. 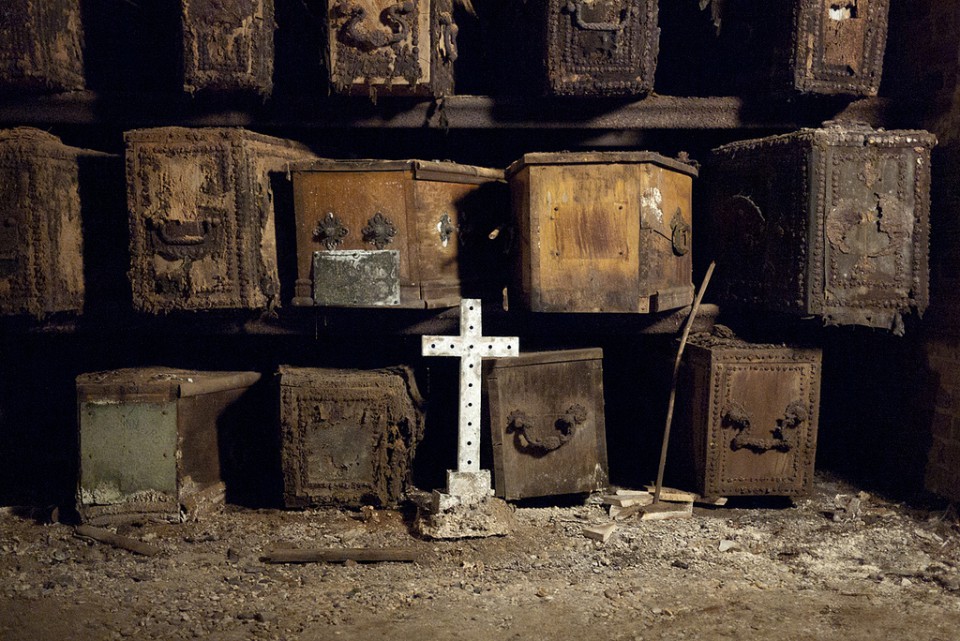 To visit West Norwood Catacombs needs a little advanced planning, as you need to first become a member of The Friends of West Norwood Cemetery to get a tour below ground. And we have to admit that a visit to these catacombs might be a step too far for someone with mild claustrophobia, but it’s definitely an incredible and eerie experience! 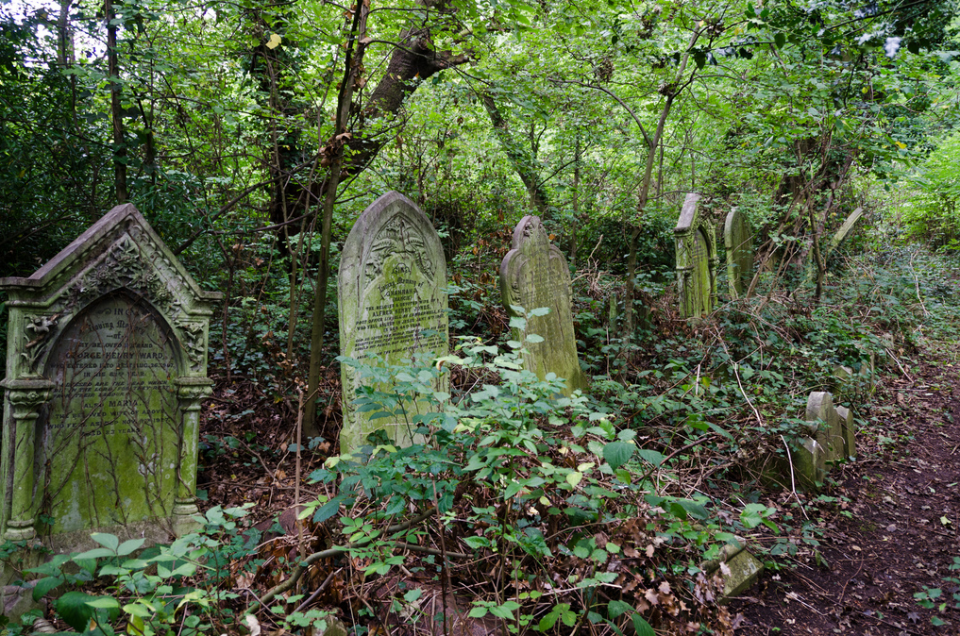 It is said that Nunhead got its name after a rebellious Mother Superior refused to close her convent during the infamous dissolution of the monasteries in the 16th century – as punishment she was beheaded and her head stuck on a pole as gory memento that being Catholic was not in fashion anymore.
Perfect for a daytime stroll, Nunhead Cemetery is one of the most beautiful Victorian cemetery in the capital and definitely won’t disappoint if you are in search of history, an atmospheric Halloween start-off, or even just a walk in the wilderness – much of it is overgrown and slightly creepy with a touch of forgotten elegance. And at the end of your walk you can stop off at The Old Nun’s Head for a well deserved pint. 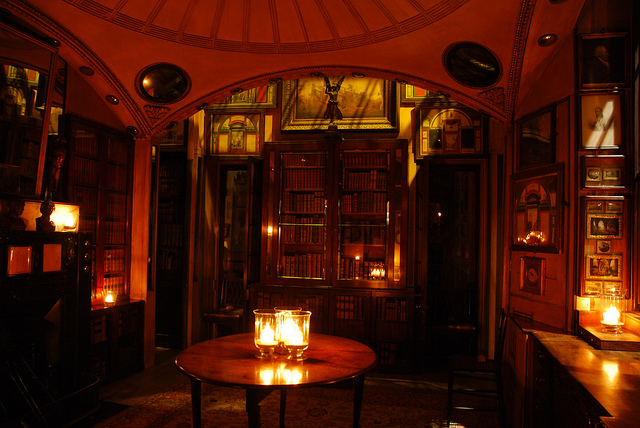 Another incredible site to be experienced at candlelight, the house of Sir John Soane is not only a historic building and a museum, but a labyrinth of architectural and Victorian quirkiness, which comes to life when lit the way his original owner and designer had intended. Open on the Saturday 31st October 10am-17pm, entry to the museum is free, but we’d really recommend a visit on the evening of Tuesday 3rd November, the perfect treat to wrap up Halloween. Just make sure you start queuing up early, as only the first 200 people get in – and if you can’t make it on the 3rd, the museum has a candlelit evening every first Tuesday of every month.

Celia Richardson is an interior designer with 15 years’ experience on retail, restaurants and residential projects. Making spaces look and feel beautiful, like somewhere people want to spend time, is what drives her. Her own design venture, Richardson Studio, is what she focuses on when she’s not wrestling her two young children into stylish Scandi wear (that includes H&M right?).