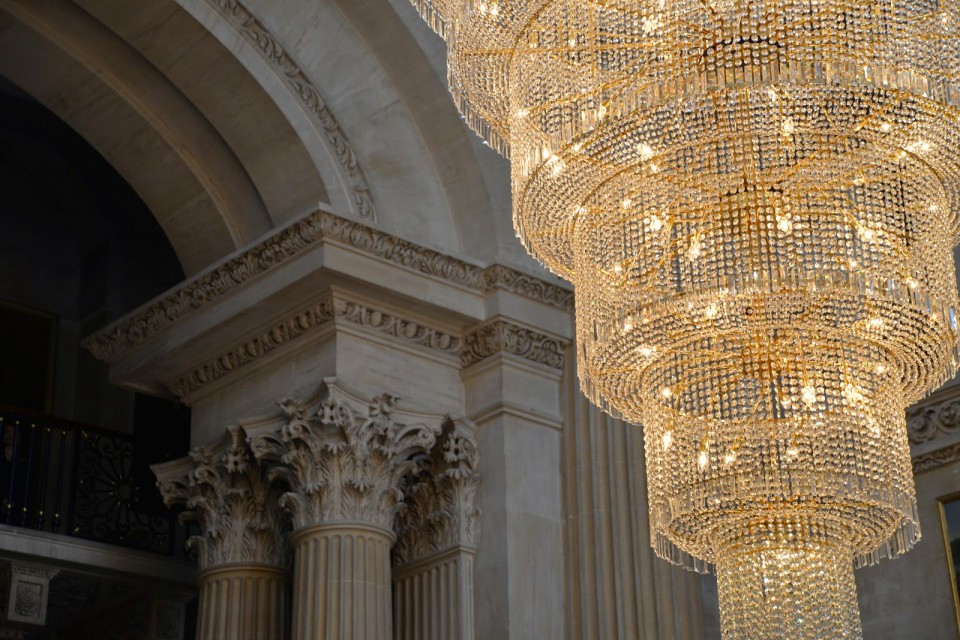 Posted at 02:01h in ARCHIVE by Margherita Poggiali
Share

The majority of us Londoners like living in this sprawling city because here you have the feeling you can do almost anything, whenever you want. You can catch Matisse at Tate Modern, Pina Bausch at Sadler’s Wells, or some of the best architecture there is, not to mention the parks, the museums, the movies, the kick-ass gigs and a plane to nearly anywhere in the world. But that is, if you want. In reality we all have busy lives and the laundry to do, so only a few of us really manage to take advantage of all the wonderful things that happen on our doorsteps.

Once in a while, however, your birthday comes along and you’re taken on a little adventure with no excuses. That’s what I did last week. And I suddenly discovered Blenheim Palace and played hide and seek with Ai Weiwei – all just an hour’s train ride from London. Best birthday celebration ever.

At the beginning of October, the Blenheim Art Foundation was launched with a bang, showcasing throughout the Palace, and its grounds, the UK’s largest display of Ai Weiwei’s artworks to date.

The exhibition is a riot. It’s controversial, thought provoking, high fun and ironic. A sea of porcelain crabs hungrily invades a baroque state room. A rice bowl the size of an armchair full of pink freshwater pearls dominates another. A crippled Qing Dynasty table sits in the middle of an exhibition about Sir Winston Churchill’s life. 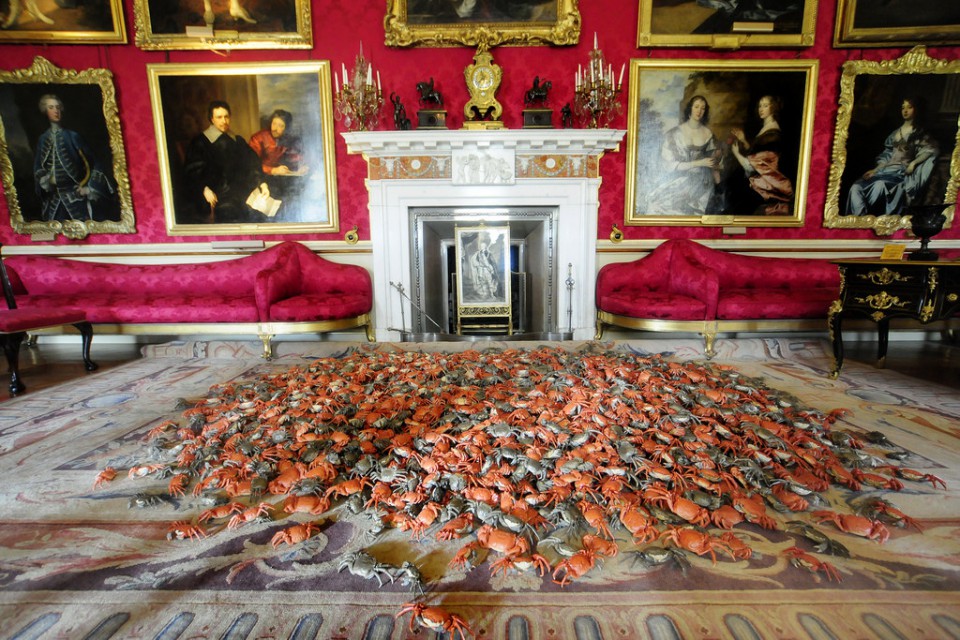 Some of Ai Weiwei’s strongest and more outrageous work is nested within the fabric of the Palace with such consideration that in some cases, if you didn’t know about it or were unfamiliar with some the work, you might not actually realise it was the product of a dissident Chinese mind and confuse it for another one of the Palace’s own pieces instead.

In fact, no information is offered. There are no words, no summaries, no titles. After entering the Palace I spent a full 10 minutes admiring that imposing giant chandelier without a clue that it was the first Ai Weiwei piece I was seeing. The only explanation is offered by way of a small leaflet indicating which artwork you encounter in which room, but not what it means to say. So you are finally left to discover and create your own meaning behind each work, joining the dots that you prefer, rather than following someone else’s thread.

And that’s where the beauty of this exhibition lies. It becomes a huge, fun treasure hunt through the Palace and its grounds to look for each piece, but each moment of discovery keeps subverting your concepts of contemporary art, affluence, time and socio-geographical borders.

Exploring Blenheim Palace estate is a real pleasure on its own. Built in the 18th century for the Duke of Malborough and designed by Vanbrugh and Hawksmore, the Palace is really beautiful and layered with history. It’s also the birthplace of Sir Winston Churchill (and very proud of it) and the grounds are magnificent. Here cows are fat, people drink High Tea and Turner paints the clouds. Soft green land stretches in front of you when you exit the grand building, and there’s even a lake. In short it couldn’t be more British and the whole thing makes Downton Abbey look like a garden shed.

It makes me think that many other contemporary artists might have shied away from exhibiting here. But Ai Weiwei has a reputation for dissidence and disobedience and he doesn’t disappoint. Despite still being unable to leave China to date, he has approached the curating of this exhibition as if it was a new piece of work. And by way of architectural plans, detailed drawings and 3D models, he has carefully and flippantly taken on the size and riches of Blenheim Palace, creating a display that puzzles some of the more conservative Palace visitors (ahaaa the Daily Mail!) in such a way that they often end up being one of the funniest highlights of the exhibition themselves as they tut and sigh their way through the Palace. 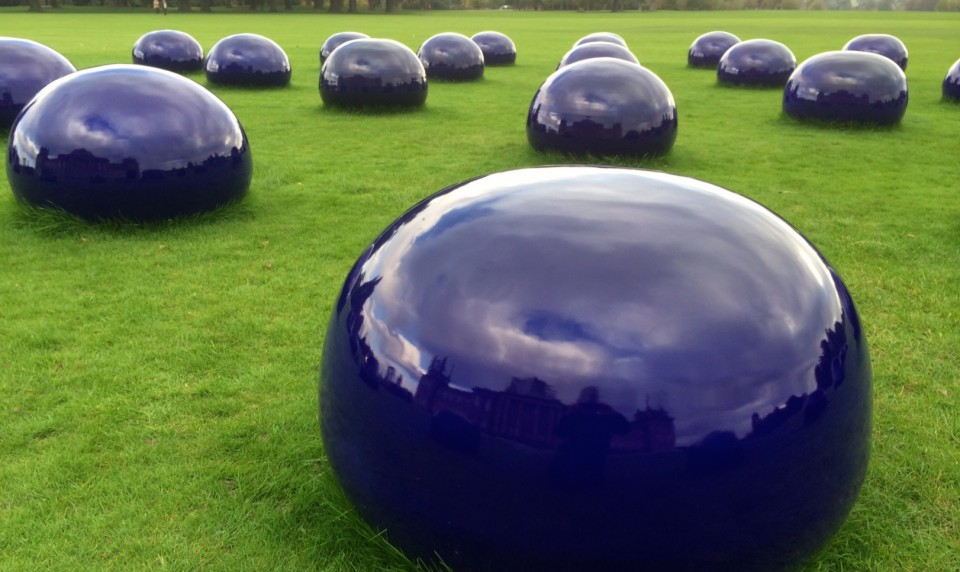 By mixing together one of the most famous living Chinese artists with centuries of British “Lordy” affluence and a healthy dose of thrill (and a gift shop), this exhibition irreverently flicks the finger (like in the artist’s Study of Perspective) to both contemporary art’s ‘white box’ presentation and the intimidating opulence of a stately home, making them a lot more approachable.

This is Britain at its best. A place where dissenting elements sit next to each other and mingle. Where softly spoken tea-loving country folks, Chinese tourists of all ages, and experience-hungry Londoners (who generally don’t venture beyond the M25) finally come together. Wincing maybe, but also having a laugh, and respectfully offering each other new views of the world while creating space for new thoughts.

HOME MADE HOT CROSS BUNS – A NEAR RELIGIOUS EXPERIENCE