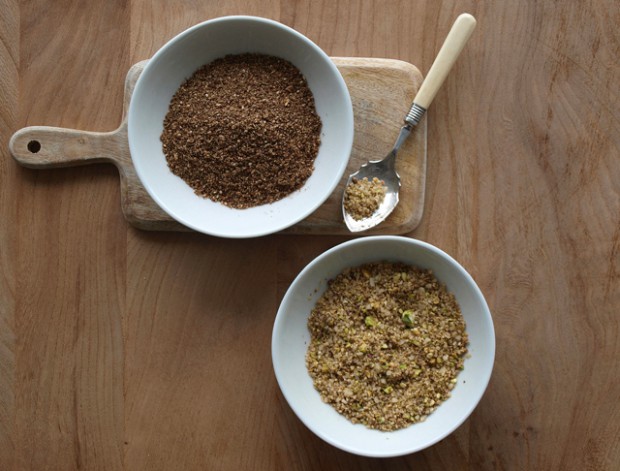 Back in my lovely little flat in London, my most favourite place was the conservatory kitchen with its old-school open shelving: great for displaying vintage kitchenalia, not so much for disguising my stage-5 status as a Hoarder of Spices. Yes I need at least two kinds of ras el hanout (one has rose petals!) and an industrial-sized tin of La Chinata’s hot smoked paprika.

I sadly had to re-home most of my collection before moving overseas, and have since been making a mad scramble around Singapore in search of my favourite spice blends. Two of my Middle Eastern favourites, za’atar and dukkah, have proven a tad elusive, so I’ve whipped up my own.

Za’atar is a herbaceous mix of thyme and oregano (and sometimes marjoram) that gets its depth from toasted sesame seeds and a bright lift from the addition of tangy sumac. It’s brilliant sprinkled over homemade hummus or fried eggs, mixed with olive oil for a paste that you can slather over Lebanese bread and, if you’re a Yotam Ottolenghi fan, it features heavily in his recipes from roast chicken to butternut squash.

Dukkah is a textural treat blending nuts such as pistachio, hazelnut or almond – I use macadamia and pistachio – with cumin, toasted sesame and coriander seeds for a little kick. Use it to coat lamb cutlets, sprinkle it over salads or soup or bring your bread-and-dip game up a level with a bowl of olive oil and dukkah. Divine.

Here are my versions: 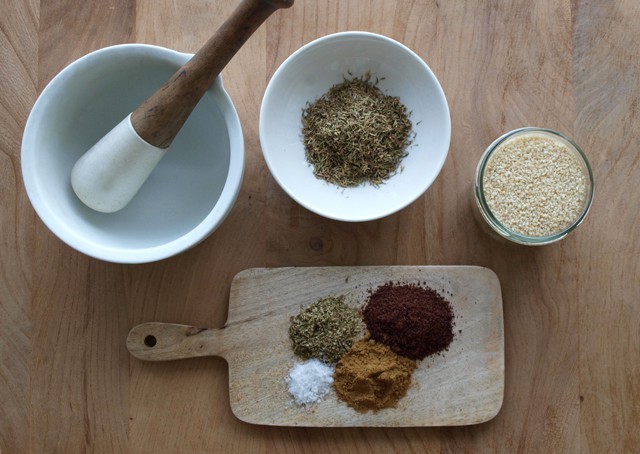 1. Toast your sesame seeds in a pan until golden – do this slowly and gently as they can easily burn.
2. Combine the sesame seeds with the remaining ingredients. If you have the patience, grind the mixture with a mortar and pestle to release some of the sesame oil. Alternatively, give the mixture a quick whiz in a food processor: this method makes the texture a little more uniform.
3. Store in a jar in the fridge – it can keep up to three months, if you manage not to eat it all before then. 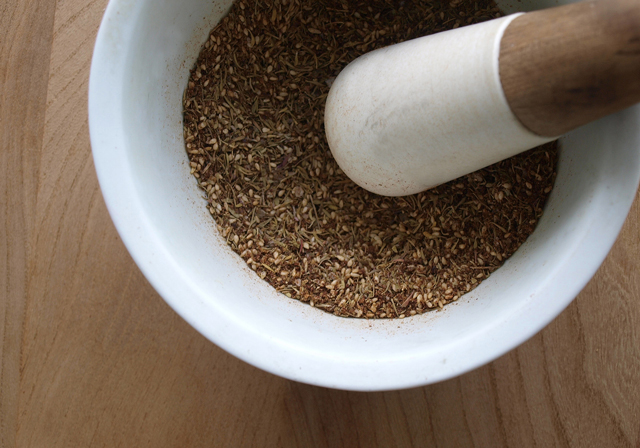 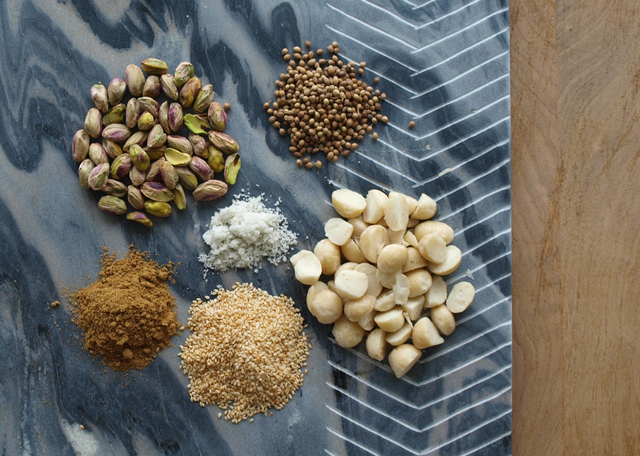 1.  Gently toast your sesame and coriander seeds in a pan until the sesame is golden and the coriander is aromatic.
2. Transfer the sesame and coriander seeds to a food processor, along with the remaining ingredients, to a food processor and pulse the mixture until the nuts are coarsely chopped: you want to combine the ingredients but retain the texture of the nuts, so go slow or you’ll end up with a paste.
3. Transfer to a jar or airtight container: you can store dukkah at room temperature for about a month, but first grab some good bread and olive oil for dipping! 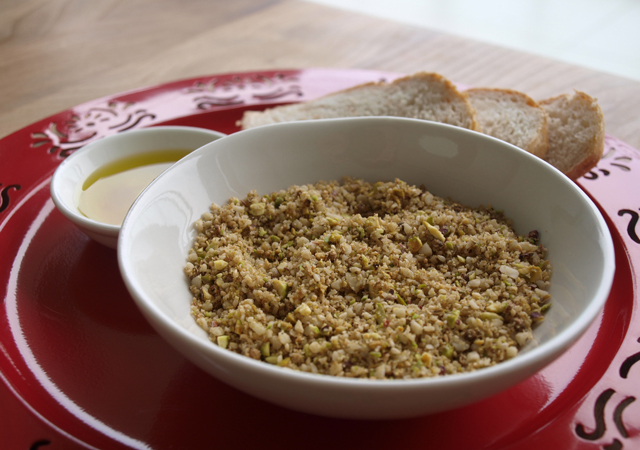 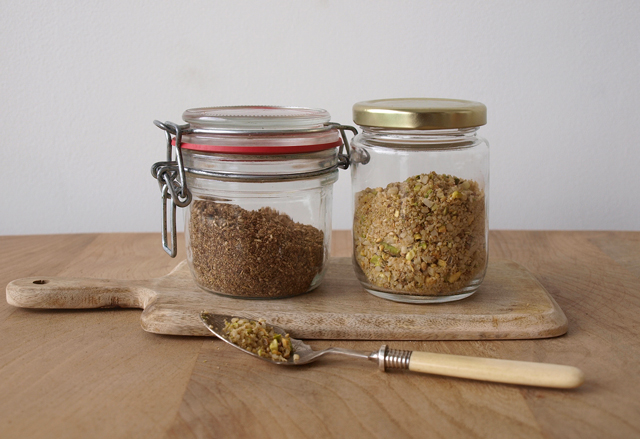