SURVIVING THE TERRIBLE TWOS – DO THE TANTRUMS EVER END? 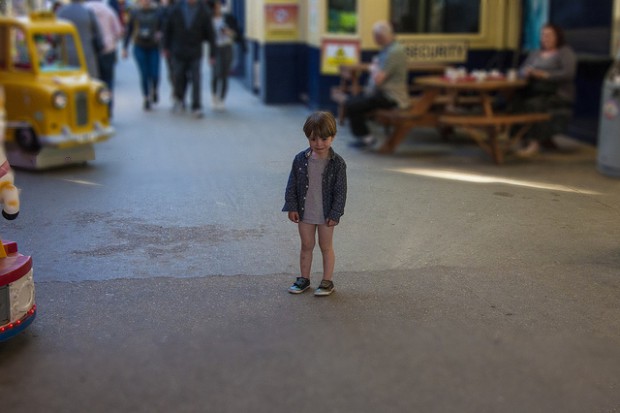 Cue ‘floor drop’: Elliot is not leaving without a fight.

ONE FROM THE ARCHIVES: Selina’s toddler taming tips…

So, last week my two-year-old threw a tantrum so epic it landed us in A&E at our local hospital – not because of an injury (a minor miracle), but because a GP, whom we’d seen about a recurring cough, declared he was “unapproachable”, and that while he was “probably fine”, he’d have to be examined in hospital. In the emergency department. Where, after he made another scene that required the intervention of an iPad-wielding Play Specialist to calm him down, he was, of course, declared to be fine. Aside from suffering from a common cough that would go away on its own and being a toddler capable of tantrums that look like demonic possession.

But let me rewind to the start: after a 40-minute stint in a medical centre’s waiting room, no amount of book reading, illicit snacks or even free rein with the iPhone was going to prevent the inevitable meltdown. There are several signature tantrum moves, which I’ve noted below. You’ve probably seen a few of these in your day:

• The floor drop: a swift collapse to the floor – often an immediate response to the word ‘no’.
• The worm: often the next move after the floor drop, this manoeuvre involves sliding backwards across the floor until a wall or piece of furniture forces the child to come to a stop. Also known as ‘the backstroke’.
• The octopus: limbs flailing – child appears to have twice the number of arms and legs.
• Dying swan: also known as ‘the banana’, this involves bucking and twisting the body in a way that is, to borrow a phrase from this brilliant book, barely mammalian. Often executed when parent attempts to strap child into a buggy to get the hell away from the general public.
• The faux choke: eerily perfected by toddlers, this technique involves forcing out one’s cries so it sounds as if you’re choking. And everyone around wonders if they should call Social Services.
•  The deadweight: refusing to move, so the parent is forced to drag their child down the street/off the beach/out of the sandpit etc etc etc

On that fateful day, my dear boy performed all of the above. He’s talented like that. There was wailing and gnashing of teeth. Chairs were dragged around the room. He even banged his head on the floor as an entire waiting room full of people watched in horrified silence while I tried to calm him down.

Because that’s what other people do, right? They look on in silence, while you feel as if you’re the only parent in the world who can’t get their act together and defuse the situation.

But, dear hapless parent, you’re not alone. We’ve been there. And here are some of our horror stories (and survival tips) so that next time your kid goes over the edge, you’ll be grateful there’s always somebody else’s spawn that goes even more berserk.

KELLY’S HAIRCUT FROM HELL:
About four months ago I took my son for a haircut (which he hates), that was beyond disastrous. He started sobbing as soon as he sat in the car-shaped chair and gradually curled into a tight ball with head in lap, hands on head with the angry noises/crying growing louder. The poor girl was still trying to cut his hair too! Just when I thought it couldn’t get any worse, he glanced up through his fingers to look in the mirror then turned to the hairdresser and screamed in pure Exorcist style: “I hate my haircut!”. I died. Then they tried to offer him a balloon and I was like I DON’T BLOODY THINK SO! That sent him even further into to the darkest depths of rage and I had to practically drag him home and go back later to pay. Totally horrific, and it explains why George is still sporting a horrendous shoulder-length mullet.

CELIA’S POOLSIDE PUBLIC HUMILIATION:
My little girl fell off the bench when I took her swimming and scratched her entire stomach… she then had a full-on tantrum shouting “No I need my daddy!” And wouldn’t let me comfort her – I looked like a right jerk in front of all the other mums while I was asking things like “Do you want Bunny?” (Sounds stupid but usually Bunny does work!) I just felt as if people were thinking (a) I had abducted Winnie or (b) I was a part-time mum who Winnie didn’t like!

EMMA’S TERROR IN TOKYO:
We were in Tokyo on holiday. I went into a department store. From the outside it looked like a regular department store, but when we got inside, I realised it was nothing of the sort. Ten floors of luxury goods and breakable things. Elliot ran to a knee-height table of Tom Ford glasses and pushed them all onto the floor. I tried to scoop him up but he went into full-on octopus mode. Arms and legs flailing everywhere, arching his back, wailing. Being seven months pregnant, I couldn’t lift him so I let him freak out on the floor. He did a sort of backstroke manoeuvre, sliding across the marble floor under people’s feet. It was at this point there was an announcement over the loud speaker, IN ENGLISH: “Parents, please make sure children are supervised at all times”. As his backstroke took him towards an escalator I grabbed him by the ankles and slid him, screaming, on his back, to the lift. Once in the lift I looked for the best place to take him. Tenth floor: ‘Rooftop Garden’. We get there and I release him into the wild. “Run! Run!” I scream and toss the shouty mess into the poshest Zen garden in the world. He messed up all the pebbles. I didn’t care. You will never see a Japanese kid do this. I was the spectacle of the century.

See, that bonkers behaviour from your child is perfectly normal. Here’s what we do to try to stay sane:

Clem: If we were out and about I used to strap my daughter into the pushchair and turn it around or even push her as far away from me as I could. Now I just tend to ignore it: I still send her upstairs to her room if we are at home. I can’t stop the tantrum, but I don’t want to hear it!

Kelly: I can be a bit zero-tolerance, but my technique varies depending on where the tantrum happens and what we’re doing. If at home it’s Naughty Step every time. If we’re out and doing something fun/nice for him then there’s a warning that it will stop if he doesn’t behave. When he was three I had to haul him off the beach screaming at the top of his lungs – I had him by one arm, and a deck chair, umbrella, sand toys, towels, bags and boogie board all in the other. I really didn’t want to leave, but I’d threatened it so I had to follow through.

Ruth:
At home, and not in company, I tend to let them go all out (safely) and get it out of their system, which does usually happen. I return, saying calmly, “That’s a horrible noise – please stop making that horrible noise, no one wants to hear all this noise” and my son generally makes a lot more, but just for a moment and then he generally eases up and gets self-conscious and upset at himself (poor sausage).

But in public, I scoop them up and take them away from the place they’ve let rip on and generally hold them quite tightly until all the angry shit has been lost out of their bones and there’s tears but no flailing around.

And here’s some professional advice, because I asked my doctor (who’s a very well-respected consultant at St Thomas’ Hospital and not the fool from the walk-in medical centre who sent a child with a cough to Emergency) what to do:

Be firm
Be consistent
Use positive reinforcement

And if you suspect they’re doing it to seek attention (my critter looks at me to make sure I’m watching), turn away.

The carers at my son’s nursery agree. As soon as a child does the ‘floor drop’, they turn away. No eye contact; no acknowledgment. The wailing and thrashing tends to ease off pretty quickly if they aren’t getting attention to fuel their fury.

But the general consensus amongst mums in the firing line is that as long as your kids are safe and you never lose control yourself, just do what you’ve got to do – and try not to get stressed out worrying if people are judging you.

And on behalf of all of the Ladyland women, to all of our mums, please consider this a public apology for everything we’ve put you through. Karma’s a bitch.