THE WORLD CUP – LADIES, THERE IS A BRIGHT SIDE 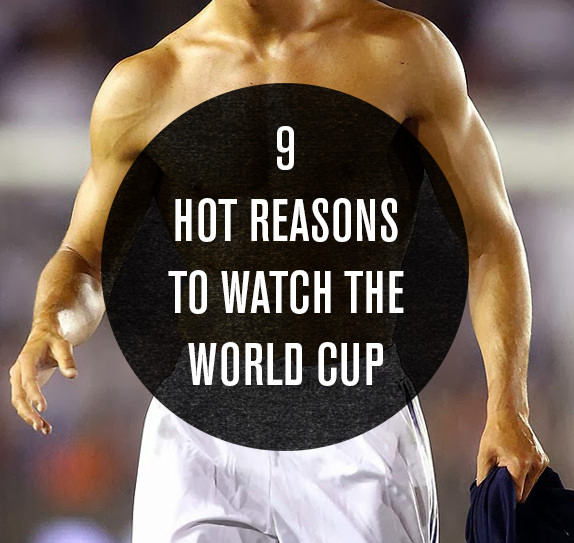 Let’s get straight to the point. Even the most unbothered gal has probably mustered a dot of interest in the World Cup for her home nation. But when they’ve been knocked out of the group stages (ahem, England) it’s worth trying to develop an angle that makes the subsequent weeks of intense football watching you may be subjected to just a little less monotonous.

If you’re hoping that angle to be about tactical polarity between the European and South American teams, it’s not here. Nor will you read more on the former’s hard-running style vis a vis the latter’s natural flair and panache. No, no, no. Here we’re just looking at very good-looking players.

First up, and please catch me if I faint:

Team: Italy. Position: Midfield (you can use the buzz word ‘playmaker’). 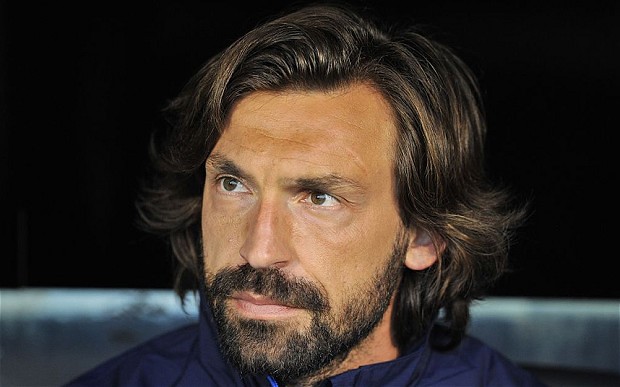 FACT: His nickname is L’architetto – as in The Architect – one of the most lethal players from a ‘dead ball’ (eg free kick) situation in the game.
FACT: Pirlo is a massive wine connoisseur.
FACT: Pirlo is a heady mix of being delicious to look at, physical, a thinker and a bit bonkers. Ticking the attractively arrogant box, he says in his autobiography “I think therefore I play”, of his appearance: “If I look in the mirror when I get up, or before going to bed at night, I see a man of average ugliness. With stubble, an unruly mane of hair, a squint nose, slightly protruding ears and bags under my eyes. But I also see a man who’s completely happy with the figure staring back at him.” Hmmmm.
MATS HUMMELS
Team: Germany. Position: Central defender. 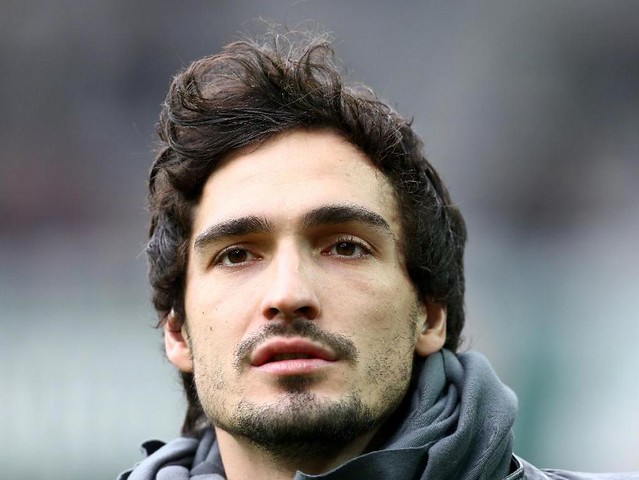 FACT: One of the best defenders in the Bundesliga (professional league in Germany… think England’s Premier League).
REPORTED FACT: There is a suggestion that he may move to Manchester United in a season or two. Happy days Mancunian brothers and sisters!
SHARE THIS FACT: His girlfriend Cathy Fischer was voted WAG of the year in Germany in 2013. WAG of the Year??? How have we let this happen, women?
GÖKHAN INLER
Team: Switzerland. Position: Central midfield and Switzerland Captain 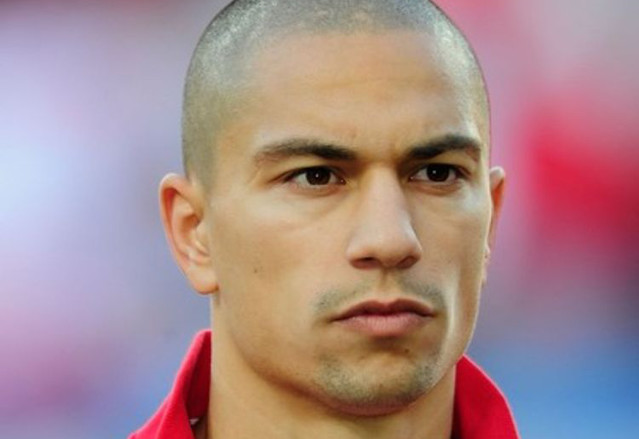 FACT: Inler was born in Switzerland to Turkish parents. He has played for Turkey as well as Switzerland.
KUDOS FACT: The Switzerland team is possibly the most cosmopolitan team in the World Cup, with more than half of its players being second-generation immigrants.
ASAMOAH GYAN
Team: Ghana. Position: Striker. 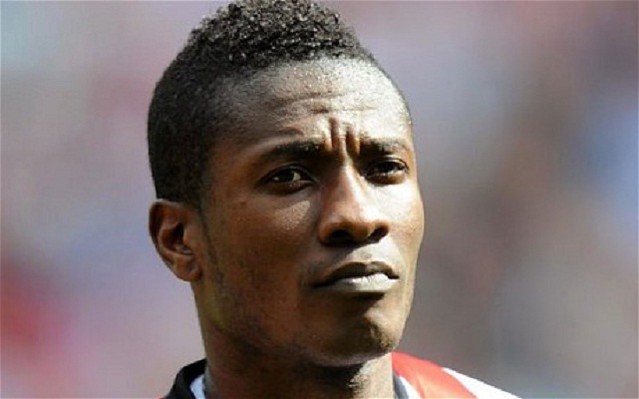 FACT: An African football superstar of mega proportions… I love this one!
REPORTED FACT: This week he took a personal phone call from the Ghanaian President over a dispute about appearance bonuses. Such is his standing it is reported that a plane was quickly dispatched with three million dollars in cash to Brazil.
SHARE THIS FACT: Wikipedia would have it that while at Sunderland FC (2011) he set up a mobile disco at weekends and performed at Steve Bruce’s wife’s birthday. However there is real evidence of his hook-up with hiplife rapper Castro. But his current buzz is being a boxing promoter. The man has his fingers in pies.
BETO (full name António Alberto Bastos Pimparel)
Team: Portugal. Position: Goalkeeper. 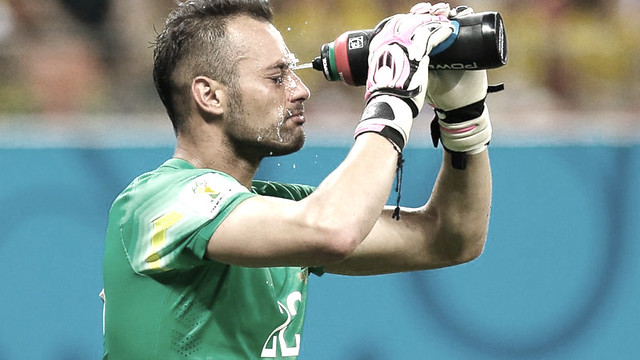 FACT: Best name on the list
FACT: At 5ft 11” Beto is a bit of a shortie in the Goalkeeping world…but I don’t think it’s an issue in this context really. That jawline…
KUDOS FACT: He has seriously impressed as a goalie, saving two penalty attempts when the 2013-14 UEFA Europa League finalists, (Sevilla FC and SL Benfica) went to a shoot-out. His team Sevilla won.
DALEY BLIND
Team: Netherlands. Position: Left back/defensive midfield. 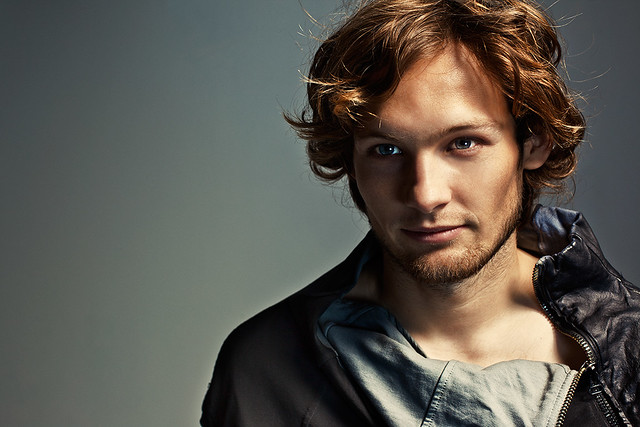 FACT: Some names leave you wondering, don’t they? He is the son of Danny Blind, ex Ajax defender (this is not a cleaning product).
SHARE THIS FACT: He won Dutch Footballer of the Year last year. Say this to sound authentic: “Such an accolade for a player so young”.
ROY MILLER (full name Roy Miller Hernández)
Team: Costa Rica. Position: Left back. 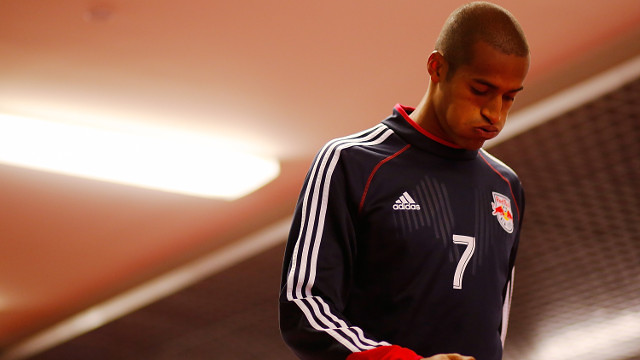 FACT: In domestic football, Miller plays for the New York Red Bulls.
REPORTED FACT: He may be good looking, but he is rather error-prone. Don’t mention the 2013 New York Red Bulls fixture against the San Jose Earthquakes which he essentially lost by himself through multiple fluff ups… not that you were going to mention it of course. That’s most unlikely. More importantly, who lets professional football in the USA get Disney-fied with team names like these: as if the FA would ever allow the Chelsea Buns or the Tottenham Hotspur Tornados.
KYLE BECKERMAN
Team: USA. Position: Midfield. 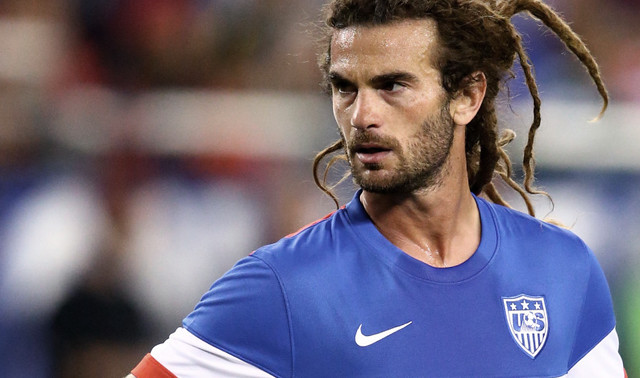 HAIR FACT: Not the typical image of a modern footballer; more usually all shaved, quiffed, mohawked, rock-a-billy-ish. But Beckerman’s signature dreads are loved by Joseph Miano no less, from the Serge Normant at John Frieda Salon, in New York. “He’s definitely my favourite. Those long dreadlocks require you to make a real commitment. It’s a rarity,” says Miano. He goes on: “‘They look amazing. Out of any sport, soccer is definitely the most trend-setting in hair.” You can hear the voice can’t you?
SHARE THIS FACT: As a freshman he won a state wrestling title.
LAURENT CIMAN
Team: Belgium. Position: Defender. 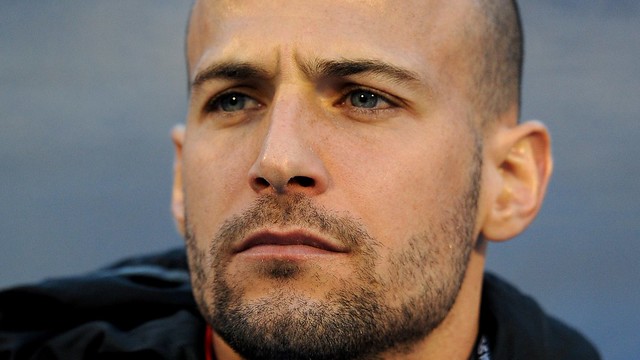 FACT: Slender, solid in the tackle and a clean passer of the ball.
SHARE THIS FACT: Only eight international caps for this guy, so keep a look out for him in the future. Oh, and with those eyes all intense and purposeful, you will remember him; just don’t mention that bit too often.
2014
Tweet

In a former life, Ruth Howes left Norwich for London with nothing but £1k to her name and big ambitions – and went on to enjoy a five-year riot as a girl about town, working like crazy in special events management. Her expertise was producing fancy dinners, fashion shows and celebrity supported events at the likes of Claridges and St Paul’s for Breast Cancer Care. Falling in love and having two kids gave her a different focus and she’s back to her first passion, finding meaning as an artist (map illustrations and sculpture are her thing) and a crafter of sporadic and eclectic output. Ruth is a letter writing enthusiast, has a penchant for lace and quietly stalks Alice Temperley on Instagram. She’s also a wannabe window dresser with a fantasy that one day she’ll be asked to do Liberty’s windows.