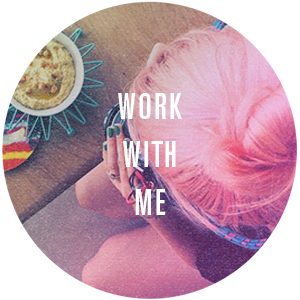 NEED SOME DESIGN-LED FAMILY CONTENT? I CAN SORT YOU OUT.

Ladyland has produced digital content, photoshoots and events for big brands that target millennial women. Take a look at some of my favourite projects below and email me at thisisladyland@gmail.com.

I am also a creative director, graphic designer and brand strategist with over 15 years experience in the design and advertising industry. For any brand strategy or design enquiries, take a look at my branding agency’s website Junction Studio. 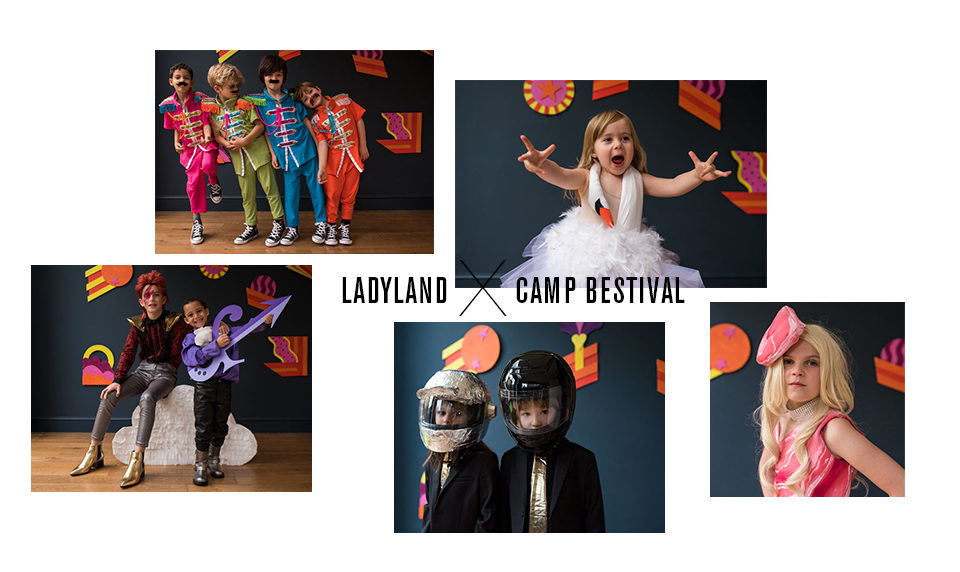 The theme for Camp Bestival 2017 was announced right here on Ladyland. After seeing my 2016 Halloween shoot they gave me the dream brief, to create a photoshoot with a gang of mini rockstars. I made the costumes, styled the shoot and shot it in my studio with 13 models aged 2 to 12. It was the best kind of chaos.

The images have been used on their social channels and in the press to promote the event. 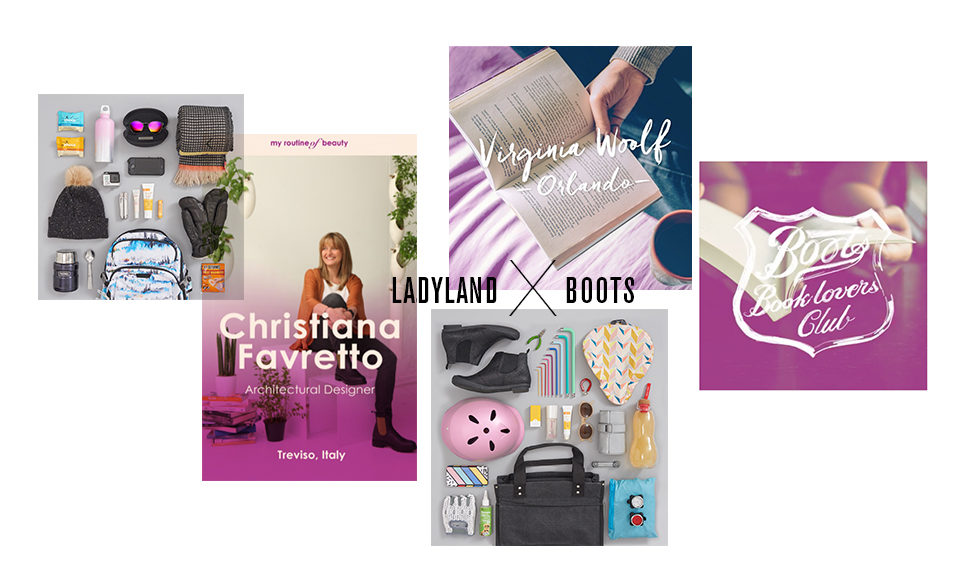 Ladyland was approached by digital agency OMD to create content for Boots Laboratories, the European offshoot of No7.

Together with some of my Ladyland contributors, we produced a series of content marketing pieces targeting women in their 30s for their digital campaign championing strong, independent women which was translated into French, Spanish and Italian. Content included a monthly book club, a still life photoshoot and a series of interviews with female entrepreneurs about business, family and skincare. 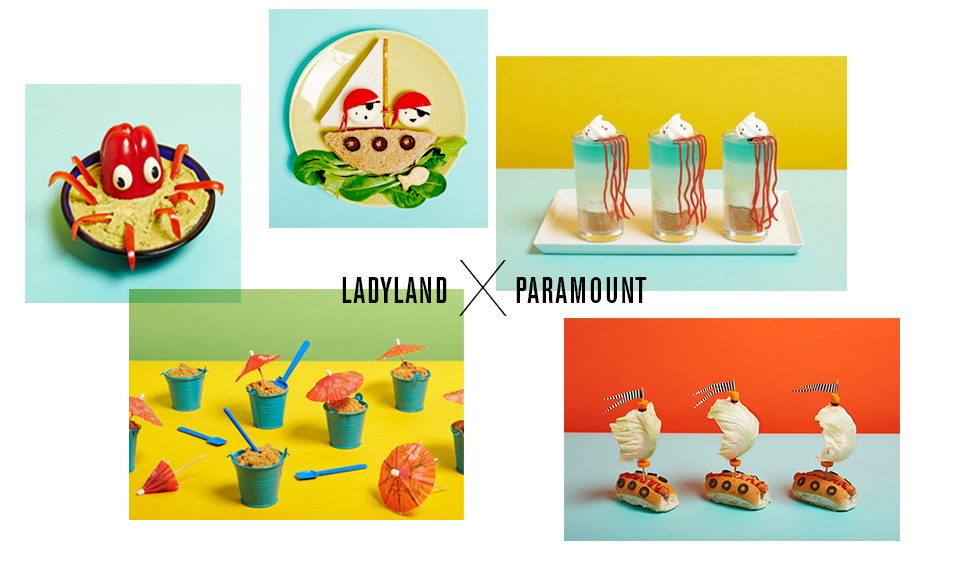 When Yahoo called and said “Do you do fun food shoots?” I said “HELL YES!” and I got the Ladyland ladies on board.

They asked us to create content for a worldwide campaign with Paramount Pictures for the new Spongebob Movie. We produced a shoot and wrote recipes for 10 different kids party food ideas including an octopus bathing in guacamole, a family of Baby Bel pirates and a sea battle performed by hot dog galleons.

As the project was rolled out globally, our recipes were translated into a number of different languages and seen in various countries worldwide. 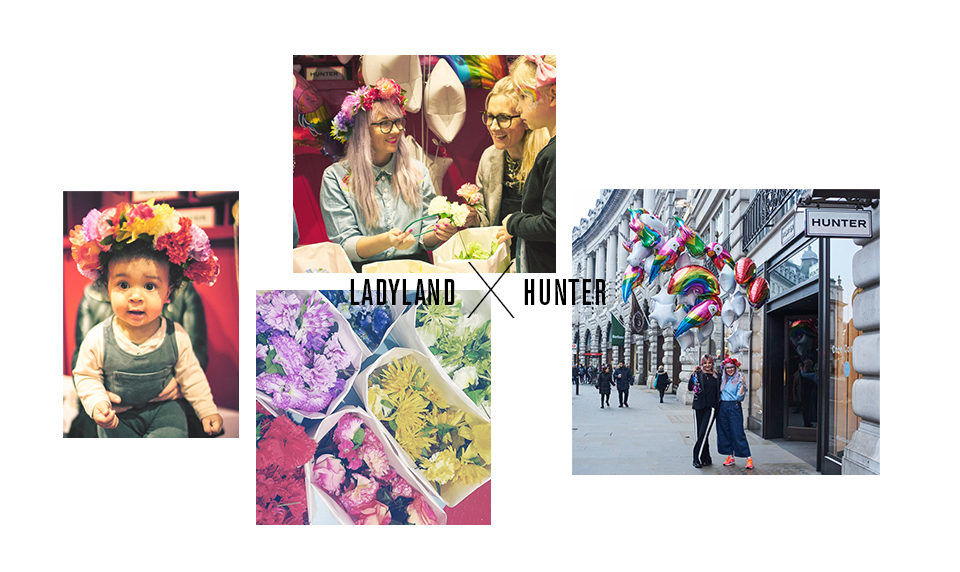 Buggied Out asked me to host a half-term party with Dress Like A Mum for Hunter with a rainbow festival theme. We made rainbow flower crowns with a bunch of mums and kids at their Regent Street store. 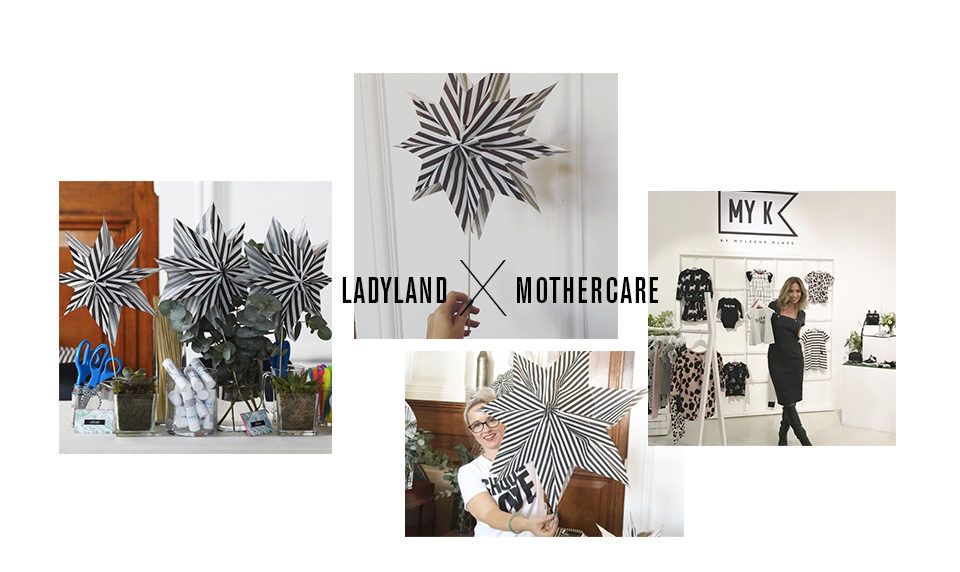 Mothers Meetings asked me to create a craft project for the launch of Mylene Klass’ new My K range for Mothercare. I set up a styled monochrome craft table to match the collection and made stripy paper stars with kids and mums.

The stars were a great way to make a creative impact at the event and everyone who came along got to take one home. 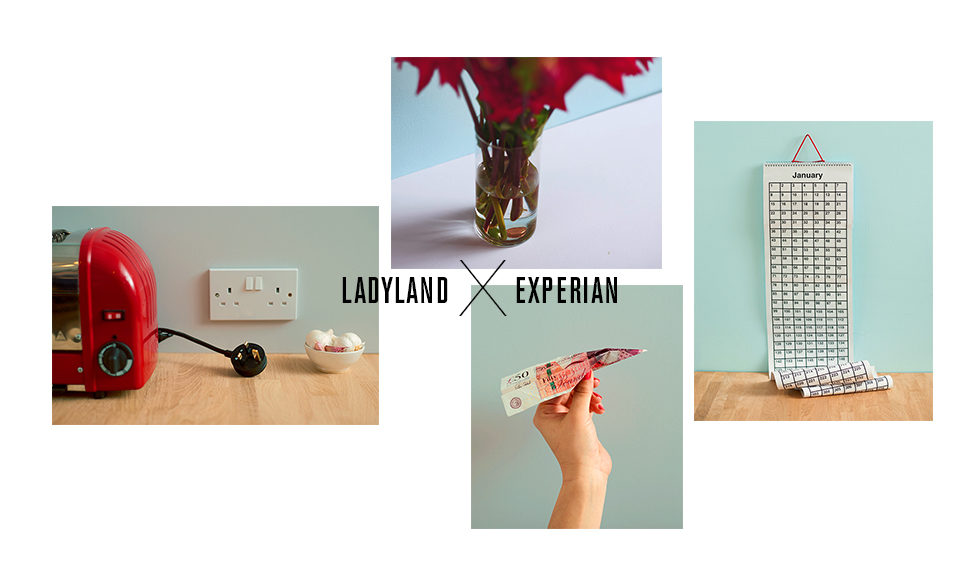 Yahoo loved my Hacky Mondays and asked if I could do some money saving hacks for their campaign with Experian. They wanted to show some simple ways to save money based on my weekly life hacks. I put together a team of creatives and we produced a series of gifs that were shared across their digital channels worldwide. 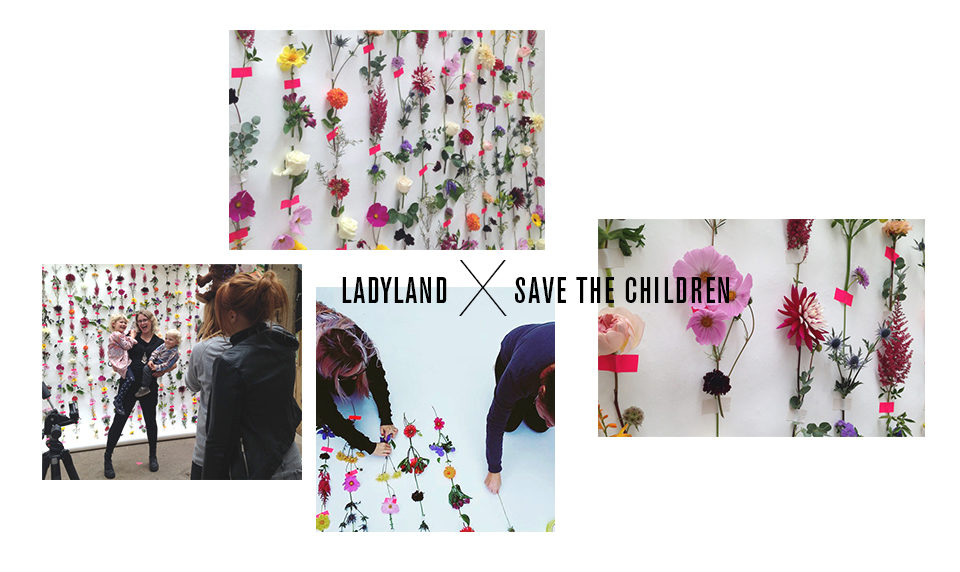 I had the lovely task of building a backdrop for a charity photo shoot to raise money for Save The Children’s Syria Crisis Fund. The brains (and heart) behind the shoot came from Charlotte from Emily Gray Photography who photographed over 70 families on the day and raised over £3000.

We sent out a call for florists and had hundreds of flowers donated to the cause. We put together the backdrop on site which ended up being our best smelling shoot yet. 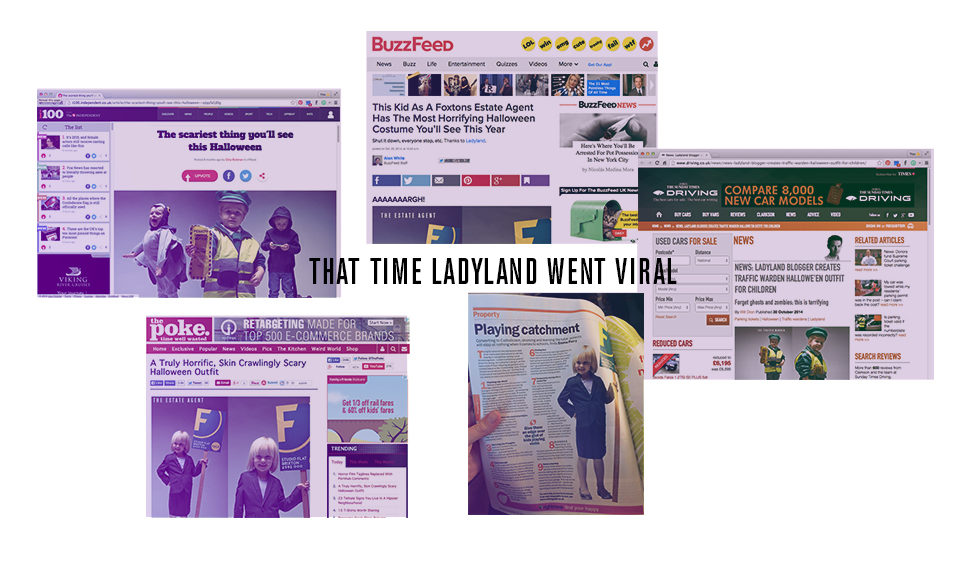 My 2014 halloween post is my most successful yet. I made costumes for six kids and shot it in my studio. No Disney princesses or super heroes here, only the scariest, creepiest, most fearsome characters you’ll ever meet here on the mean streets of London; The hipster, the hoodie, the Foxtons estate agent, the traffic warden, the Queen and a pigeon and a rat for good measure. See the full post

Then it went viral….

It all started when Time Out London featured it on their blog. Where it received 9.8K likes on their Facebook page. Then Buzzfeed featured it…. When The Poke featured it it got 6.8K likes on Facebook. The Independent featured it on their site too. It ended up on the front page of Imgur where it has had 331,627 views. It also appeared on Mashable where it was shared 833 times. The Sunday Times Driving section picked up on our little traffic warden. Plus De Speigel website, The Morning Star and many more. Time Out London recently bought usage rights of the Foxtons estate agent image and published it in their magazine with a feature on school catchment areas.