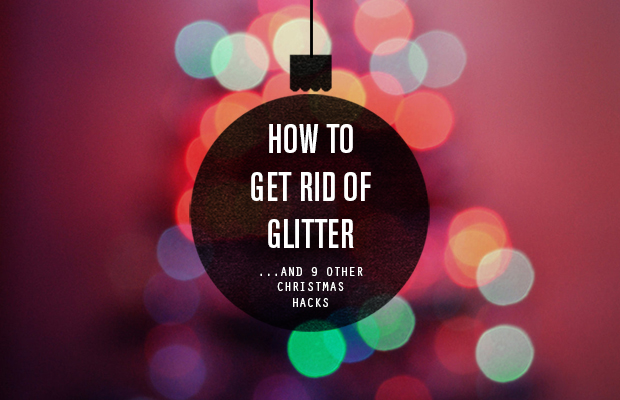 30 Nov 10 CHRISTMAS HACKS TO GET YOU THROUGH DECEMBER

Posted at 16:03h in ARCHIVE, CHRISTMAS by Emma Scott-Child
Share 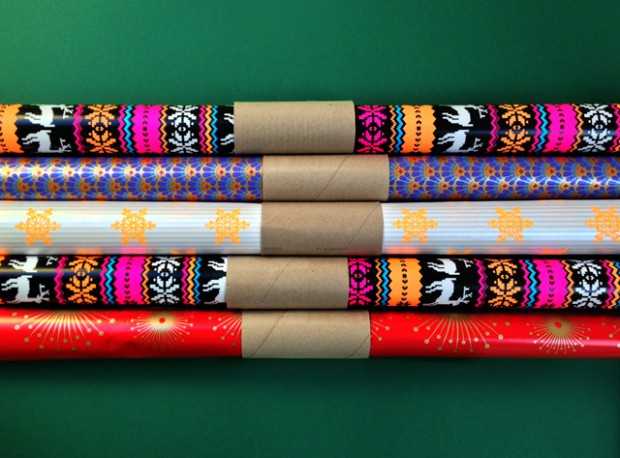 There’s going to be a lot of wrap-rage in the next few weeks as we all try to tame rolls of paper. Minimise the grumbles by putting cardboard toilet roll tubes around the roll to stop it from unraveling. If the paper roll is too wide, cut a slit along the cardboard tube and slide it on. The stiffness of the card will still hold it together.

LET SANTA DO THE TALKING 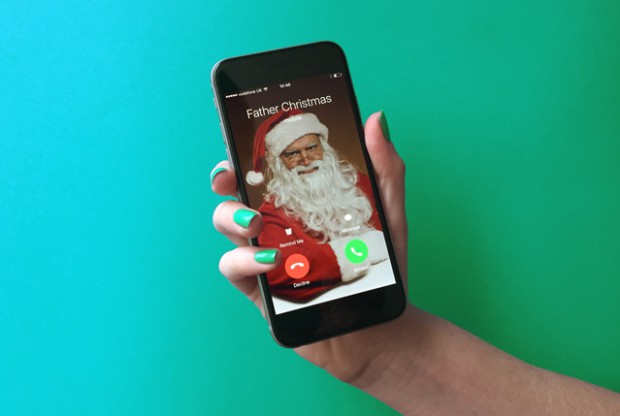 Parents have been using the Santa method for hundreds of years to scare their little darlings into submission, but now we have extra technology to help with the ‘magic’.

On my phone I have changed my husband’s name and picture to ‘Father Christmas’. He gives us a call at about 7.30pm if bedtime starts to go awry. So far it’s working a treat! 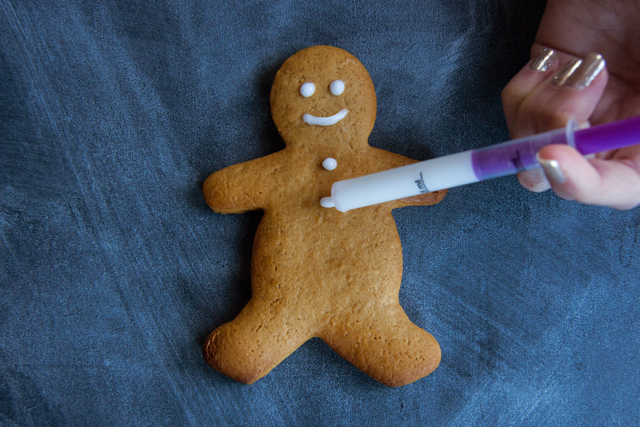 If you’re doing some delicate decorating, don’t faff about with a piping bag for a tiny cookie. Use a plastic syringe. The kind you get with a bottle of kids’ paracetamol. It works a treat and you use much less icing. 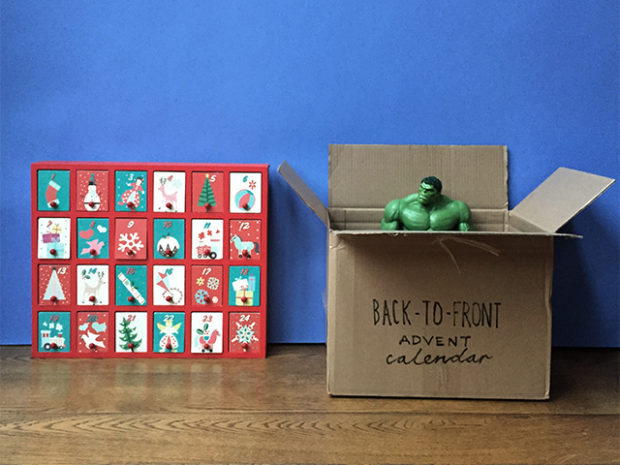 I’ve been meaning to do for ages is clear out some of the kids’ toys before a fresh batch of clutter arrives but this Christmas hack is a way of sorting that our without lifting a finger. Get your kids to choose one thing each day that they don’t need anymore and add it to the back-to-front advent calendar. It can be something small, or something they’ve grown out of. On Christmas Eve Santa will come and take the toys away to give to some other children who aren’t fortunate enough to have so many nice things.

It doesn’t matter what it is, if it’s anything other than a standard box shape, it’s a bitch to wrap. So here’s some advice.
1. Get loads of tissue paper and some string.
2. Wrap it up like a giant bon-bon.
3. Done. 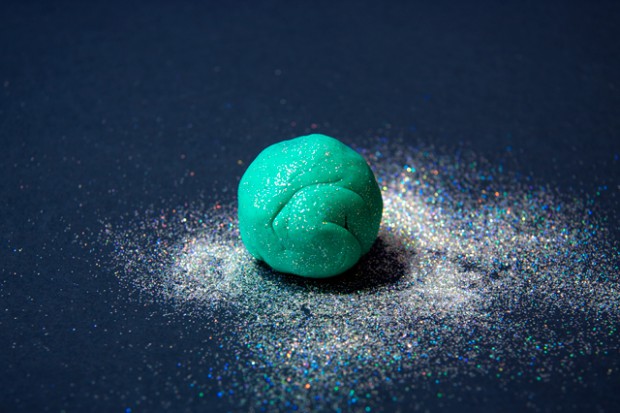 Pick up stray glitter by rolling playdough over it and it will come right off. You’ll be left with a clean surface and some festive play dough. That’s a win win. 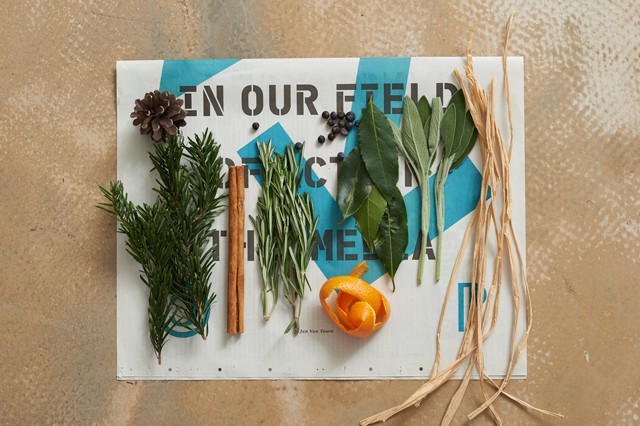 If you’re lucky enough to have a working fireplace, make you house smell like Christmas with a gift for the fire.

Gather some herb twigs like rosemary, bay and cinnamon, some cloves, a small branch off your christmas tree and a couple of dried pine cones if you have some. Wrap them up in newspaper like a giant candy and tie the ends with the raffia or string. Store it upwards next to the fireplace so it will dry nicely then throw it onto the fire for a bit of seasonal aromatherapy. See the full post here. 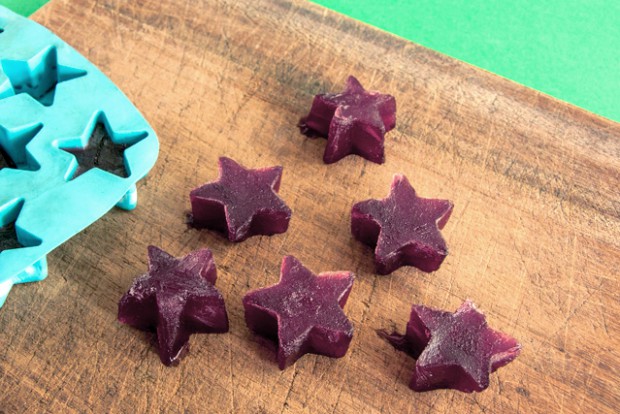 On the unlikely occasion that you have some leftover wine, freeze it in an ice cube tray and use it the next time you’re cooking with a recipe that requires a bit of booze (like our rabbit braised in wine, mustard and cream).

Which is also great because you don’t need to share your next bottle of wine with your bolognese.

DON’T GET IN A TANGLE 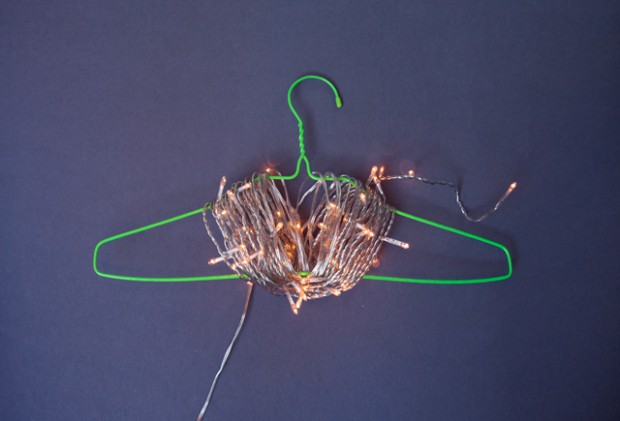 When you do take down your tree, wrap your lights around a coat hanger and hang them in a cupboard to avoid getting in a tangle next year.

As a side note – you should obviously unplug them before you do this, I just switched them back on for the photo because I thought it would look cool …but I may have also just invented some cheap interior wardrobe lighting.

Put the box on its side. Make holes with a pencil in the side that forms the ceiling. Then poke the lights through the holes from the top. Obviously this involves electricity, so use low voltage LED lighting, make sure the kids are supervised, and don’t let them take any drinks or liquids into their cave. See the full tutorial here. 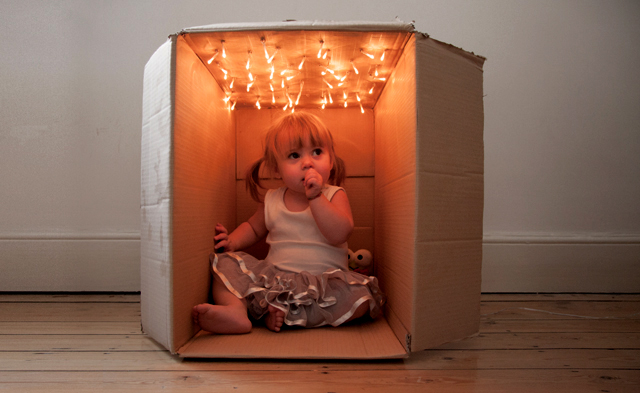