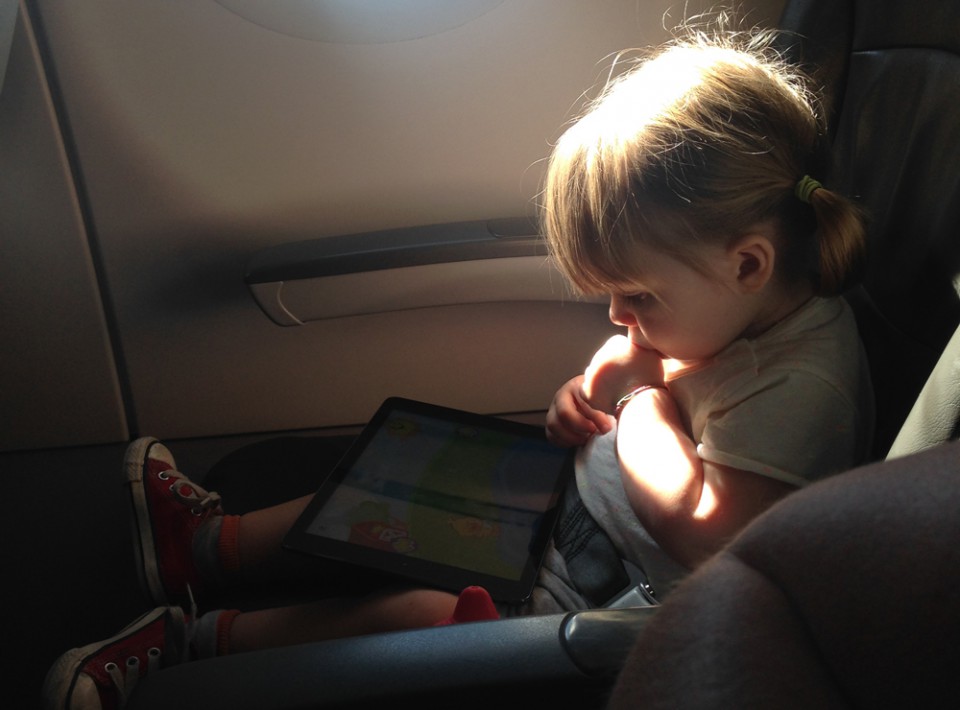 05 Apr 5 GUILT-FREE APPS FOR UNDER FIVES

Posted at 13:56h in ARCHIVE by Emma Scott-Child
Share

I have recently been travelling with my daughter, who is not yet two, and I spent a lot of that time eating out with her in tow. Inevitably, after 10 minutes sitting nicely at the table, she would get restless and I’d hand her my phone to keep her amused while I caught up with my friends. Part of me feels like the worst parent ever but another part of me has a dossier of facts to talk the guilty side down. ‘We read a book earlier! She’s already had a run around! The app is educational!’.

So this morning when my husband and I found out that she knows almost all of the letters of the alphabet, thanks to an app on my phone, the guilt finally lifted.

It’s always tempting, especially with younger kids, to hand-hold them through the learning process, but studies have shown that self-initiated learning can be even more effective, even for tiny tots. If you have a moment (or 20 minutes, actually) watch this TED talk by educational powerhouse Sugata Mitra. It’s a real eye opener for anyone who suffers from middle-class, hand-wringing guilt about leaving their kids alone with an iPad.

His most famous experiment involved installing a computer in a wall in a slum in New Delhi and just watching what happened. Within weeks some of the street kids, with no formal education to speak of and no access to computers, taught themselves how to use this computer and were soon solving complicated problems with it.

With the right apps an iPad or Android tablet in the hands of a toddler can really give them a great head start in life (alongside reading books, enjoying the outdoors and making mud pies, of course). So here are five apps for toddlers that we are loving right now… 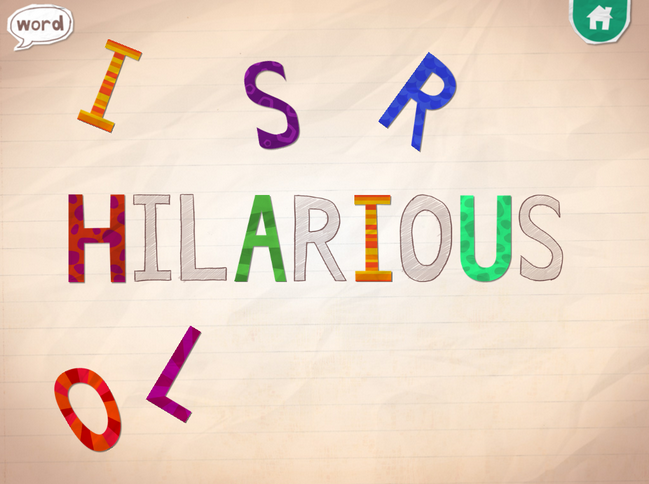 My 22 month old, Frida, can tell you the phonetic sounds of most letters in the alphabet thanks to this ingenious little game. It’s incredibly simple to pick up and she’s been picking away at it since she was about 18 months old. In the app a word comes up on the screen and you just have to drag the cartoon letters into the right place while they screech out their phonetic sounds. The character design and animation are beautiful and it will keep your little one amused for hours, totally guilt free! 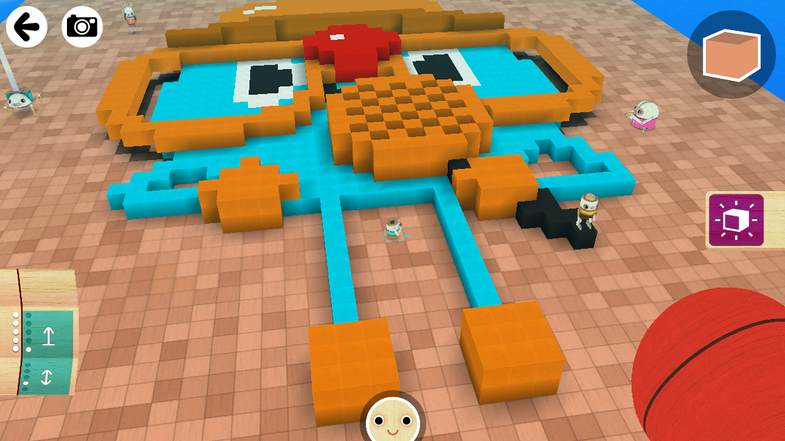 Toca Boca is the best game developer for pre-school children. In fact Toca Boca doesn’t like to think of it apps as ‘games’, but rather ‘digital toys’. There’s no beginning or end, just simple sandbox-play style. Toca Builders is reminiscent of Minecraft, with its blocky graphics and kids just roll around the play area, dropping bricks and painting them to create cubic masterpieces. 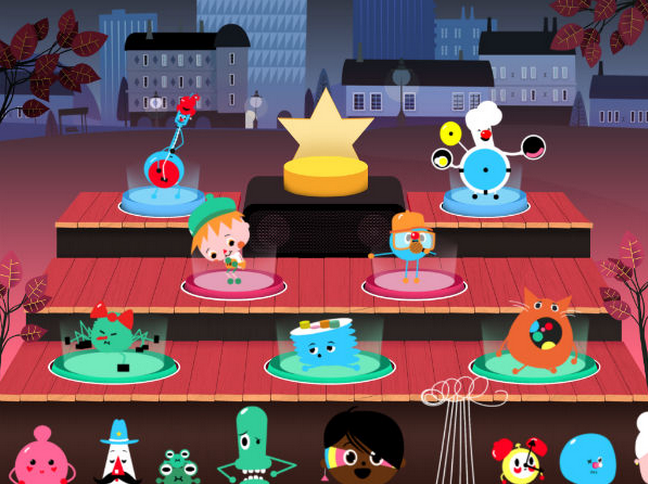 Another game by my favourite developer, Toca Band is basically a music sequencer for toddlers. Simply choose from a number of characters who all sing their own part of a tune and place them on the coloured circles. Depending on where you place them they will play a different part of the harmony and they are all charmingly animated. There is only one overall tune, which didn’t bother our little one, but it is guaranteed to burrow its way into the same recess of your mind where Rick Astley lives. I’m probably not selling it very well, but all I know is it’s very popular round these parts. 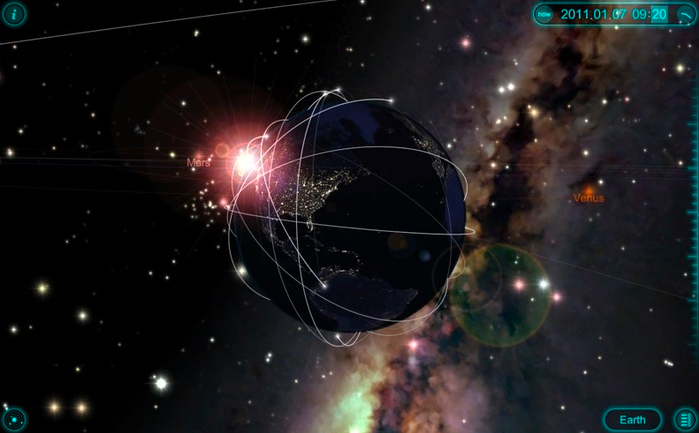 Take a spin around our solar system with this gorgeously designed app that’s fascinating for parents and kids alike. Little ones will happily zoom from planet to planet and moon to moon until the martians come home, but it really comes into its own when parents sit down and pretend to be really knowledgeable by sneakily reading out the info about the planets. “Hey Elliot, did you know that Jupiter is 318.7 times bigger than Earth?…” 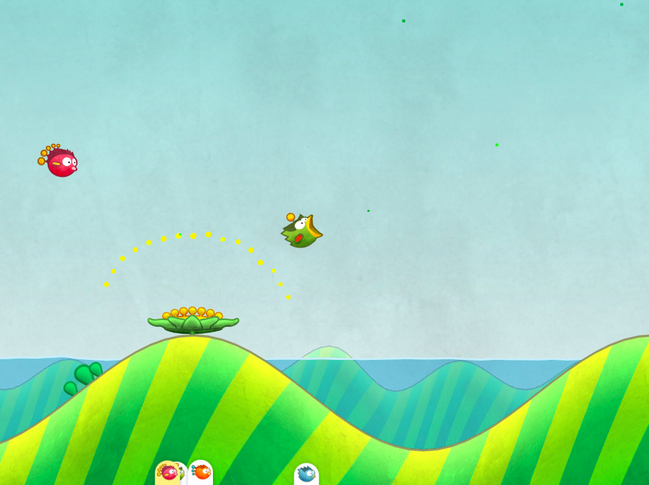 Have you noticed those ‘calm down’ jars and tubes on Pinterest lately, which parents give kids who are flipping out so they sit quietly for a moment to watch glitter flutter around? Well, this app has the same effect on my daughter. It’s the nice, polite cousin of the Angry Birds. You follow a little bird on his journey through the countryside accompanied by music akin to Lemon Jelly or Air so you won’t tear your hair out. Even if they can’t figure out how the play the game, the music and the colours seem to do the trick.