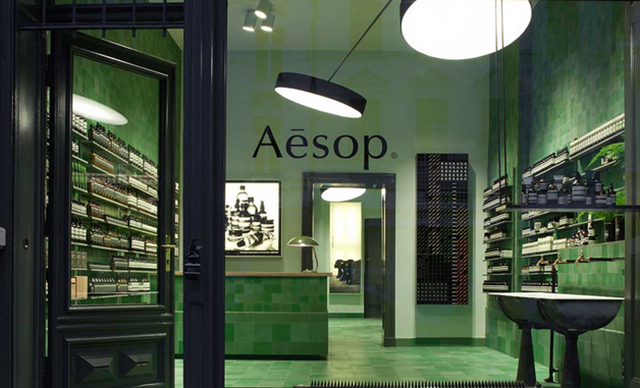 Posted at 08:35h in ARCHIVE by Bella Binns
Share

I won’t deny it, myself and my fellow Ladylanders are great big gushing Aesop fans. But it’s not just their apothecary packaging, the addictive natural scents or even the superbly efficacious formulas that quicken our hearts, just being in an Aesop store makes us feel a bit more beautiful, not to mention more intelligent. As far as I’m concerned, that’s as good a reason as any to *pledge allegiance at their Antipodean altar of wellbeing. Here are seven beautiful lessons we’ve learned from Aesop…

WHACK A BLOODY GREAT BELFAST SINK ON IT 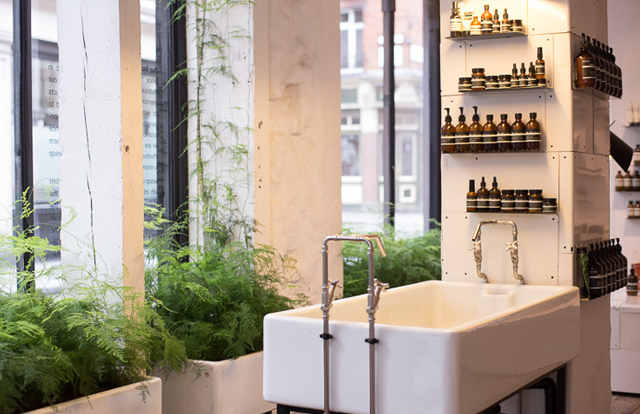 We’re not the only one’s obsessed with Aesop’s plumbing policy. They plonk ruddy great basins, the kind Victorian scullery maids would have washed their smalls in, into the middle of their stores with wild abandon and it just looks ….amazing. 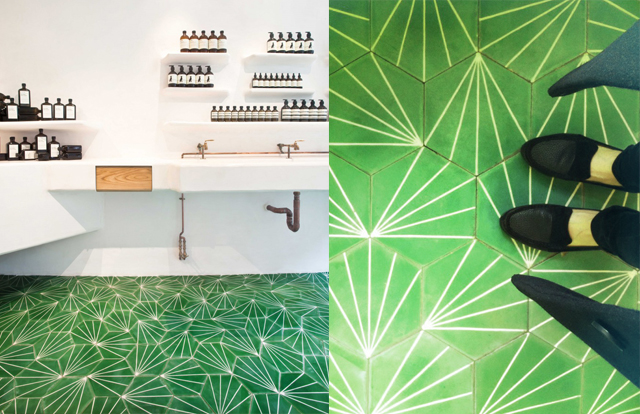 I’m not one for selfies, but those are definitely my ghostly feet on Aesop Covent Garden’s wonderous lily pad tiles. While we love their usually minimalist stamp on product display and packaging, give us an emerald green floor straight out of a Marrakech riad to instagram and we’re grinning.

BUT PERSIAN RUGS ARE COOL TOO… 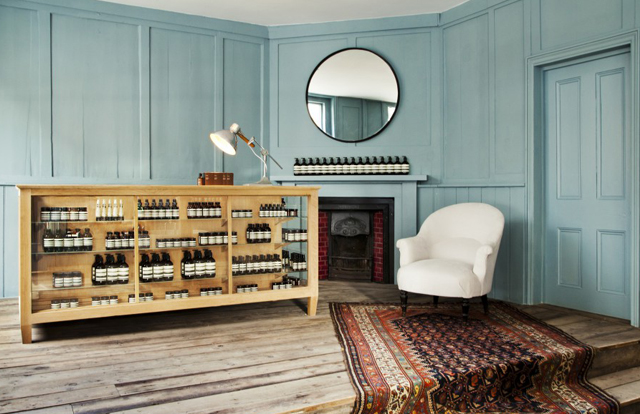 Aesop’s brand new Richmond store has a distinctly homely vibe, it’s in the ‘burbs after all. Yes we love the duck egg panelling, not to mention the stripped floorboards, but crikey, are we coveting that persian rug right now?

AIR FRESHENER CAN BE CHIC 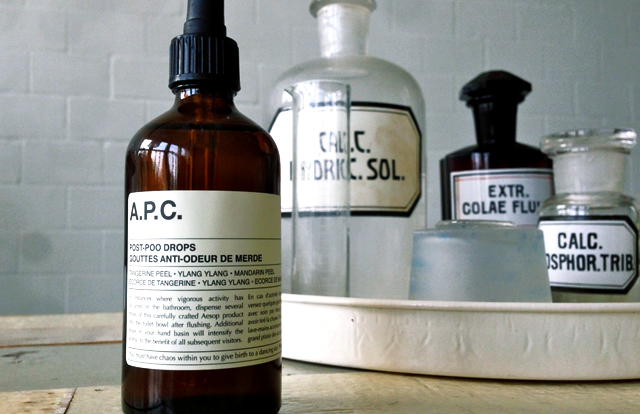 If anyone could make a post-defecation air freshener covetable it was Aesop, with a little collaborative effort from A.P.C that is….Goodbye Glade, hello Post-Poo Drops. 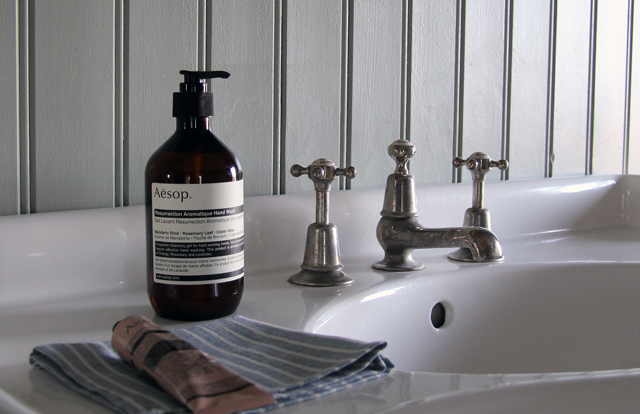 One thrifty Ladylander (who shall remain nameless) recently fell foul of this rule. After reserving her empty bottle of Aesop handwash to rinse out and refill with an inferior supermarket own brand soap (come on, we all do it),  her well-meaning cleaner threw it out, and that was the end of that. Busted.

YOUR BATHROOM NEEDS ITS OWN ECOSYSTEM 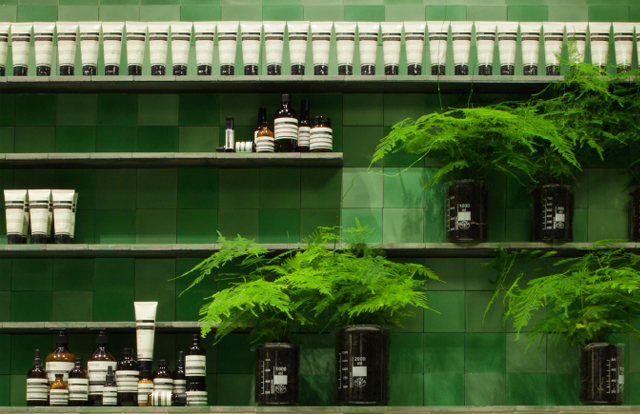 Even the most slovenly bathroom will benefit from a few leafy greens, if possible planted in lab flasks and clumped together to form a mini forest on a shelf or windowsill á la Aesop Berlin. 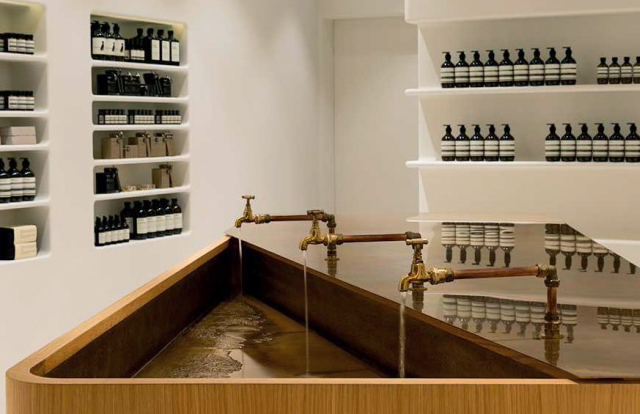 Back in January we discussed the burgeoning copper trend, remember? Well, Aesop have been all over the bare pipe trend for years. There’s never any awkward ‘boxing in’ in their super chic stores. Take us to a scrap metal yard post-haste.

*and no, we didn’t receive a truckload of Resurrection hand wash in return for writing this, more’s the pity.