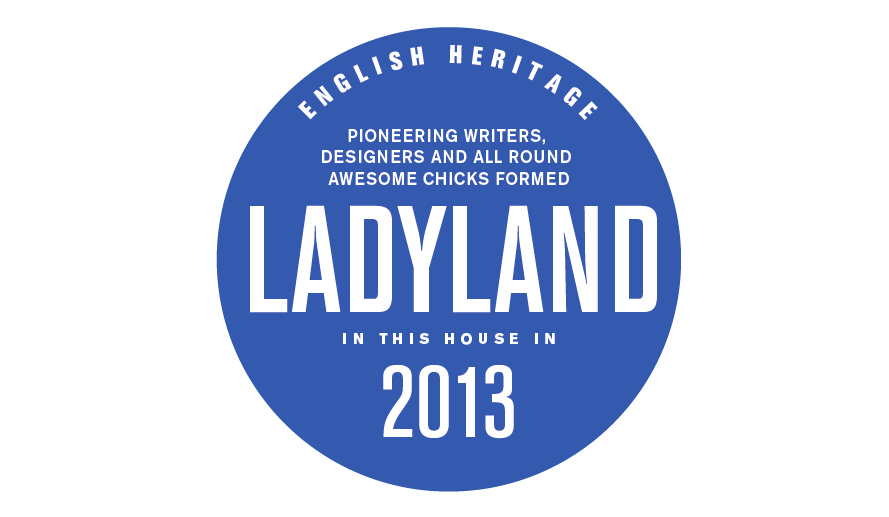 17 Feb A SPOT OF BLUE: SOMEONE AMAZING LIVED HERE

Posted at 10:48h in ARCHIVE by Ruth Howes
Share

We like to think we can gift you with the odd talking point from time to time, so let’s cheer up a slow, wet Monday with something that complements your usual astute attention to matters cultural and also says, ‘Yes, I take the time to look up and engage with my surroundings’.

So here goes: a conversation starter on blue plaques…

Dotted around the capital, the country – and indeed globally, as the idea has been copied – are blue ceramic badges marking the homes and celebrating the lives of notable individuals.

Once a nomination is approved by English Heritage’s Blue Plaques Panel (previously The Society of Arts managed the scheme, then the LCC, then the GLCC) the lives of these folk, however distanced by time, become entwined in their domestic geography.

Take Brook Street in central London, where blue plaques to George Frideric Handel and Jimi Hendrix sit adjacent. Just over 200 years passed between Handel’s death at No.25 and Hendrix moving into No.23, and yet these musical visionaries walked the very same streets. Their neighbouring plaques invite us to imagine them milling about, intensely considering a crescendo or a solo of one sort or another.

Stephen Fry (who currently sits on the selection panel, as have Poet Laureate Andrew Motion, historians Celina Fox, David Cannadine and David Starkey, plus gastronome and heritage campaigner Loyd Grossman, to name a few) describes a plaque as “a unique imaginative portal into the past… all blue plaques are contemporaneous, which is to say the people commemorated by them are in their buildings now”.

I love this idea, but where to begin with thousands of plaques to drop into conversation? Well, I shall start in London with one and find a ‘six degrees of separation’ link – this may be tenuous, but let’s start somewhere – in hope of retaining some interesting facts for another time. Besides, there are far fewer women memorialised by the blue plaque scheme than men, so let’s also give the ladies some airtime. Ada, Countess of Lovelace (1815-1852) lived at 12 St James’s Square, Westminster
Ah, dear Ada, without whom we might not even be reading this. The only legitimate child of the rather rampant Lord Byron, her interest in maths and science was much encouraged by her mother. As an adult Ada met Charles Babbage (inventor of the first general computer) and worked with him; in time translating a paper in Italian on Babbage’s ‘analytical engine’, which was published and led to her being described as one of the world’s first computer programmers. In 1979 the US Department of Defense named its new software Ada in her honour. Rosalind Franklin (1920-1958) lived at Donovan Court, Drayton Gardens, South Kensington
Keeping with the brainy ladies: in her short life, Rosalind Franklin pioneered the study of molecular structures including DNA, and in particular the discovery of the DNA double helix. There remains controversy over her crucial work that led to the discovery of the structure of DNA, for which two male colleagues and her superior at King’s College received the Nobel Prize in 1962, and she did not. Grrr, those men. Marguerite Radclyffe Hall (1880-1943) lived at 37 Holland Street, Holland Park
What would Franklin make of Radclyffe Hall? An English poet and author – and lesbian – she is best known for her novel The Well of Loneliness. In it, Marguerite Radclyffe Hall writes of Stephen Gordon, a woman troubled by her sexuality; via Gordon’s anguish, Hall makes a plea for greater tolerance and understanding of lesbianism in the post-Victorian age. I’m fascinated by the images of Hall and her partner Una, Lady Troubridge, with their French bulldogs and dachshunds: so atypical of women of the time. Jane Francesca, Lady Wilde (1821-1896) lived at 87 Oakley Street, Chelsea
Had they shared the same lifetime, I imagine Radclyffe Hall might have met with Lady Wilde: mother to Oscar Wilde and a poet and essayist also known by her pen name ‘Speranza’. Famed for the literary salons she and her husband held in their Dublin home, Lady Wilde reprised these in London where she moved after William Wilde died. These became known rather tantalisingly as ‘Lady Wilde’s Crushes’ and were frequented by ‘ladies of high degree and ladies of no degree’. Sounds fun, no? Dame Marie Tempest (1864-1942) lived at 24 Park Crescent, Marylebone
Also somewhat dissatisfied with her moniker, Mary Susan Etherington evidently wished for a name with a little more dazzle for her acting career. Taking part of the aristocratic Vane-Tempest family name, she became the most famous soprano in late Victorian light opera and Edwardian musical comedies. Known to have something of a fiery disposition, she was at least self aware enough to admit to having been “a self-important little baggage, with a hot temper”. Nevertheless, her 55 years on stage and general determination was vital in founding the actors’ union, Equity. Vivien Leigh (1913-1967) lived at 54 Eaton Square, Belgravia
Fortunately for us, some small girls really know their minds from an early age. Just as Ada Lovelace knew her life’s passion (for science), so did Viviene Leigh: even at the age of six, she knew she wanted to be a great actress. And indeed she was, winning an Oscar for her portrayal of Scarlett O’Hara in Gone With The Wind, though it’s thought this overshadowed her other acting achievements. The meeting of Leigh and Laurence Olivier in 1937 sparked an intense romance and marriage, but suffering from manic depression, their golden relationship failed and ended in divorce in 1960. By 1967 she was at death’s door with tuberculosis, described as “pale, but lovely, and smoking”. Her beloved cat, Poo Jones, was by her side. What a marvellous pet name.

May I quote Fry once more? He puts it so very well when he says: “London’s layers of history melt into one and we can all participate in the collisions of talent, energy and ambition that have made this metropolis hum with life and achievement for a thousand years.”

How heartwarming that the capital has hosted these six remarkable women: home-making, life-building, writing and researching, performing and playing. Blue plaques pique our exploration of London – keep your eyes peeled, and when you’re ready, upgrade your knowledge from the stuff of informal chats to ‘subject authority’ status with a look at this truly wonderful book.

BREAKING BOUNDARIES – WOMEN WHO WENT FAR
A LOVE LETTER TO LONDON
LONG-HAUL FLIGHT WITH A BABY: WHO’S CRAZY ENOUGH TO DO THAT? US.