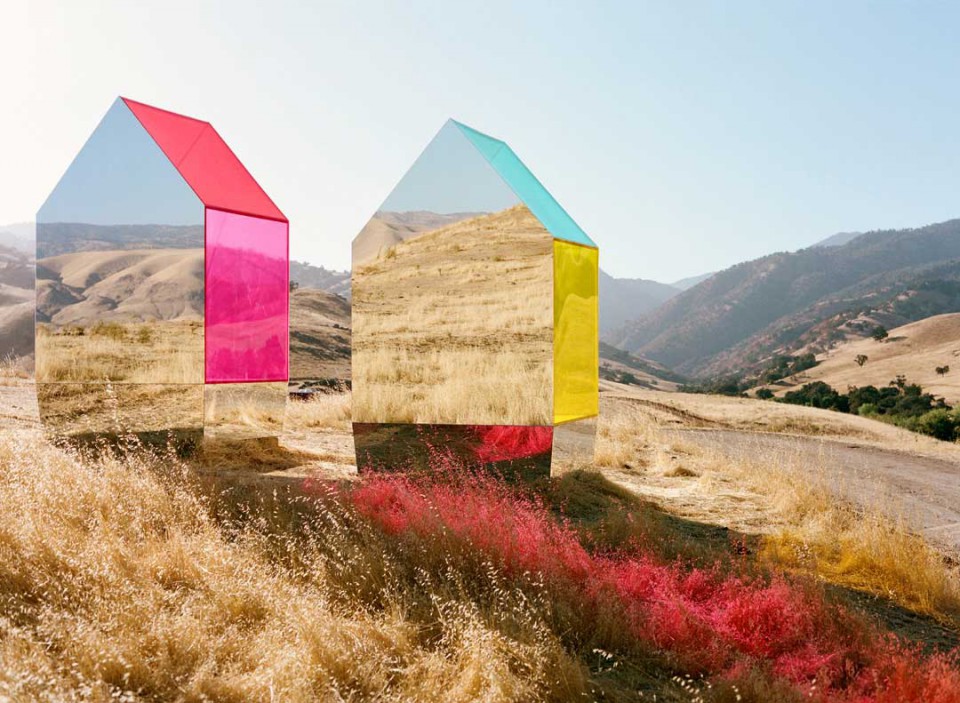 Posted at 10:02h in ARCHIVE by Margherita Poggiali
Share

It’s a familiar shape, a recognisable one. It’s a cube with a slanted roof on top. But somehow it’s not just a house. It’s the archetypal home, something that jumped out of a kid’s drawing or that a doll should live in.

In the last 15 years an architectural trend has arisen for building houses that look like, well, homes. This seems almost a metonymy, but it’s not. Excellent examples are the blue Didden Village in Rotterdam, the Mirror House in Copenhagen and the Hammerhavn Multipurpose Buildings in Denmark, as well as the more recent Hunsett Mill on the Norfolk Broads or Szczecin Philharmonic Hall in Poland. Moving away from the flat-topped apartments of the second half of the 20th century, from brutalist architecture or the Bauhaus, and also from the soft, sinuous forms of Frank Gerhy and Zaha Hadid, the 21st century seems quite taken with a pointy roof.

But we’re not talking fairy tales here. These buildings aren’t made of gingerbread, and you won’t find Goldilocks peeping out of a door with a spoonful of honeyed porridge in her mouth. Neither are we talking vernacular architecture. These are decidedly modern, intelligent urban designs, devoid of quaint, but with all the comforts, and often built with the most technologically advanced materials. Only, they look like Monopoly houses, and there’s a literality in their architecture which is both playful and disconcerting. The house shape, an iconic form which seems universally accepted, evokes feelings of intimacy and warmth; it conveys homely feelings. But I think it also toys with what we think a home is or should be, making us smile in the process. 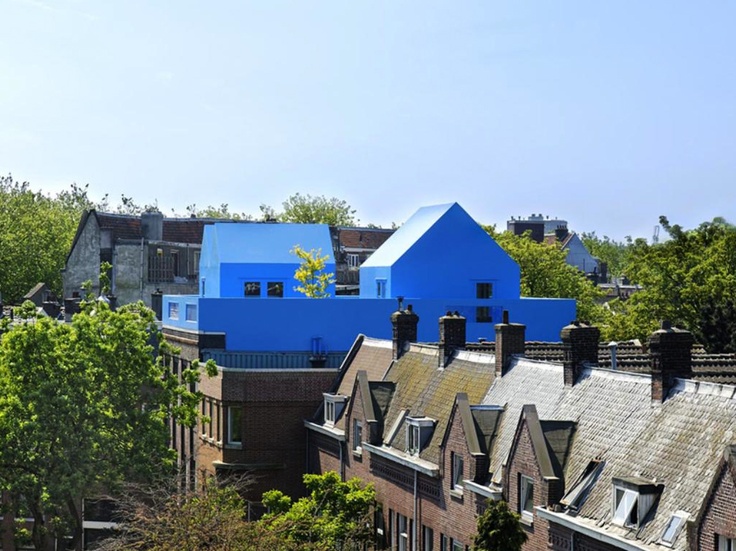 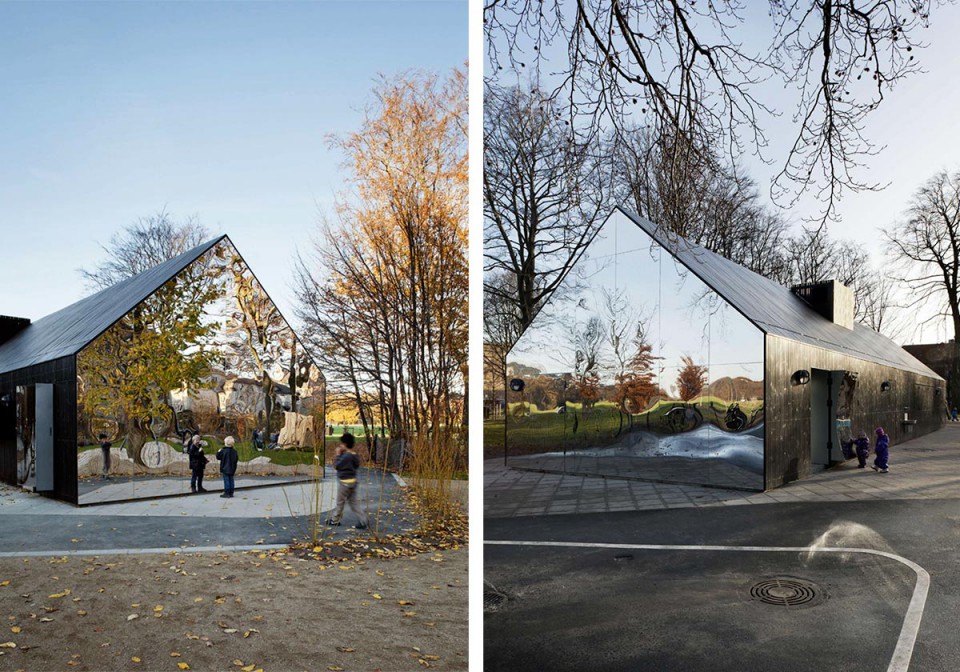 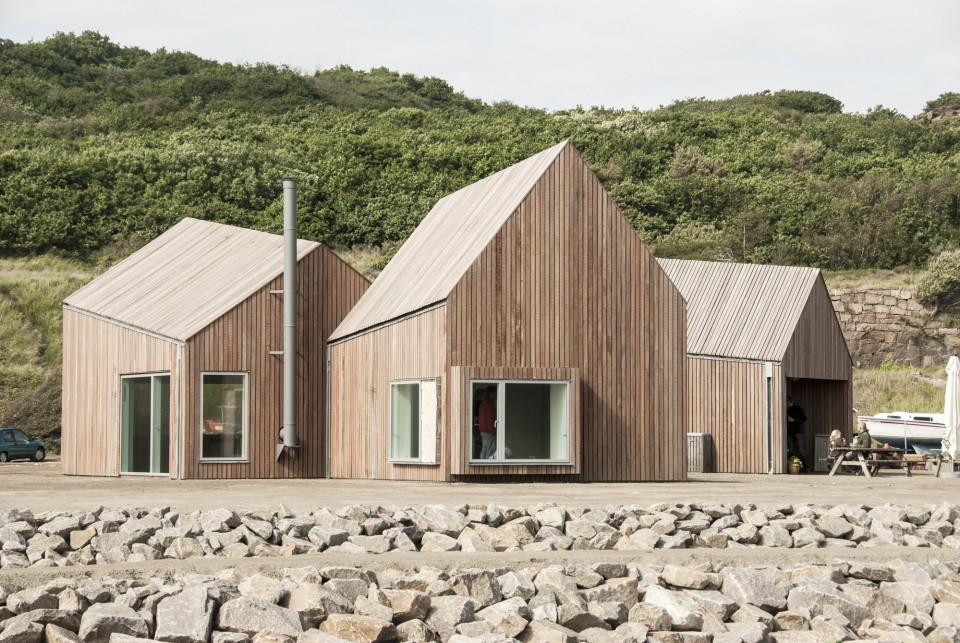 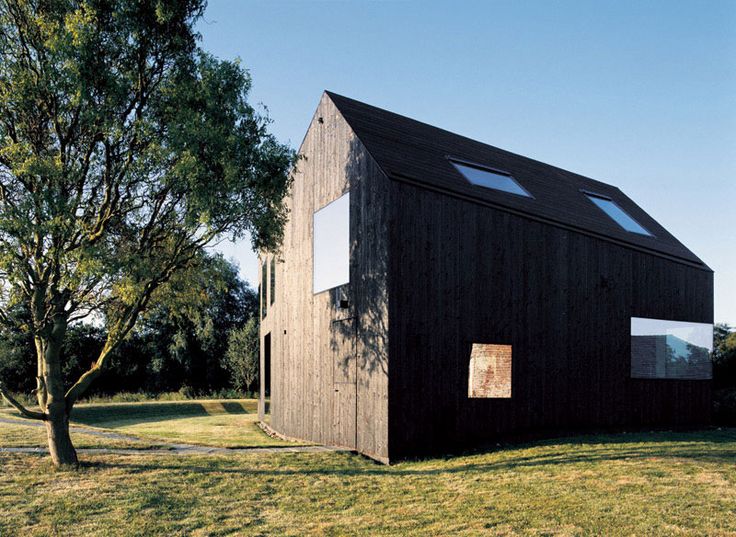 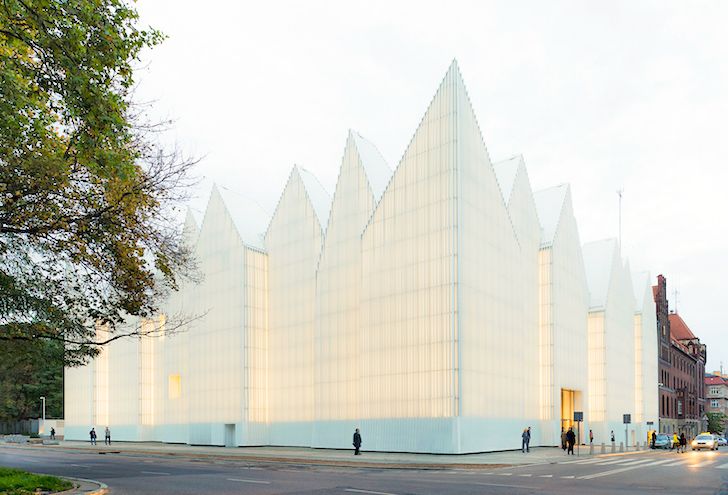 Talented young duo Studio Weave has almost made it their trademark, with projects like Ecology of Colour, Paleys upon Pilers, Midden Studio, and (my personal favourite) the moving Freya and Robin over Kielder Water, in Northumberland (well, maybe there I do expect Freya’s beautiful face to pop out of the flower cabin and light up the valley with her golden tears…). London-based architecture collective Assemble has creatively referenced this language in its colourful and utilitarian Yard House, while Alts Design Office has pushed this concept from within, designing a house in Tokyo which constantly references itself: Hazukashi House. 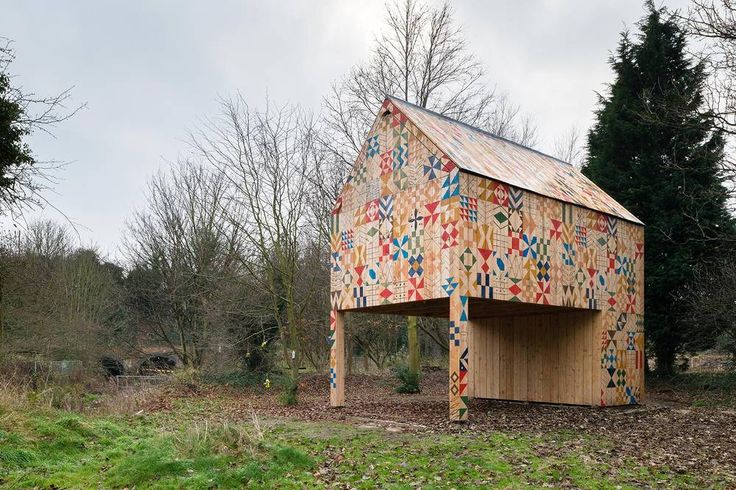 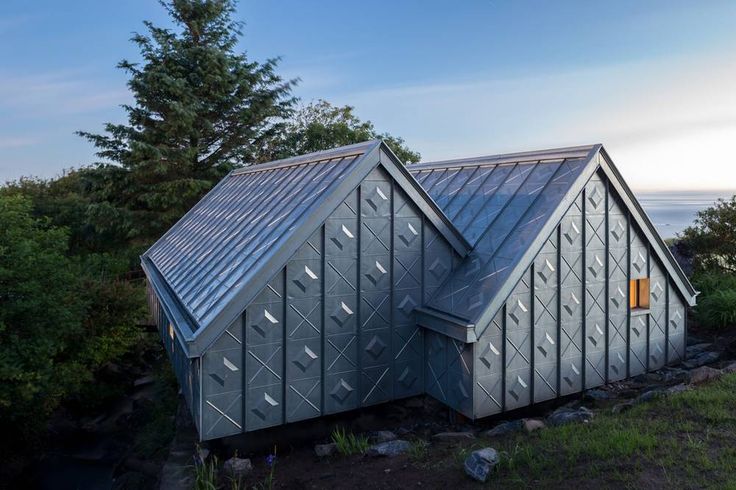 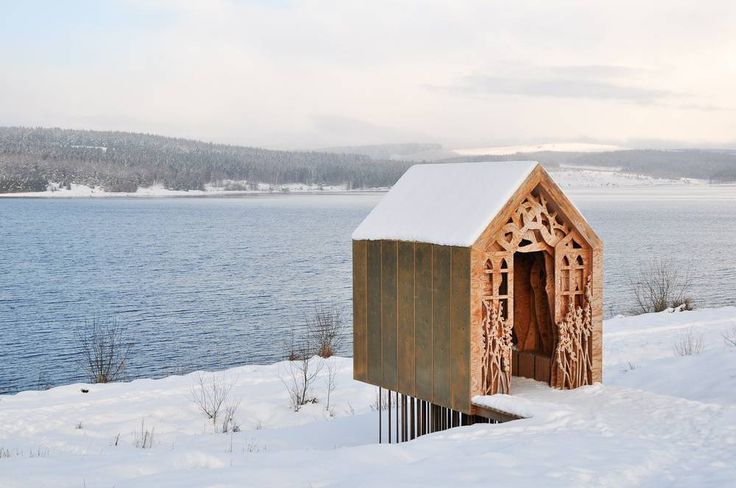 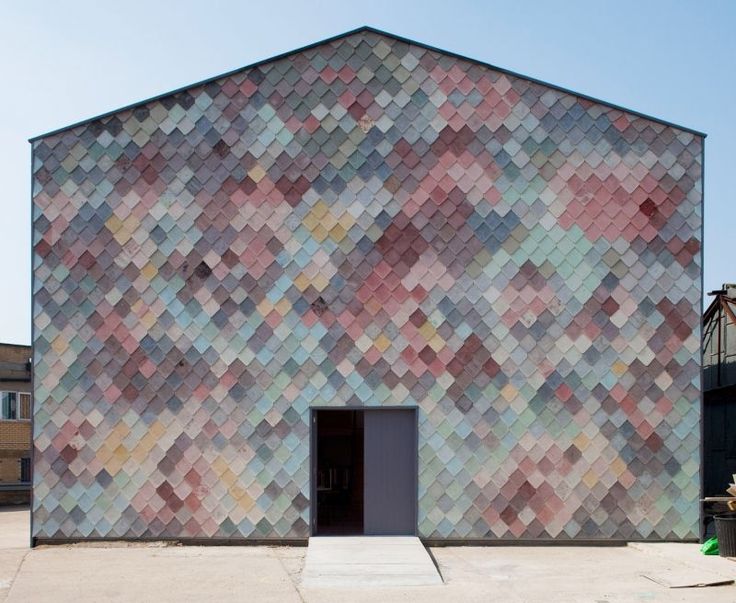 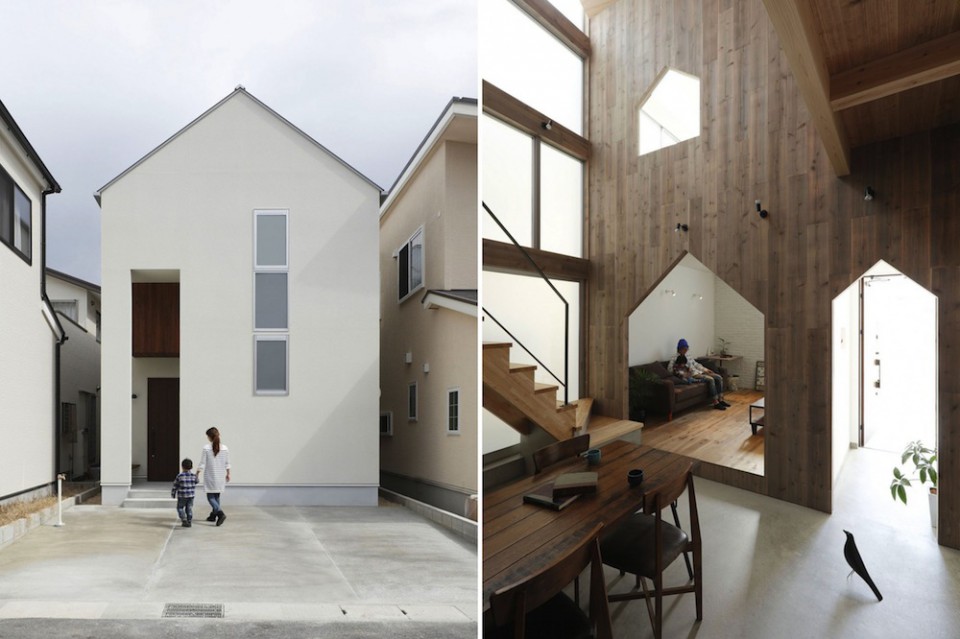 In 1966, American architect Robert Venturi was already stating that in architecture “absolute originality is impossible; to design a house, we necessarily start from our past experience of ‘house’” (through D. Costanzo, 2015). But if architects are always trying to design buildings that say something new, then what they’re expressing right now is possibly a collective need for more light-heartedness and intimacy and, therefore, buildings that look a little bit more home-like.

A while back I was reading The Curves of Times, the memoirs of Brazilian architect Oscar Niemeyer, and this paragraph really stuck with me: “The houses we live in leave some of the most lasting impressions on us: the atmosphere of our family life, the issues we take on throughout our lifetime. Behind those walls that separate us from the outside, the family grew up, and we lived through joys and sorrows as the years went by so unrelentingly.”

I agree with Niemeyer: I really think the spatial environment we grow up in has an effect on how we perceive, and relate with, the world outside. So now it remains to see whether a house that looks more like a home, will actually make you feel more at home while you’re inside it. We should ask that kid who lives in Hazukashi House in a few years… 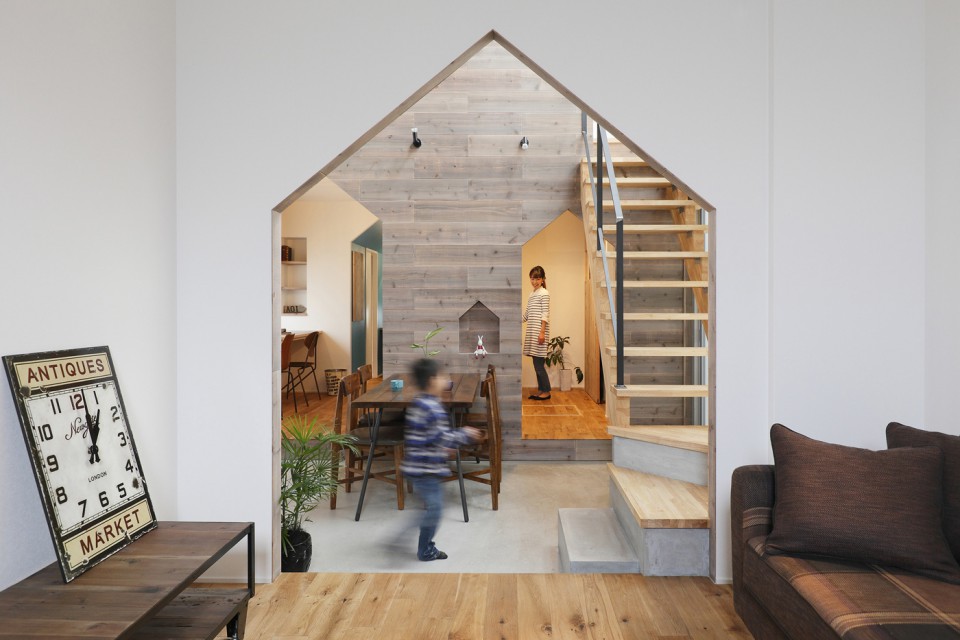