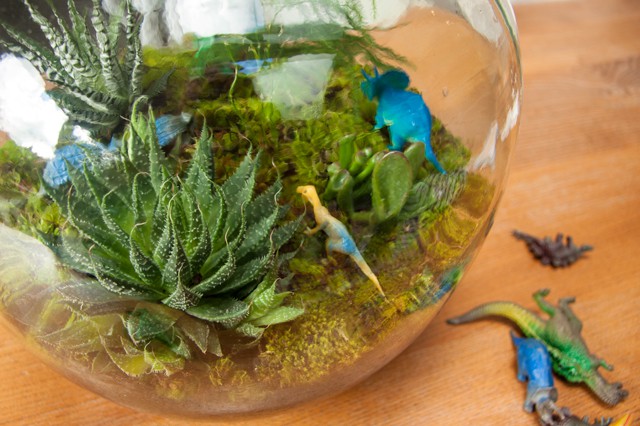 Posted at 09:07h in CRAFT by Celia Richardson
Share

Years ago when Woolworths was still a familiar presence on the British high street, I bought myself a terrarium kit. However, it wasn’t the 70s and the recent pastiche-cool draw of the terrarium didn’t really exist, so they were were selling them off cheap – Ooh, I miss Woolies! I followed the instructions, planted my little indoor micro jungle and largely ignored it as it needed no attention (the main benefit of a terrarium being that it creates its own water cycle).

I later added a cutting from a friend’s plant and with that the microcosm was quickly ruined as this new thirsty plant suffocated all others and the terrarium was pushed further out of sight and abandoned. That is, until I started seeing pictures of very cool, well-maintained terrariums gaining status as a ‘must-have’ in the designer home. Then,  some really creative ‘how-to instructions’ on Apartment Therapy spurred me on, so I dragged it back out to give it a new lease of life.

This is the before and after story of my terrarium… 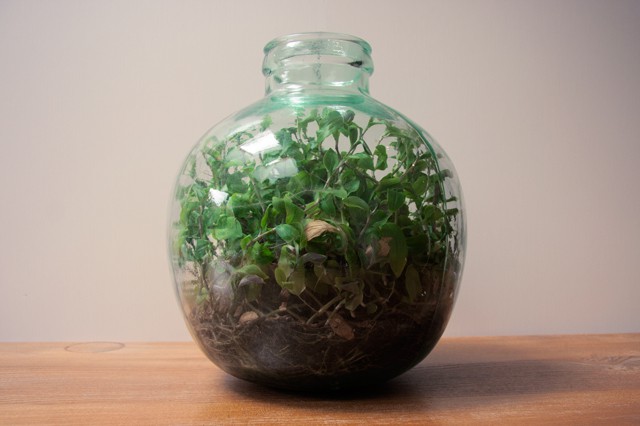 I ripped out all the old plants. 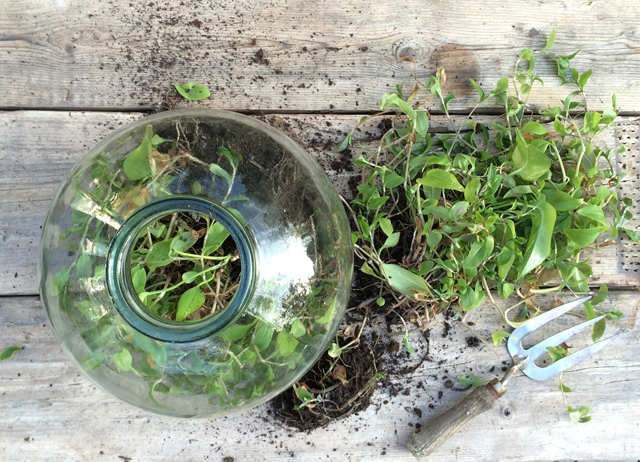 I bought a selection of succulents: two spiky and one bulbous as I wanted a bit of variety to reflect the examples I had seen. I also bought a fern so I had a bit of height inside. I got my three-year-old daughter involved so she helped line the bottom of the jar with gravel and added the new compost. 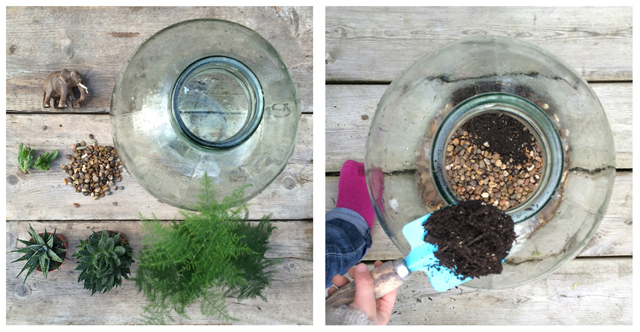 To further interest my daughter I convinced her we were making a ‘dinosaur jungle’, so she supplied the dinosaurs (including a mum and baby dino!) and we both foraged for the moss which surprisingly kept her entertained. I also found the moss really completed the look of the terrarium as until the plants are fairly well established it can look a bit muddy. 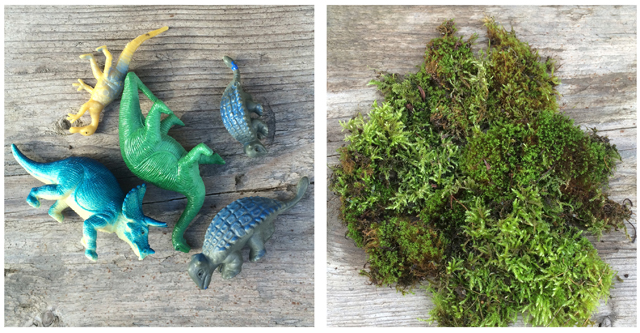 The result looks really good – the terrarium can now return to prime position in our home and the dinosaur jungle becomes a focal point for mini guests when they come to visit. It’s a bit of an experiment to see if the plants thrive, but this time I’m staying on top of maintenance and will pluck out any rampant guests before they take over again. 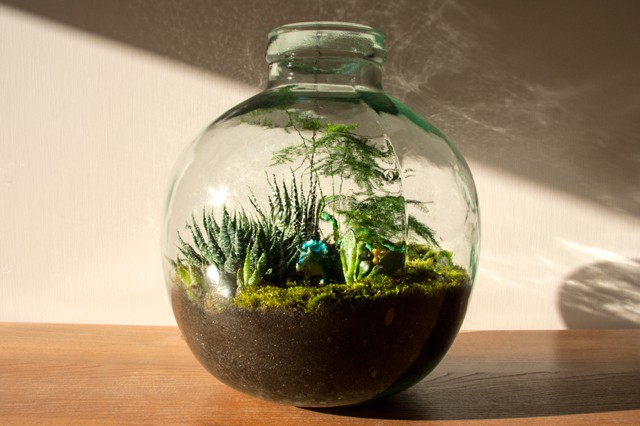 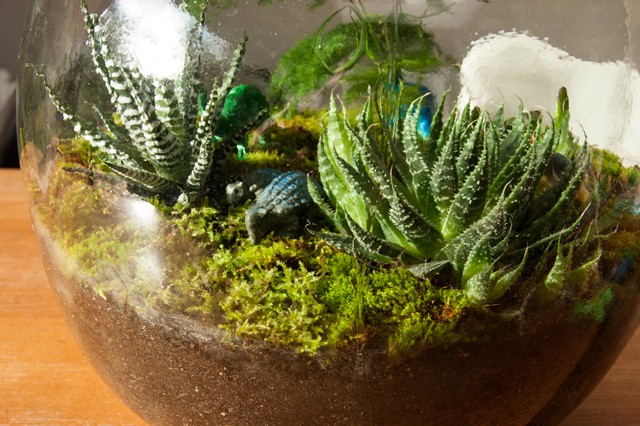 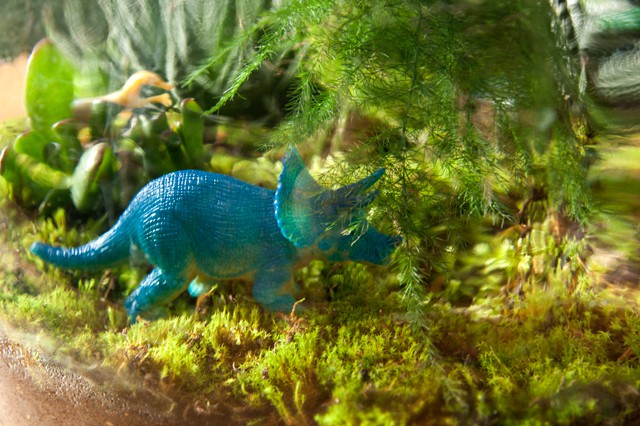 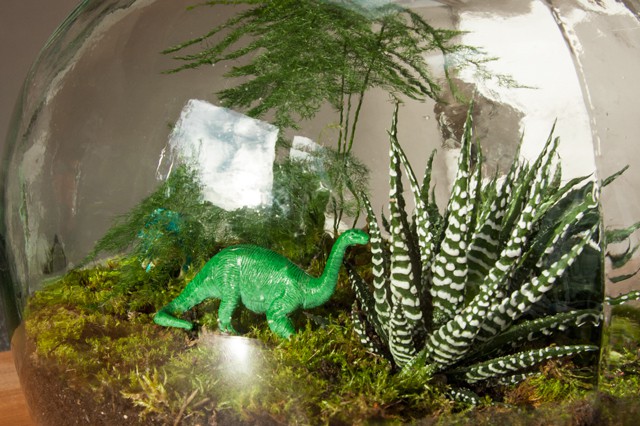