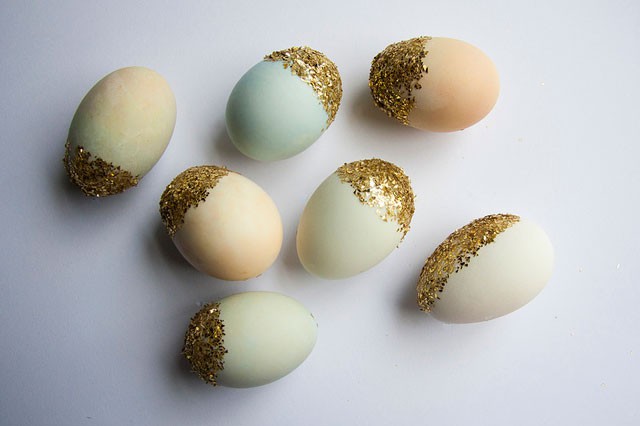 Posted at 06:57h in CRAFT by Emma Scott-Child
Share

ONE FROM THE LADYLAND ARCHIVES

I consider myself a seasoned crafter but today was the first time I have ever dyed eggs. We’re not religious people – Easter basically means ‘The Chocolate Festivus’ in our household – so I’ve never given much thought to non-chocolate eggs.

Then I typed ‘Easter eggs’ into Pinterest. Wow. A whole new world of craft opened up in front of me. Cut to two hours later, it’s 1am, I’m still perving at egg-dying tutorials and I realise I’ve fallen into a deep, deep Pinterest hole. But wow, I loved it.

So today I dyed some eggs. I started with the most basic version because I had three little three-year-old helpers and I added glitter (because, well, glitter!). Have a look at the eggs in this picture, they look pretty chic right? They were made by my three year old! No, seriously, they were. See how we did it below. 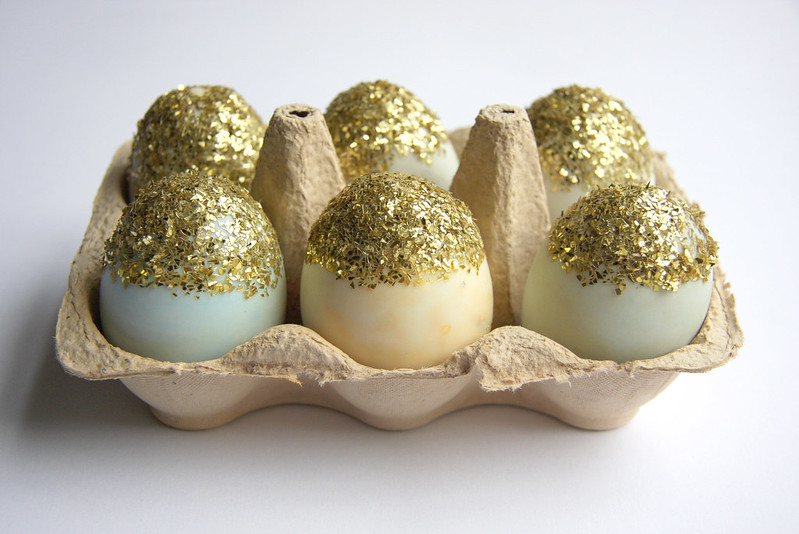 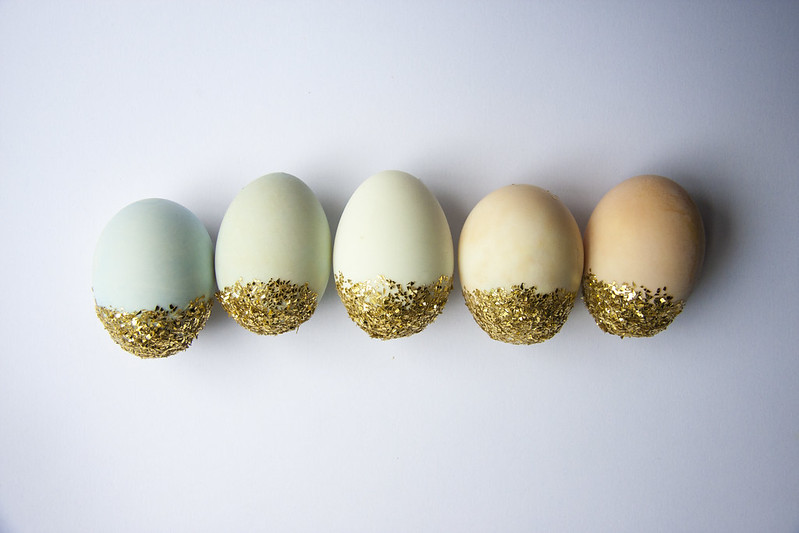 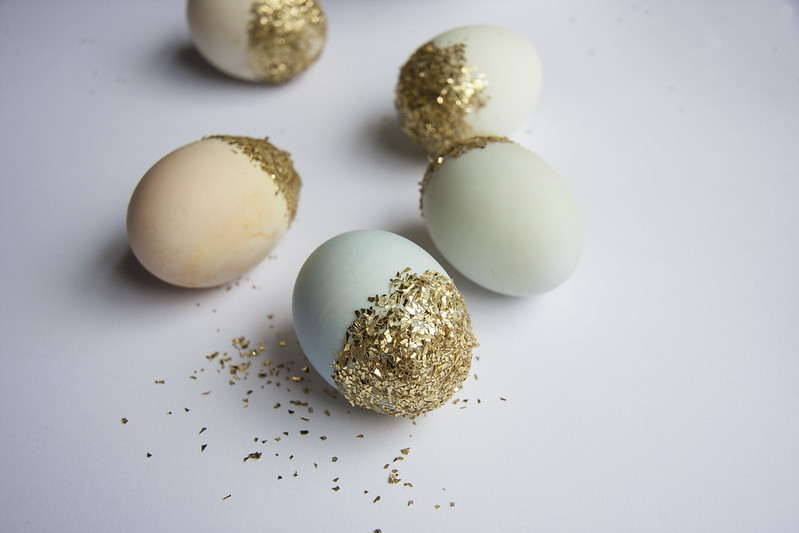 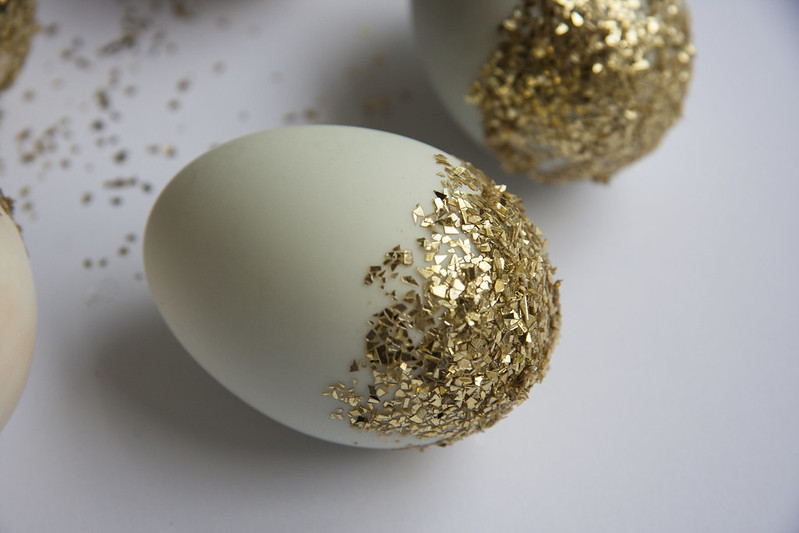 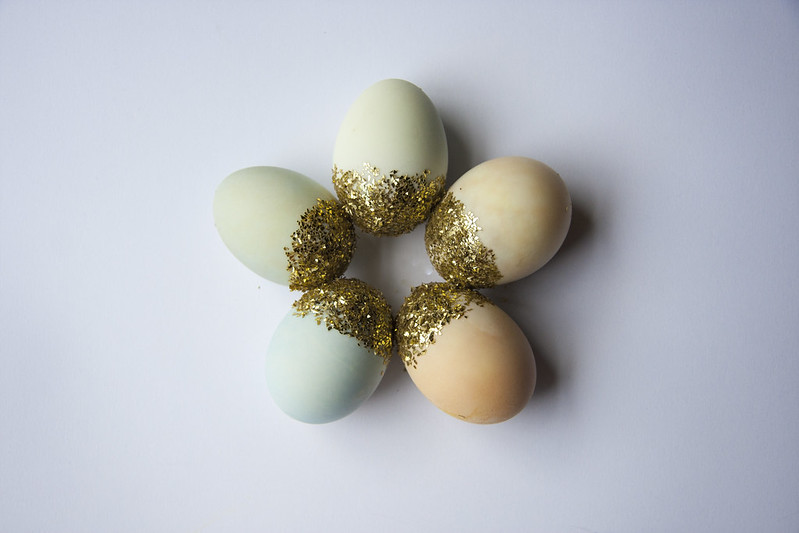 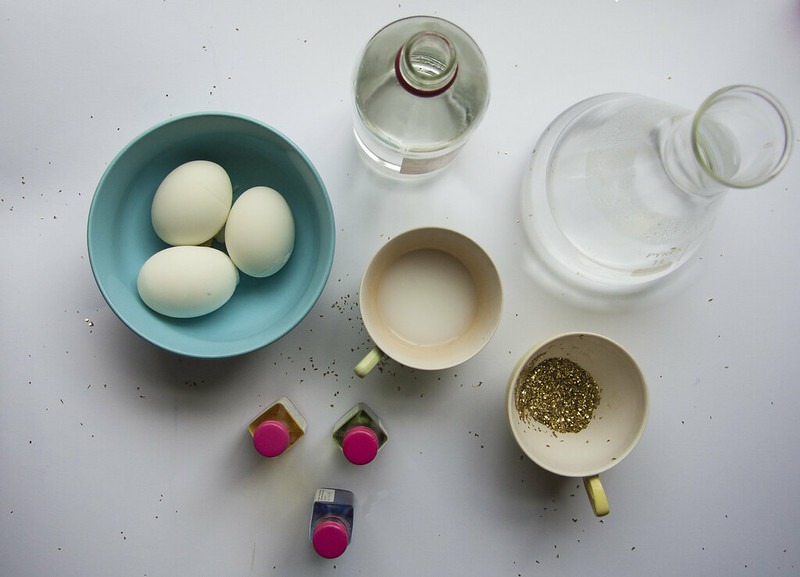 For the dye:
Duck eggs – I got mine from Sainsbury’s
Liquid food colouring
White vinegar
Warm water

1. First I hard boiled the duck eggs. The shells are much more fragile than chicken eggs, but they are lovely and white. You could try to blow them, but I was dealing with fairly wild young children and didn’t want to bother with the mess if one got dropped.

2. For each dye colour I got a cereal bowl and half filled it with warm water. I added 2 tablespoons of white vinegar and the whole 38ml bottle of food dye. The mixture needs to be deep enough to cover an egg in the bowl.

3. Carefully place the egg in the bowl on a spoon then leave it in there for 10 minutes. We managed to fit three eggs in each bowl at a time.

4. Take your eggs out and lay them on some paper towel. Once they are dry they may look a little faded compared to when they first came out of the dye. You can dip them again to strengthen the colour. We only did one or two dips because the kids were impatient, you could probably leave them in a lot longer and get much stringer colours.

5. To decorate, make a mixture of PVA and water that is syrupy, like the consistency of balsamic vinegar. (Most middle-class analogy ever. I’m trying to think of an example that sounds less yuppie but I can’t!)

7. Sit it in the egg carton that it came in, glitter side up, for about half an hour until the glue dries. Once it’s done don’t touch it too much because the glitter will come off pretty easily.