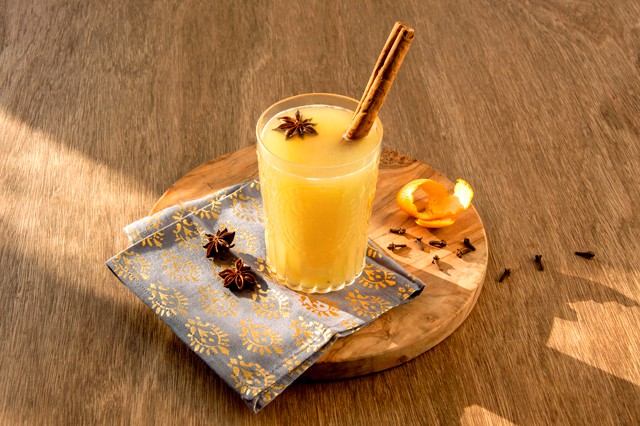 Posted at 16:00h in COCKTAILS by Emma Scott-Child
Share

Fireworks season is here which means it’s officially the beginning of mulled wine season. A season which I whole heartedly take part in because it opens up a whole new genre of drinks: hot cocktails.

I’ve used a nice fancy Anthropologie glass in the photo, but it’s the sort of drink that could also be drunk from a thermos, standing rugged-up in a muddy park, blinking up at the sky while some explosions go off.  Happy weekend, people!

Heat up some apple juice in a saucepan or microwave to just before boiling point, then pour it into a mug or glass with a shot of rum in it.

Put the grated orange rind, cloves and star anise in a tea infuser and add the cinnamon stick; allow to infuse for a few minutes.

Give it a stir and enjoy. 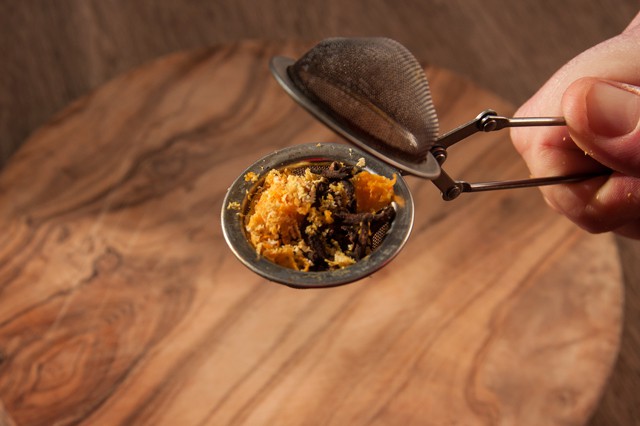