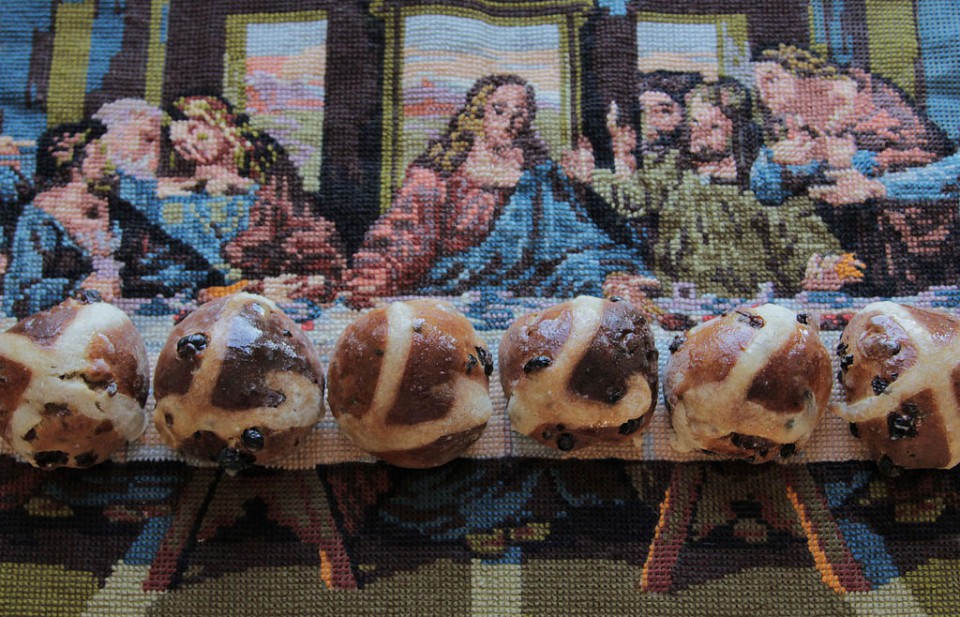 17 Apr HOME MADE HOT CROSS BUNS – A NEAR RELIGIOUS EXPERIENCE

Posted at 09:25h in ARCHIVE by Bella Binns
Share

Hot cross buns and wellbeing. The two are inextricably linked hence me, the health and beauty chick, moonlighting in the food channel for this pre-Easter post.

Okay, here are some things you should know before we start. This will take up to four hours in entirety between the gathering of ingredients, the mixing, the proving, the shaping, the piping. But the results really are worth it. I baked my first batch of hot cross buns last Easter and swore I’d never buy supermarket again. I mean, if I was offered one, sure I’d eat it, but baking your own is relatively simple. Albeit it a bit of a labour of love.

Then there’s the smell that will permeate every nook and cranny of your house (or two-bedroom flat) and the fact that you’ll have to eat a couple as soon as they’re cool enough to stuff into your mouth, even if that happens to be at 10pm, which is what happened to me after I decided to sandwich in a visit to the pub in the proving stages. Moving swiftly on then…..

I’ve hybridised two recipes because I couldn’t decide. So my ingredients and method are a cross between this recipe from Dan Lepard in the Guardian and the Tom Herbert version found in The Fabulous Baker Brothers. 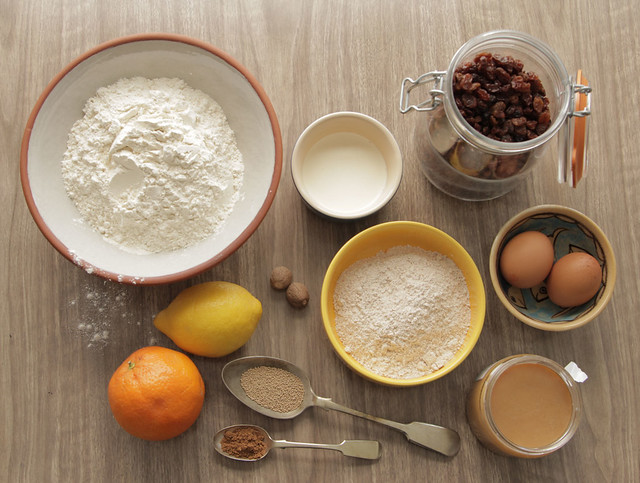 175ml whole milk (I only had semi and it worked okay, lobbed 50g of butter in to compensate)

Zest of one lemon and one orange (unwaxed)

Blob of sunflower oil and some water to mix

Playlist to accompany: I found Iggy Pop’s Sunday Service on 6 was the perfect accompaniment for making these. Especially when Jimi Hendrix’s Cross Town Traffic came on to energise my kneading when I was flagging.

1. Mix the cider, yeast and wholemeal flour in a bowl and leave to ‘brew’ for 30 minutes. You should see bubbles, mine were minimal (yeast was in last month of date!). Then in a pan whisk the milk, eggs, spice and honey, being careful not to create scrambled eggs, which is what happened the first time around. When it’s all blended, decant the contents of your pan into the yeast mixture and add the fruit. Leave to marinate for 10 minutes. 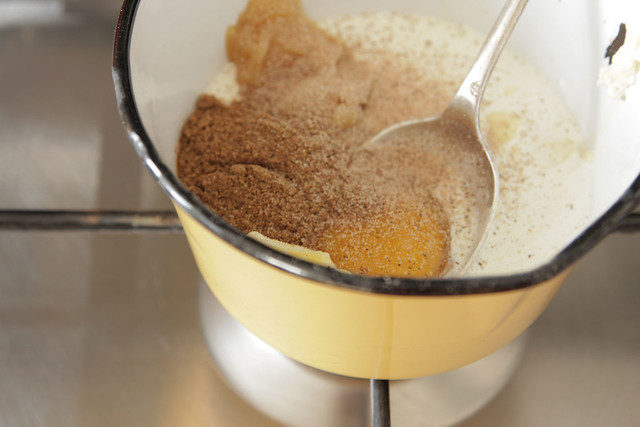 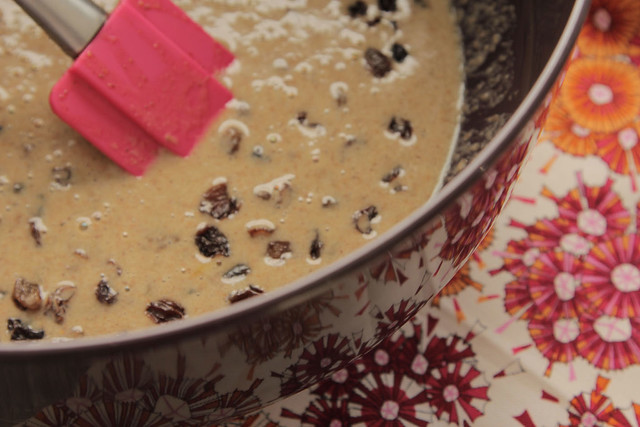 2. In a large mixing bowl, mix the remaining flour and salt, then add the sticky fruit mix and stir to create a dough. Lightly oil a clean surface and need for 10 minutes, then return to the bowl, cover with a clean tea towel and leave somewhere toasty to double in size (at least one hour). 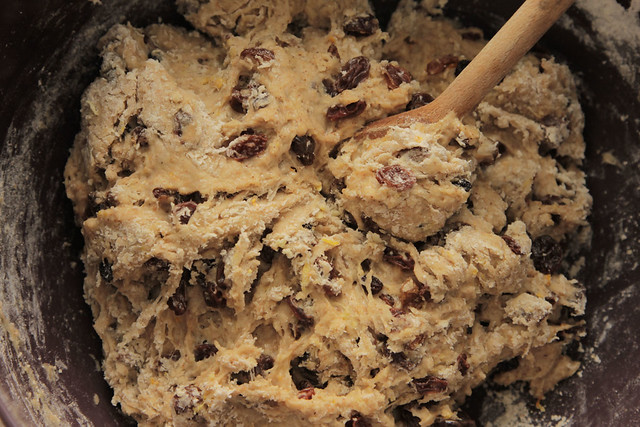 3. When you get back from the pub, I mean, hear the timer on your phone sound, turn the dough back onto the surface and divvy up into around 12 equal pieces. My method is to halve and then just keeping halving until you get there. Mould each bun into a firm round, not too flat, then leave on a lined backing tray in a warm spot for the second prove to double in size again. NB. Mine just swelled modestly so I took Dan’s advice again and popped them into a just-warm over for a few minutes to accelerate the proving process.

4. Meanwhile, mix up your cross or monogramming paste with the ingredients shown above. I tried to make a fancy piping bag out of greaseproof but white gloop started to burst out of the seam when squeezed, so in the end, I resorted to a freezer bag and then just snipped of the end to create a tiny nib for my piping. Pipe each bun with your branding, I mean, religious iconography and then pop into a piping hot oven, 210°C and bake for 15-18 minutes until risen and bronzed like a Kardashian’s cheekbone. You can tell if they’re done by tapping the underside and if it’s cooked it will sound hollow.

5. While the buns are baking, mix up a bun wash with a few tablespoons of boiling water, a few teaspoons of sugar and a pinch of mixed spice. Then brush onto the freshly baked buns as soon as they come out of the oven. Then consume, fast. 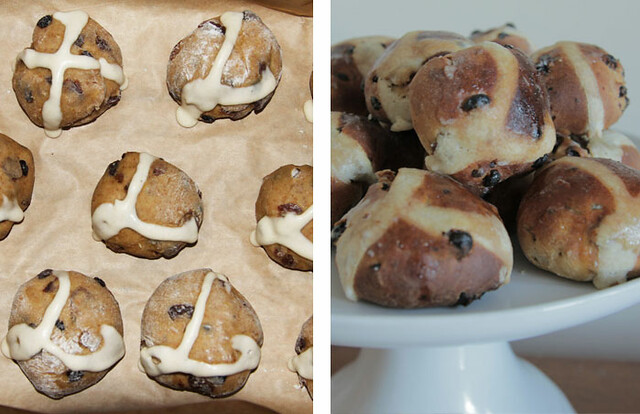