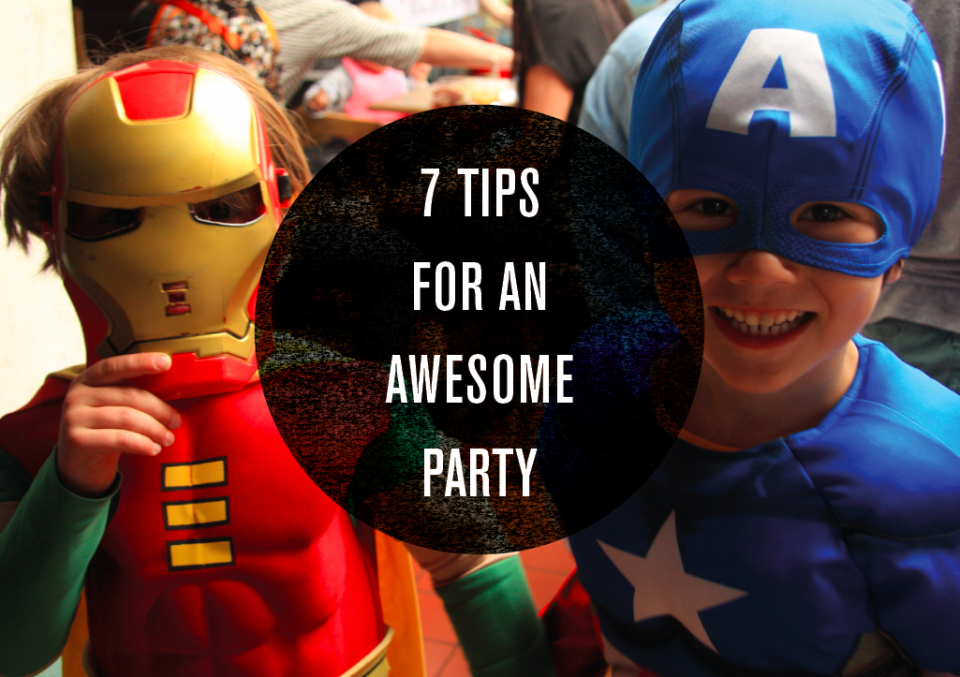 Posted at 08:51h in ARCHIVE by Emma Scott-Child
Share

People who have known me a while, especially pre-kids, know that I have always gone all out for my parties. Like the time I made a giant electronic flux capacitor, or that time I decided to dress as The Sydney Opera House. Or that time I made six of my friends join me dressed as the undead zombie astronauts from the Challenger space craft complete with space helmets and jetpacks full of beer.

So when I had my son I was clearly not going to buy a packet of balloons and let the kids entertain themselves; my time as a Mumzilla Party Queen had finally come. Another birthday in the calendar meant a chance to create giant decorations and insane costuming, but this time with a whole new audience!

The problem is, you can’t just drop everything and make robot costumes for a week when you have kids to look after. The first few parties we had were stressful to say the least. I had to cut back on the crazy creations and figure out the most important bits so I didn’t send myself and the rest of the family insane. And five years later, I think I have it under control.

Last week we had the pleasure of hosting an epic, kids-party themed, Mothers Meeting event at Shoreditch House. Fun times ensued as we made giant paper poppies, party poppers and pirate swords with a bunch of lovely mamas and their kids, so I thought I’d share my tips with you as well and link back to some of our previous party DIY posts.

So these are my tips for hosting an awesome kids party, without losing your shit.

You’ll make more of an impact if you repeat the same thing over and over than making various different bits and pieces. It might be bunting, paper chains, crepe fringing… whatever it is, you’ll need twice as much as you think so either start making it the week before or buy more than you think you’ll need.

If you’re thinking of making some bunting, try a few of these alternatives to regular old triangles…

Letter bunting: Spell out a name or reinforce the theme. Here is Elliot looking less than impressed that he has to be Robin and his younger sister’s Batman party. 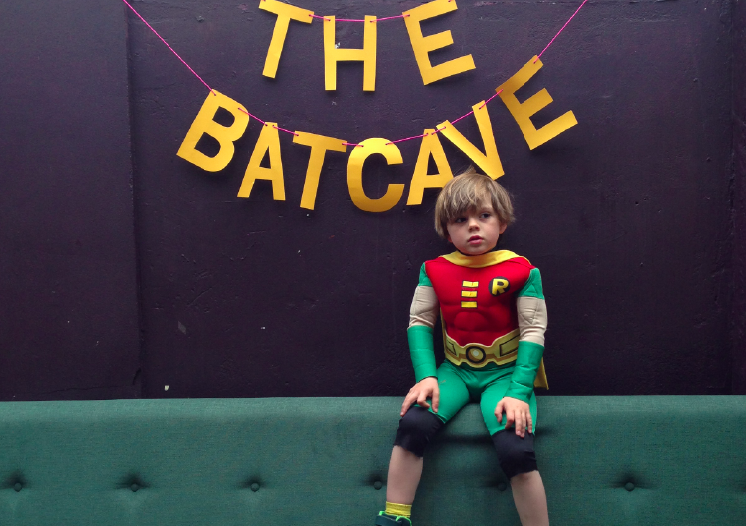 Get a circle cutter and make spotty bunting. (This too was made in a Batman colour scheme.) 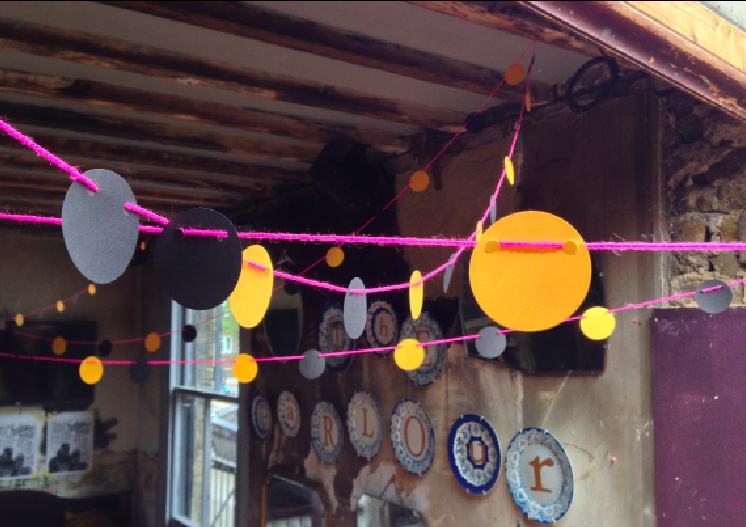 Try some Mexican bunting with our Papel Picado tutorial.

PACK PARTY BAGS THE WEEK BEFORE

And always make a few extra.

I usually make a few healthy ones for babies or kids who can’t eat sweets. There’s always a tiny brother or sister who wants one, and not everyone can stomach a packet of gummy bears.

Instead of buying regular party bags, you could make crackers with toilet rolls and tissue paper. 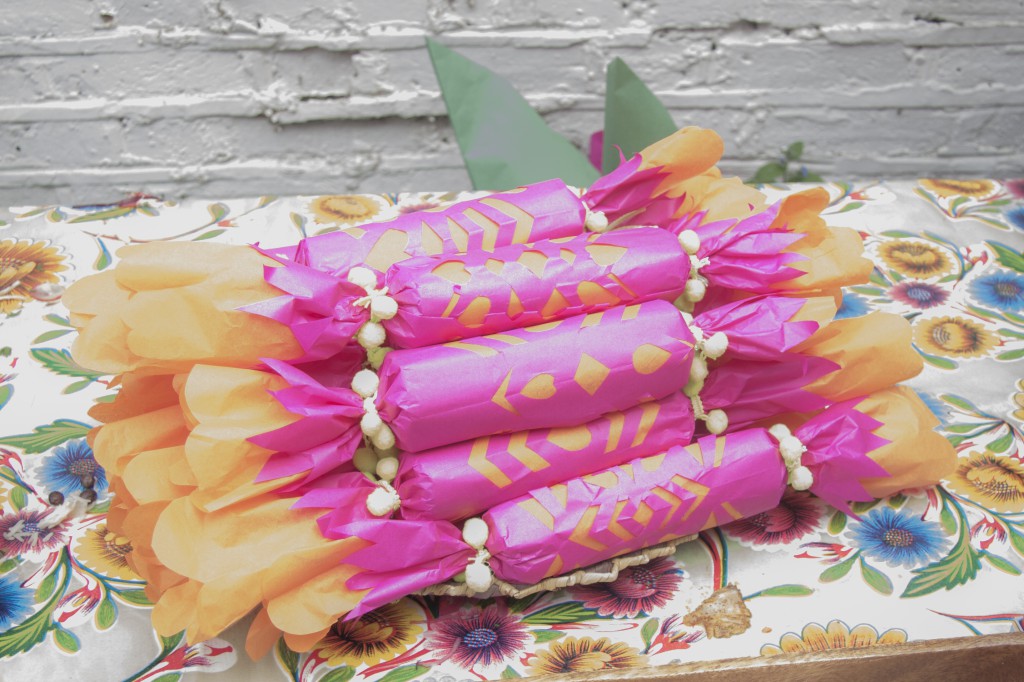 Or buy super cheap paper sweetie bags and add a personalised card on the front. 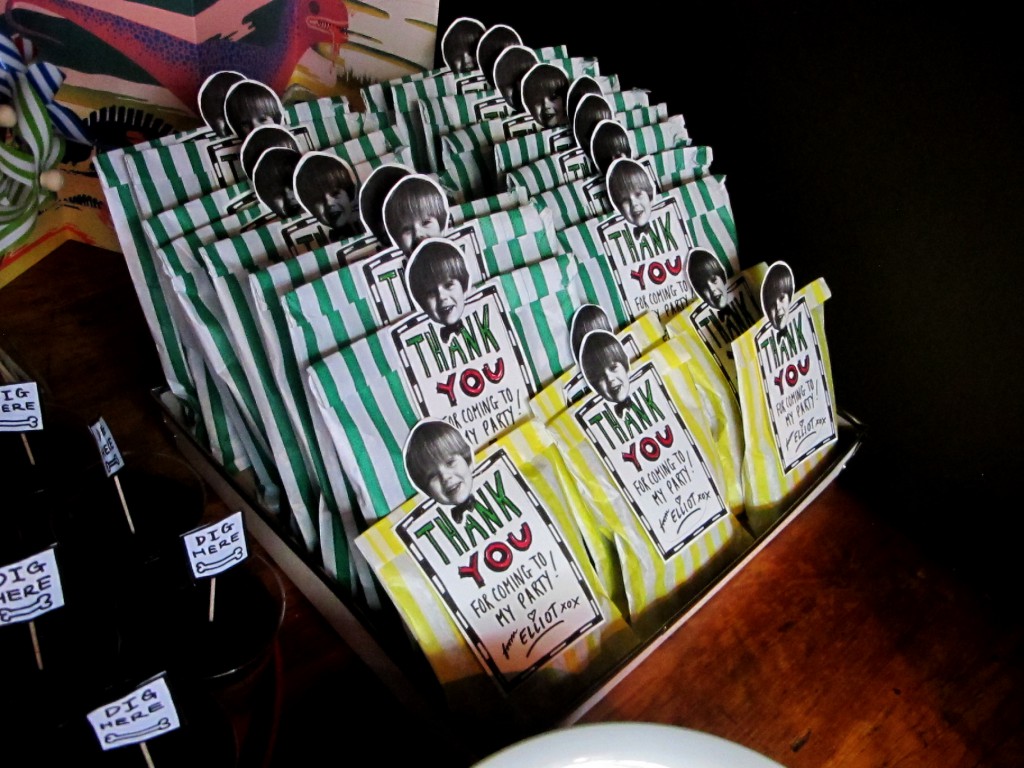 MAKE ONE AWESOME DESSERT THE DAY BEFORE

…then the rest of the food can be simple.

It might be the birthday cake or some jelly, make something that you can store overnight. One great dessert makes an excellent table decoration too. Then the rest of the food can be pretty basic, but you have a lovely centrepiece. They only need to be small, so little disposable shot glasses are perfect to make pudding in.

I made these for a dinosaur party. They had candy bones at the bottom, then coco pops, chocolate mousse and crushed Oreos. Each kid got a gelato spoon to dig for bones. 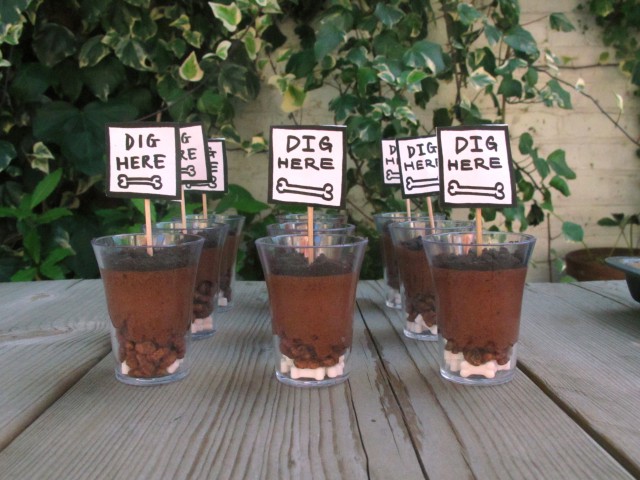 MAKE A PLAYLIST THE NIGHT BEFORE

…and include Happy by Pharrell and I Like To Move It Move It.

Kids go nuts for that shit. I have a Spotify playlist with all the party classics on it. Old school hip hop goes down well and Bob The Builder’s seminal album Never Mind The Breezeblocks is also a winner. And be sure to join in and dance like a dickhead. You only have a small window of couple of years where your kids think you’re cool.

I’d avoid that Do Ya Wanna Build a Snowmaaaaan? song from Frozen, it gets really sombre in the  instrumental bit in the middle where their parents die at sea and everyone ends up standing around staring at the floor. Kinda kills the mood. 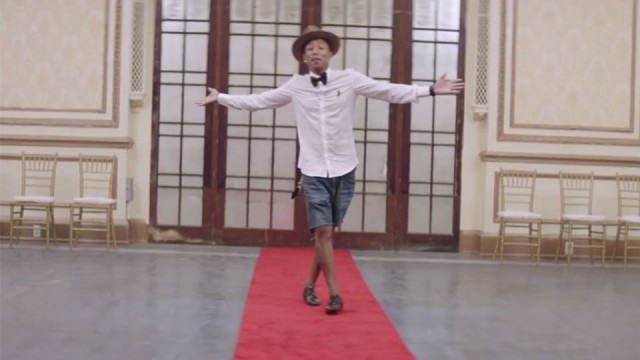 HAVE AN ACTIVITY PLANNED FOR THE KIDS

Kids will muck about entertaining themselves for a while, but to really amp up the fun, have something planned and pick your moment to do it. Like when a squabble breaks out announce, “Pinata time!”. Any activity that includes smashing, whacking or ripping is ideal.

Never buy a pinata from a party shop, they are too sturdy and you can guarantee that no kid will be able to smash it and everyone will end up standing around while a dad bludgeons Buzz Lightyear with a broom handle to get a few Smarties. And no one needs to see that. Make a pinata out of a paper lampshade which is easy to smash… 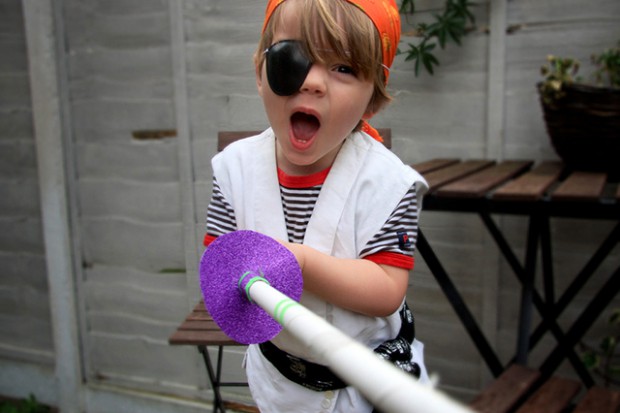 And if you go for the classic pass-the-parcel, jazz it up with a watermelon layer… 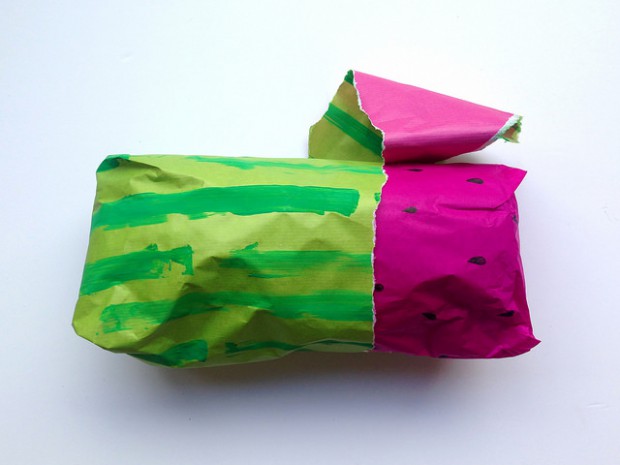 Not everyone wants to charge around with a pirate sword.
Some kids just like to sit quietly and make a picture. Set up a craft table with something simple that they can get on with, it will be a good ice breaker for kids who don’t know anyone too. If you do a Google search for some colouring pages on any topic, loads come up. For instance just say you’re having a Frozen party…  print them out, grab a packet of crayons. That’s a cheap activity sorted. 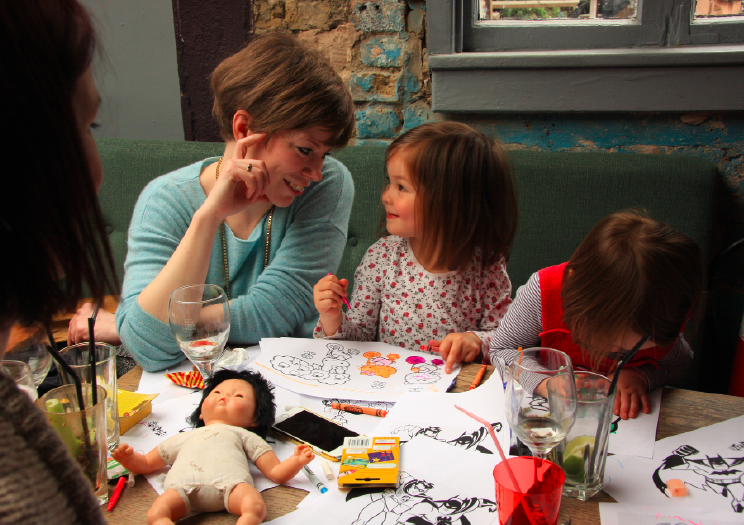 DO LESS ON THE DAY

One of the best ways to do this is to not have it at your house. Bagsie a bandstand in the park or hire a room in pub, it will probably be free and they will let you bring your own cake and desserts. That way you don’t need to tidy up or worry about the kid who ate all the sour coke bottles knocking every piece of furniture over as he karate chops his way across the room. (Probably my kid. Sorry about that).
Also outsource a few things if you can. Nana wants to make the cake? Sure, let her shine! Someone offers to tidy up, let them! Then have a couple of drinks and start breakdancing. By next year you may be banned from the dance floor.
Images, videos and styling: Emma Scott-child

MAKE A PAPER SNOWFLAKE
HOW TO MAKE EASY JUNGLE BUNTING
HALF-TERM RAINBOW PARTY WITH HUNTER!
HOW TO HOST A BABY SHOWER – LADYLAND STYLE