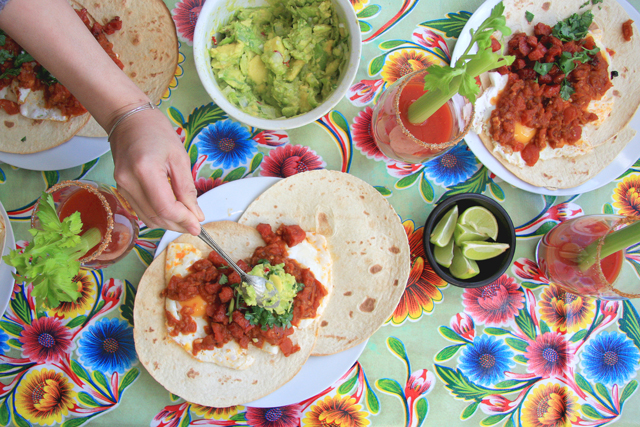 23 Apr I MARRIED MY HUSBAND FOR HIS HUEVOS RANCHEROS

Posted at 08:00h in ARCHIVE by Emma Scott-Child
Share

I am a terrible cook. As much as I try, I have yet to master anything other than a roast chicken and I still need to drag Delia out to help me. I have culinary dyslexia. You know the type: “What does simmer look like? Is it chopped small enough yet? How much is ‘a glug’? Whaat? JAMIE!” The whole thing is a bit stressful. So when choosing a partner I was never going to pick one of my own kind.

People say, “Aren’t you lucky having a husband who can cook!” Then Selina told me about her deft use of gin to snare her husband and it got me thinking… I’m not lucky, I’m clever! It was this brunch that sealed the deal with my husband, Tom. Huevos rancheros – a recipe which he claims he “just saw in a picture and made up”.

1. To make the salsa, heat a little oil in a pan, add two thirds of the chopped chorizo and fry until golden brown. Transfer the chorizo to a bowl and set it aside while you cook the rest. It is IMPOSSIBLE not to pick at it while you cook. Don’t drain the chorizo oil! This is the good stuff. 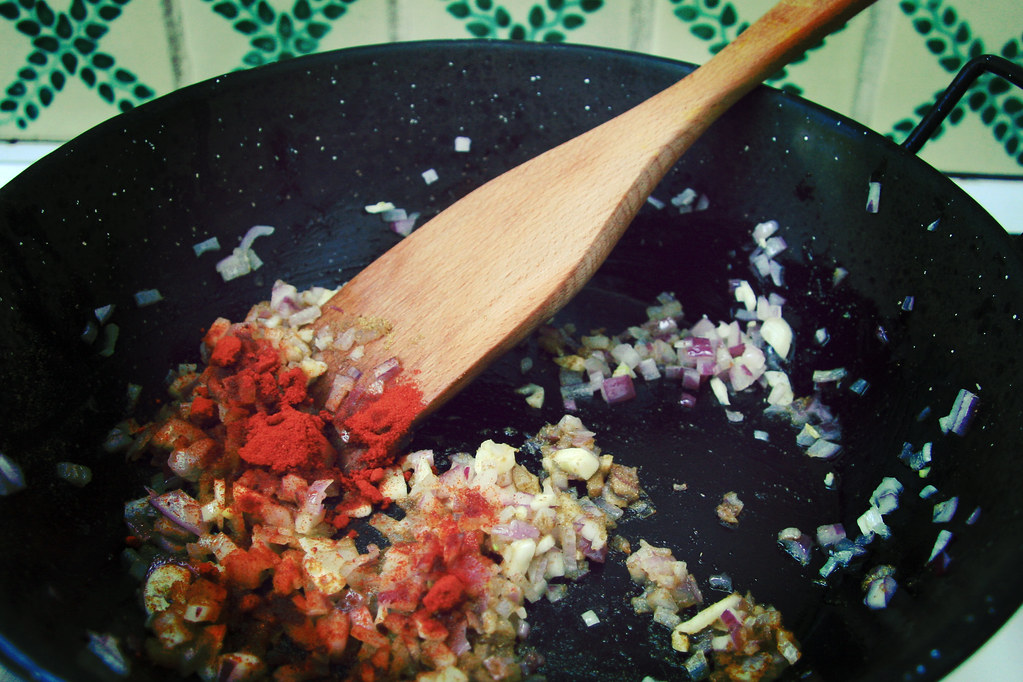 2. Add the onion, garlic, cumin and paprika. Gently fry for about 5 minutes until lightly caramelised.

3. Next add the tomato to the pan and simmer until you have a nice thick sauce. Keep this on the heat right up until you serve it.

4. While that’s cooking and simmering down, make your guacamole. Place the spring onion and chilli in a mortar. Squeeze in some lime juice, sprinkle in some salt and smash it up with a pestle – this makes the spring onion all citrussy. Now ‘smoosh’ in the avocado – Tom says, “Don’t bother chopping it; just smoosh it with the pestle.” Keep it all quite chunky. Season with more salt and lime until it’s as punchy as you like it.

5. Preheat the oven at 180°C and warm the tortillas. Keep an eye on them – you don’t want them to crisp up.

6. Heat a little oil in a pan, fry up the remaining chorizo and transfer it to the bowl with the rest of the chorizo, reserving the oil. Use the chorizo oil to fry the eggs.

7. Plate up two tortillas per person, slide an egg on top and dollop over some piping hot salsa, which will help cook the top of the eggs a little. Pile on the guacamole and chorizo, and garnish with coriander. Serve with lime wedges, hot sauce and hair of the dog. 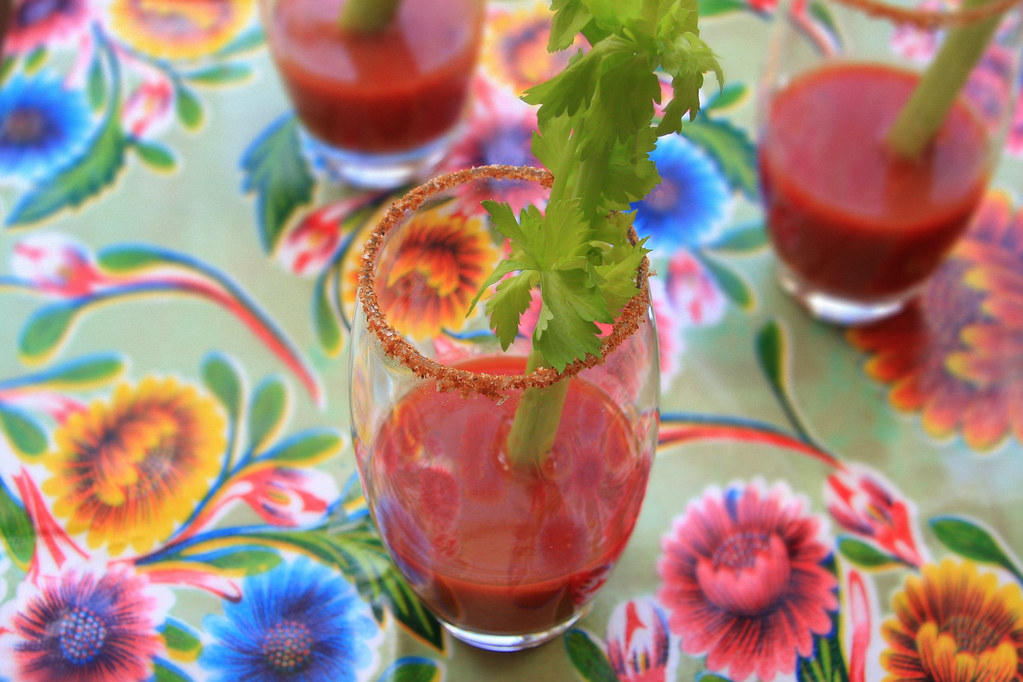 * May not be actual Spanish