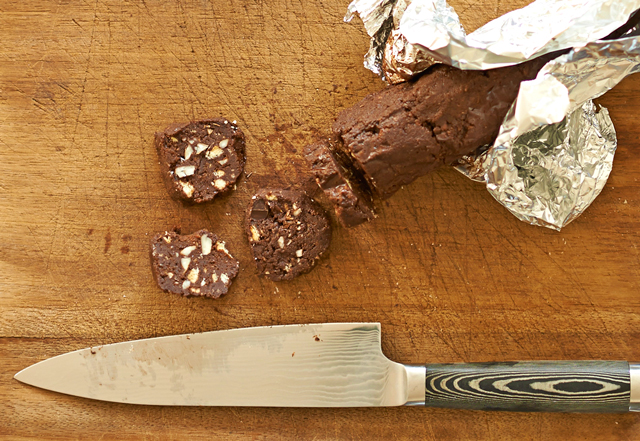 Posted at 16:37h in ARCHIVE by Margherita Poggiali
Share

I think today I might be revealing what seems to have been kept as one of Italy’s best culinary secrets. After gelato and tiramisu, the Salame di Cioccolata should have been announced with a fanfare decades ago and, really, I have no idea why this hasn’t yet become the next Italian dessert obsession. Maybe the name is too much of a mouthful, but without fail, once you try it you’ll also have mouthfuls of it (excuse the pun).

I make it a lot. In fact, when I was a teenager I made it so many times preparing it again now makes me feel a bit nostalgic – ah, the good old days, when concocting a dessert was enough to win a boy’s heart!

Anyway, the Salame di Cioccolata is one of the easiest and quickest desserts you can make and this recipe has never, EVER failed me (and I’ve made this a LOT). The base is from an old Italian biscuit packaging – in the 80s, Italian brand Il Mulino Bianco used to give a different recipe on every packet of biscuits they sold. But I’ve made so many variations over the years that I’ve decided I’m going to claim this one recipe as my own. This is my Chocolate Salami. 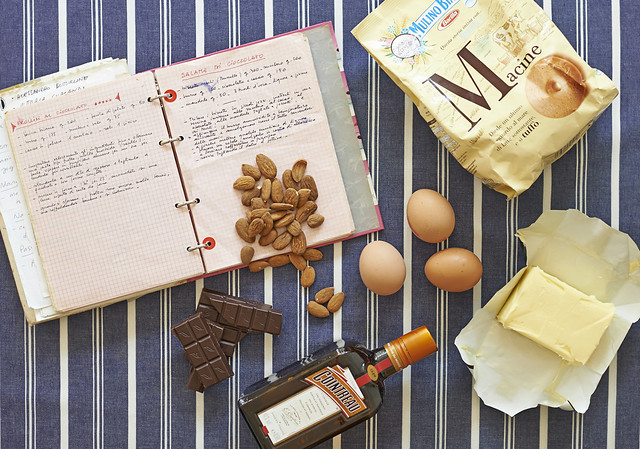 1. Cut the butter into bits and leave them on a tray to soften. 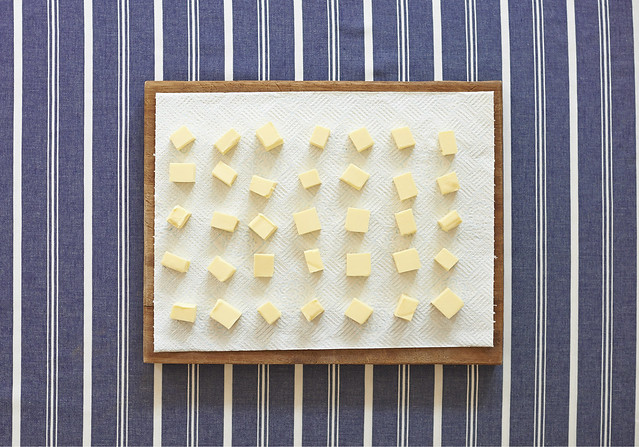 2. Grind two thirds of the biscuits into fine crumbs with pestle and mortar, so that you have a sort of flour made of biscuits. Break the rest into pieces of various size, but never bigger than a 2-pence piece. 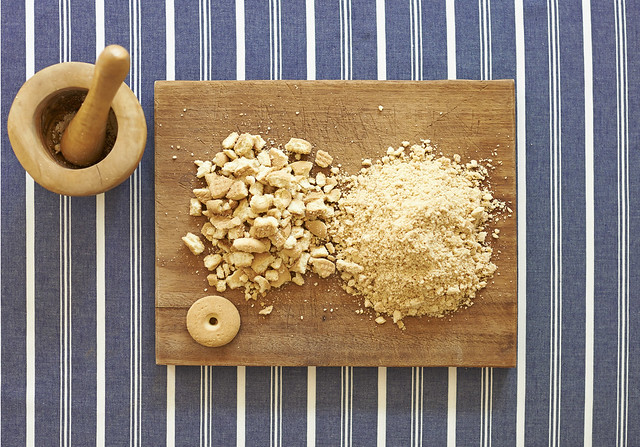 3. Use a knife to cut the dark chocolate into small chunks and slices. 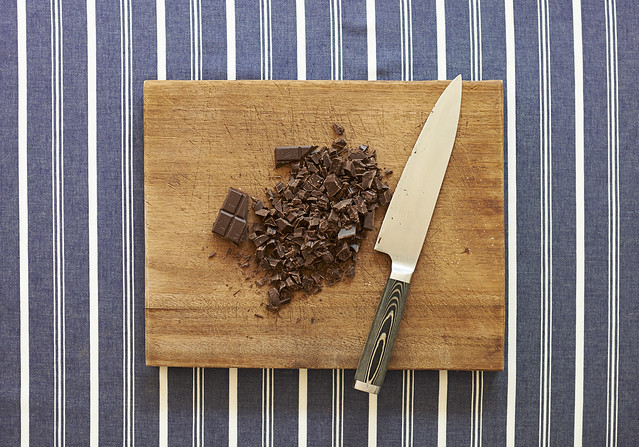 4. Chop the almonds into bits of various sizes. 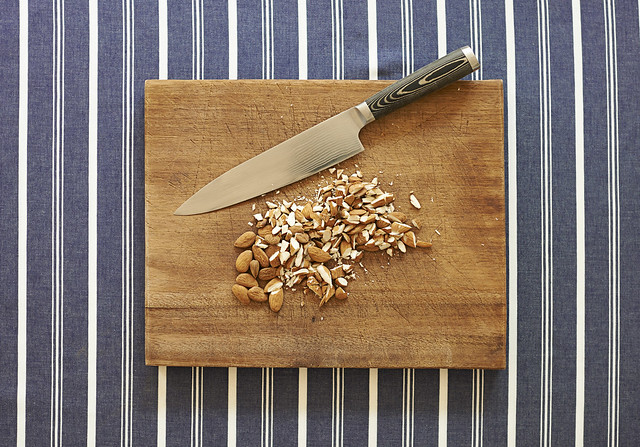 5. Put a large apron on and roll up your sleeves. Things are about to get messy! 6. Mix the sugar, the cocoa, the chocolate bits, the egg yolks, the biscuit crumbs and pieces and the almonds in a large bowl. 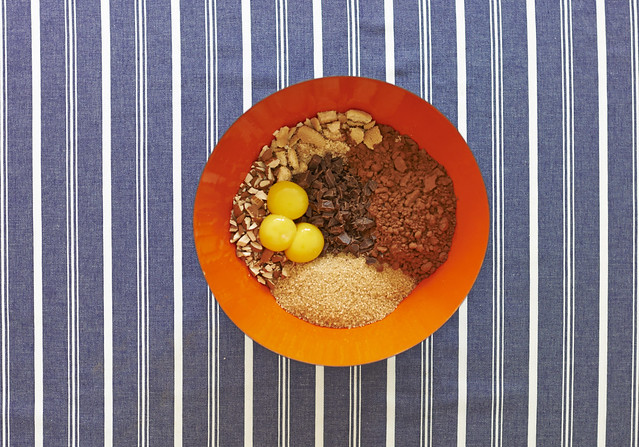 7. Add the butter and amalgamate everything with your hands until the mix is even, but not too mushy. 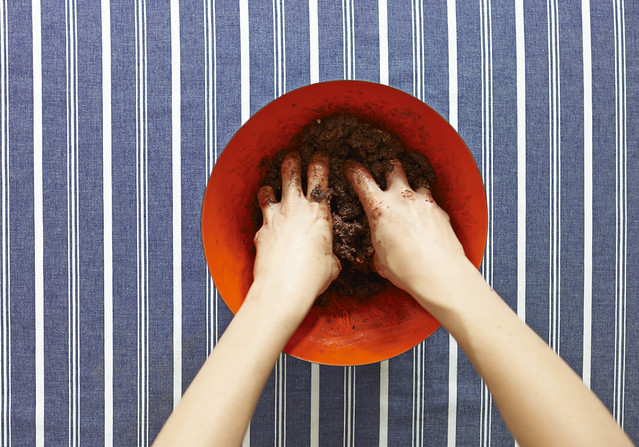 8. Add the Cointreau – this will soften the mixture even more. 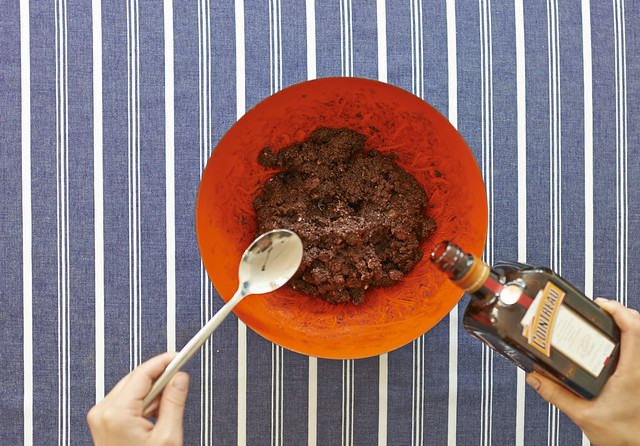 9. Cut two fairly long pieces of foil – about 40cm (16 inches) each should do. 10. Split the mix in two, lay each half on a piece of foil and shape them into salamis (and give way to as many jokes as you want). 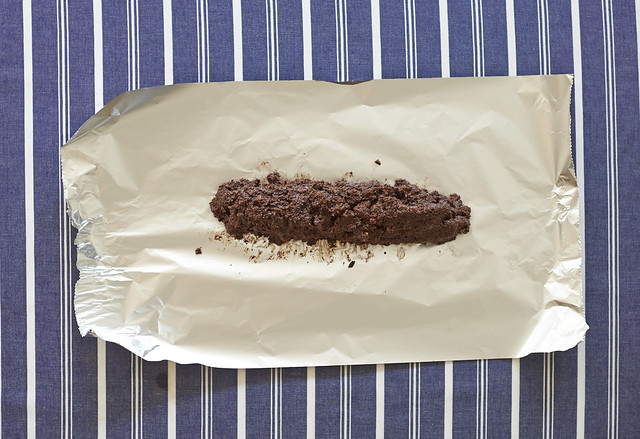 11. Wrap the salamis up and put them in the freezer for an hour to set. 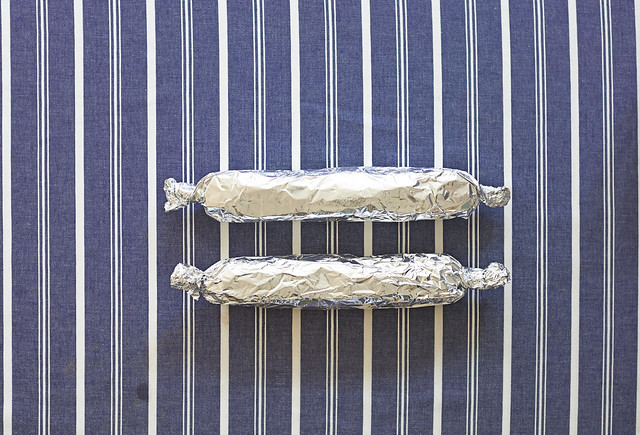 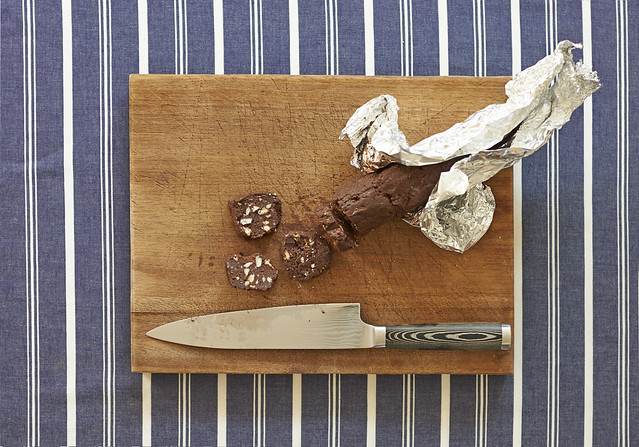 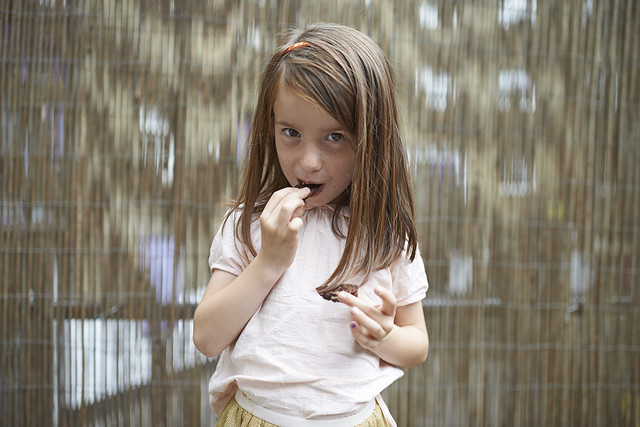