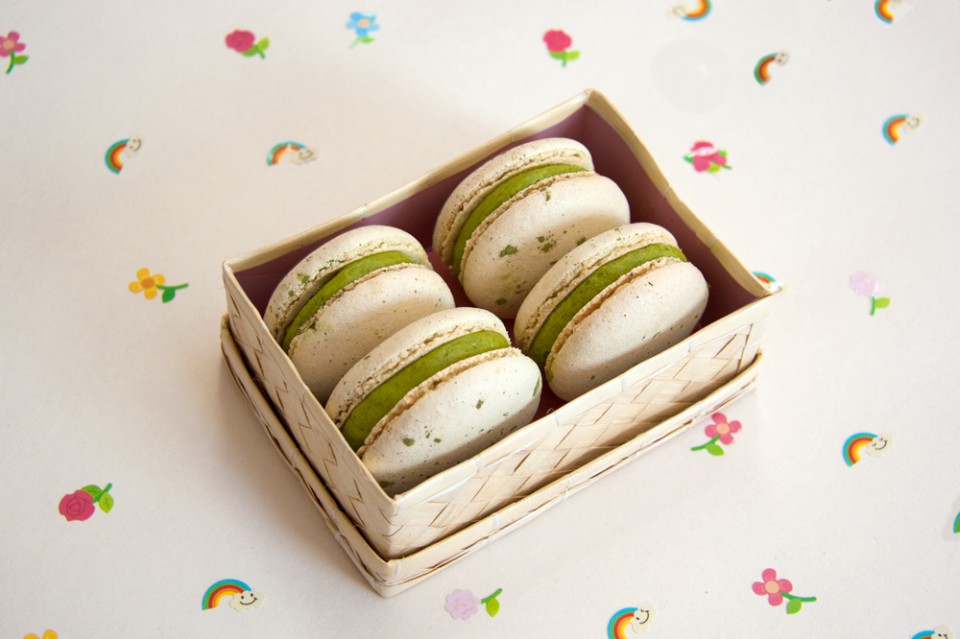 Posted at 11:36h in ARCHIVE by Clementine Larvor
Share

When the Japan week idea came about at Ladyland HQ, I admit I wasn’t sure what I could contribute… I am the only one of the bunch that never stepped foot in Japan! But Margherita had been asking me to bake with matcha for a while now, and with Bella donating a jar of the stuff, Japan week was the perfect opportunity to try it. I remembered eating some pretty amazing Japanese macarons last summer, and my last attempt at baking them was pretty successful. So it was decided: I was gonna bake a batch of matcha-flavoured macarons.

Matcha is green tea powder: it’s bright green, smells like old, dry grass and costs a mint. But that didn’t stop me! I decided on a plain macaron, in case the filling tasted rank, in which case I could save the whole thing by making a more traditional flavour! Well that nearly happened – my first taste of matcha-flavoured ganache was not very appealing, to say the least. My son’s reaction was pretty much the same as mine: “why would you want to put vegetables on these cakes?” But I persevered and filled each macaron with it and it worked… The sweetness of the macarons took away the bitterness of the ganache and they were all gone in a matter of hours. 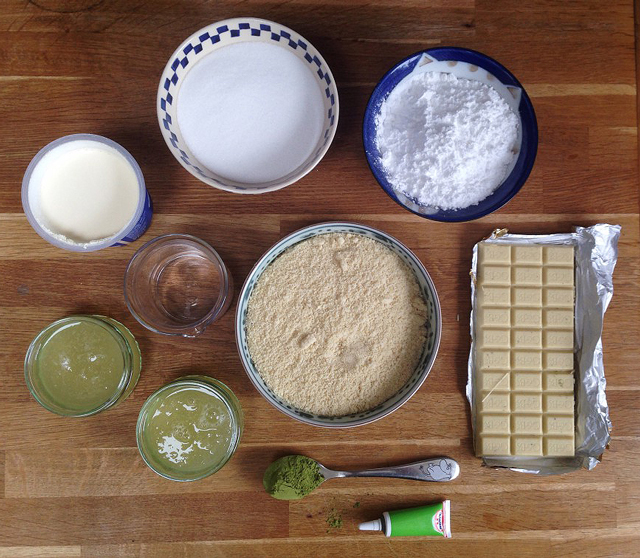 Optional: green food colouring, and a pinch of matcha powder for decorating

For the matcha-flavoured whipped ganache

1. Mix your icing sugar with your ground almond into the ‘tant pour tant’, it needs to be as fine as possible so you might need to sift it a few times. I didn’t, I am lazy like that. 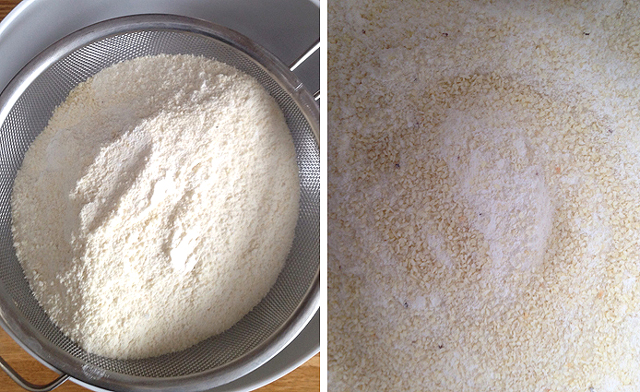 2. Mix the ‘tant pour tant’ and 80g of egg whites until smooth. Add food colouring if using  (I did and it didn’t work!). So don’t use cheap colouring paste from the supermarket like I did, it’s okay for icing but not for baking really, you want the professional good stuff like Wiltons. 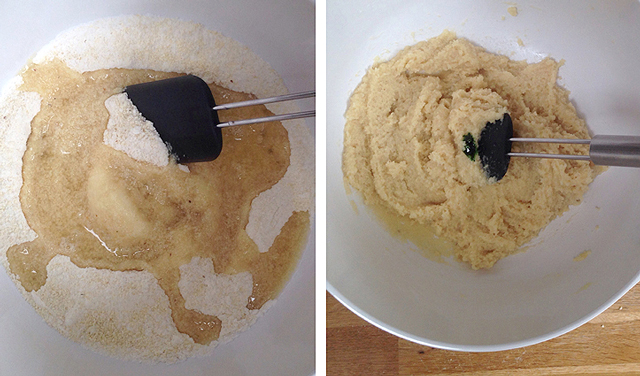 3. In a saucepan, dissolve the caster sugar and water. Let it boil without touching it (do not get tempted to whisk it!) until the thermometer reaches 115°C. 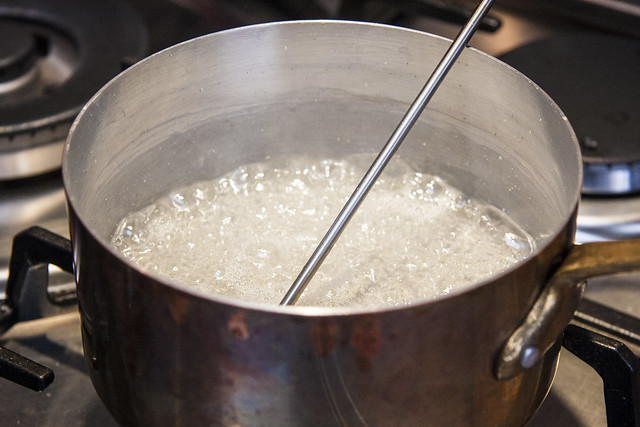 4. In the meantime, prepare your Italian meringue by slowly whisking 80g of egg white. When the thermometer reaches 105°C, whisk your eggs briskly. When it reaches 115°C, slowly pour the syrup over the egg white. Continue whisking, about 10 minutes. 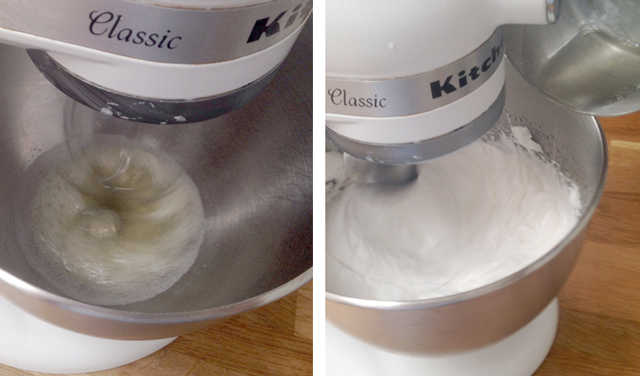 5. Add about a third of the meringue into the ‘tant pour tant’ and mix, then add the remaining meringue and start macaroning: incorporate the meringue to the almond mixture, regularly mixing from bottom to top and from the edge of the bowl to the centre until smooth and homogenous, but not too runny! 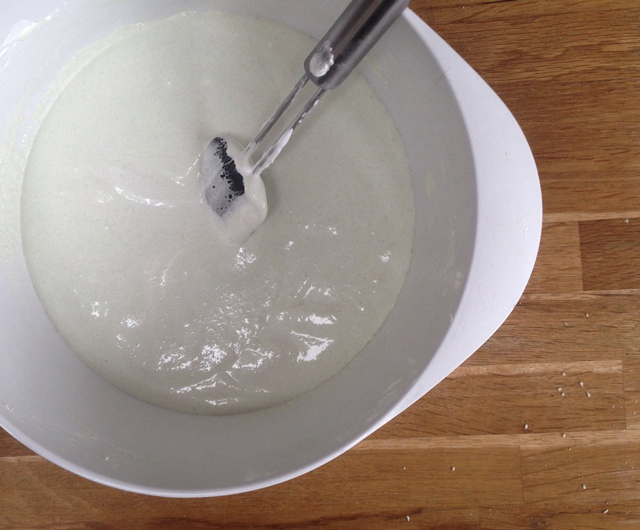 6. Pipe macaron mixture into little blobs. I used an 8mm sized piping tip. Once all your macarons are done, tap the baking sheets a couple of times and leave them alone for 30 minutes, to develop a crust. I sprinkled a little matcha powder for decoration. 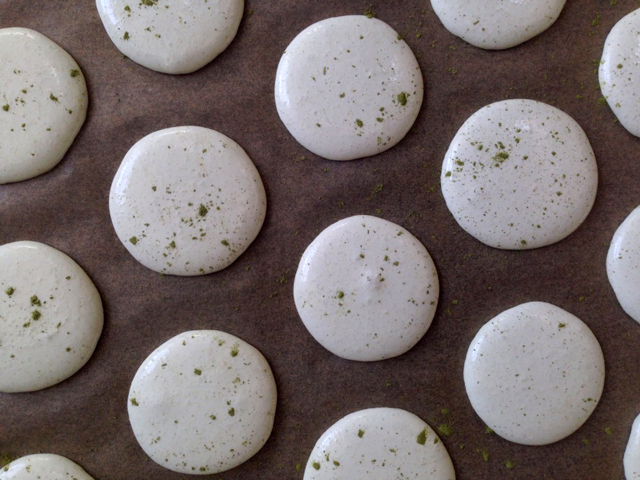 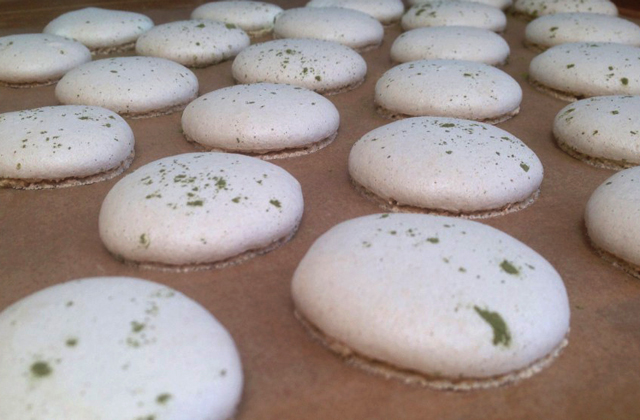 9. In the meantime, make your filling: melt the white chocolate in a bowl over a pan of simmering water. Heat up 60ml of the double cream and add to the melted chocolate. 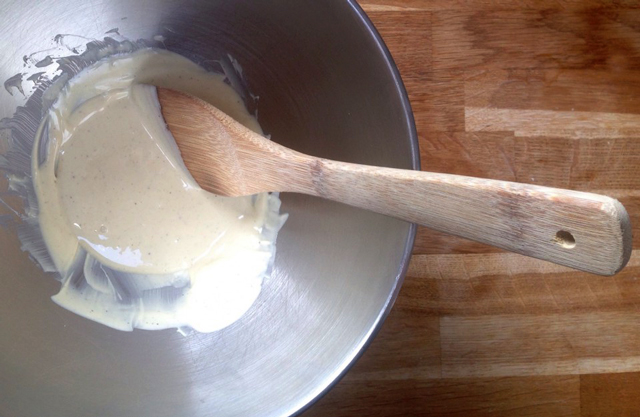 10. Start by adding a tablespoon of matcha powder. Add more to taste, I used two tablespoons, which is quite a lot and if you were to taste the mixture at that stage, you might honestly think that was a mistake! But trust me, it’s fine. 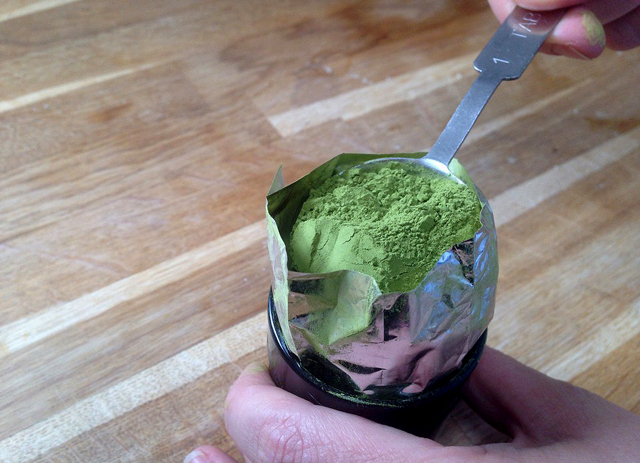 11. Yep, that looks like the content of a collicky baby’s nappy… Add the remaining double cream and leave in the fridge for at least 30 minutes. 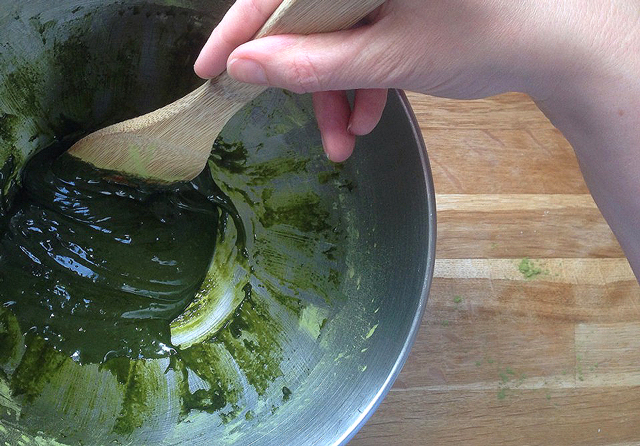 12. Whisk your ganache into a whipped cream: start slowly, it will split at first but eventually it will come together and you can then increase the speed of your mixer. 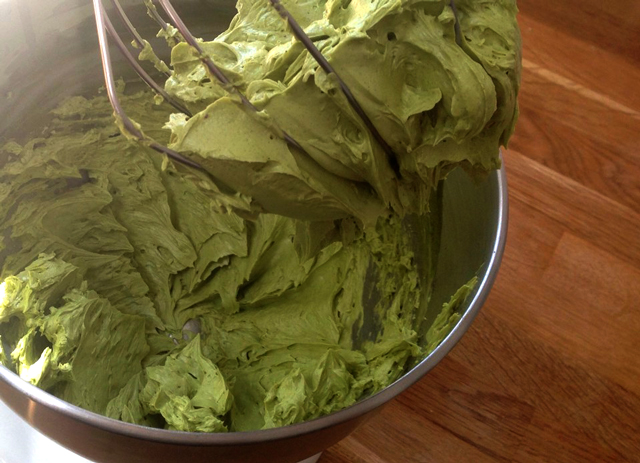 13. Pipe the ganache into macaron sandwiches! Leave in the fridge to set – apparently you should wait a whole 24 hours before eating…. if you can resist! 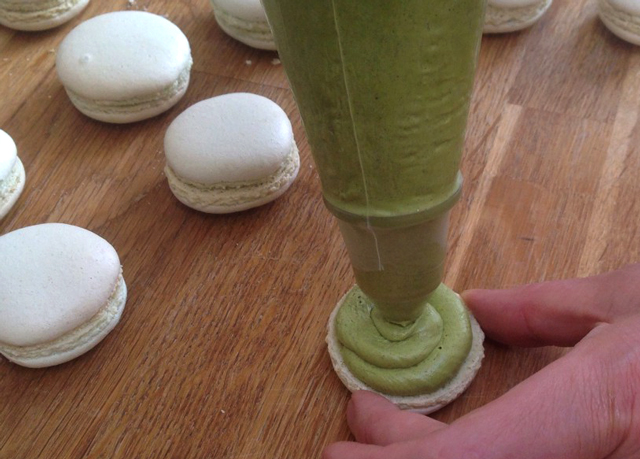 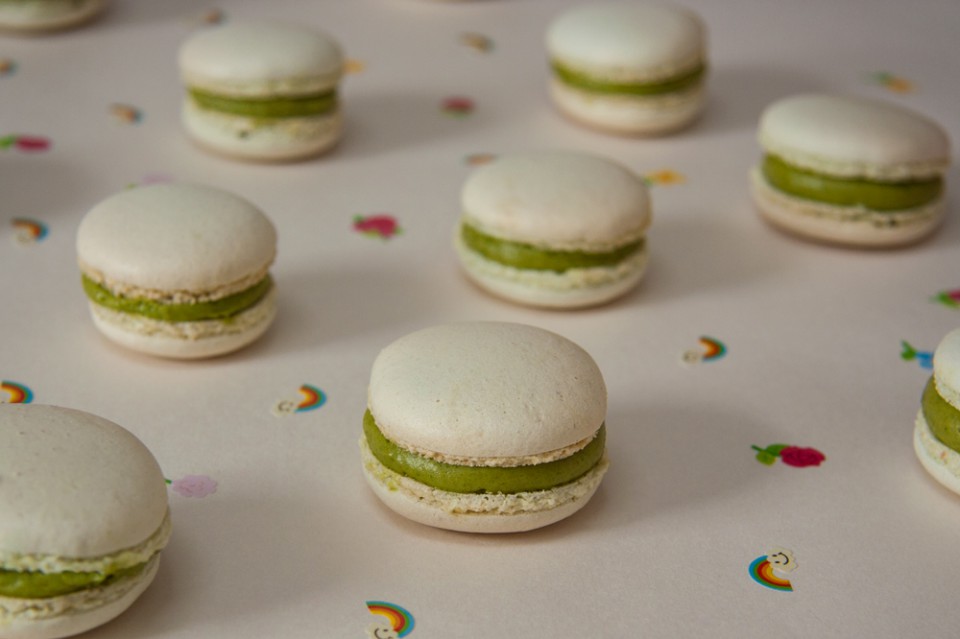