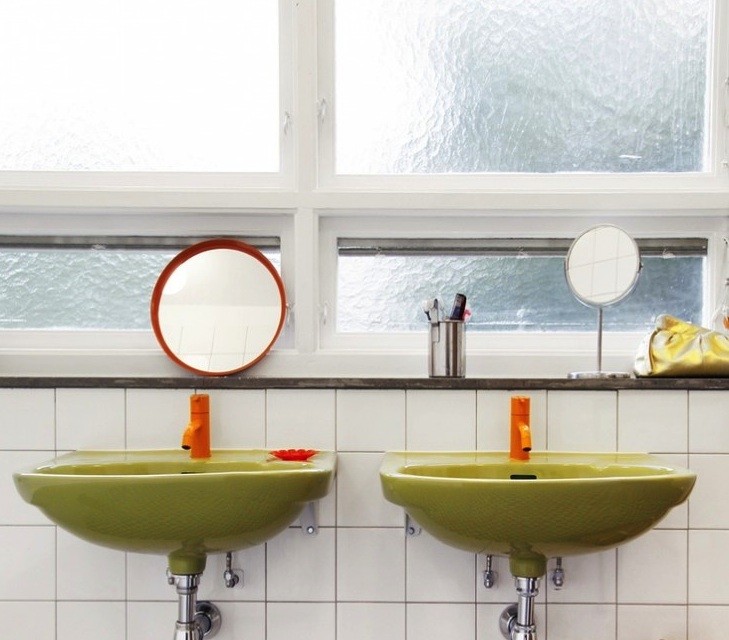 Posted at 10:00h in ARCHIVE by Clementine Larvor
Share

I’m about to embark on a home renovation project and have been obsessing over taps and shower systems for months, exciting right? I am not joking, I actually DO think it’s exciting and I really really really want to splash the cash on some fancy non-chromey equipment. This could turn out to be a veeeeeeeeery expensive mistake mind you, a modern-day avocado suite if you will. I blame this new obsession on Jenna Lyons and her web famous old bathroom (if you’ve never come across it I doubt you are even aware of such entities as Pinterest or Jenna Lyons). I used to live in a flat with gold fittings in the bathroom and of course, I hated the bloody things – but this was 2005 and I didn’t know of Ms Lyons or Pinterest yet so in the bin they went! But to be fair, they wouldn’t have cut it, in my opinion non-chromey fittings only work with modern designs, or at the very least with simple classic shapes. So if like me you’re a slave to trends and about to embark on some home improvement, here’s a round up of non-chromey taps you can get your hands on in the UK. Warning: There aren’t a lot of places to choose from, Bathstore hasn’t cottoned on to the trend yet (which is a good thing because when they do, they’ll officially be naff)! 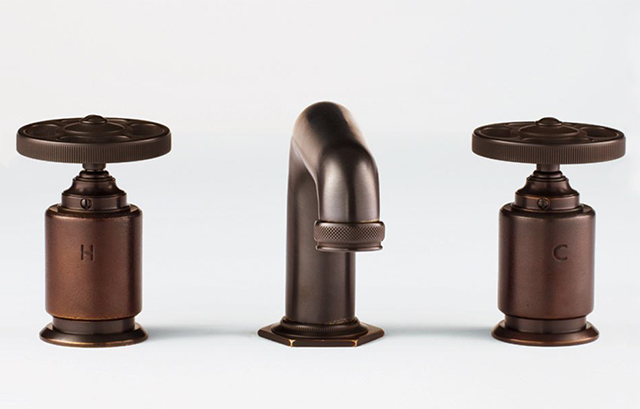 If you want to emulate Jenna Lyons’ bathroom then look no further. They have a very large selection of metal finishes from nickel to carbon, copper, and even gold! But at an eye watering £3,474.72 + V.A.T. for the Easton shower system in antique brass finish it will take a lot of convincing for DH to agree. And that’s not even the most expensive colour, gold is nearly 7K!

For that German engineering touch

Dornbracht’s classic Tara range is now available in black, my favourite finish of the moment! Not cheap but when you have been mooning over Waterworks for a while, it feels like a bargain. Image from Remodelista 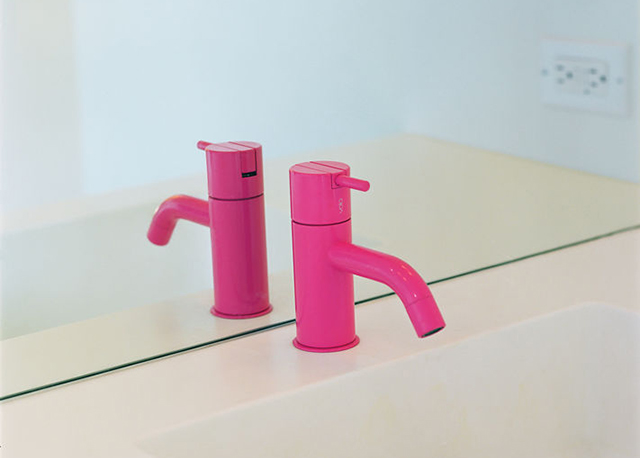 Designed by Arne Jacobsen, you can’t go wrong with a Vola tap! No, really. They’re produced in an array of vibrant colours, from pink to blue, but also in more ‘classic’ finishes like copper and brass. Image from dwell

For the eternally skint 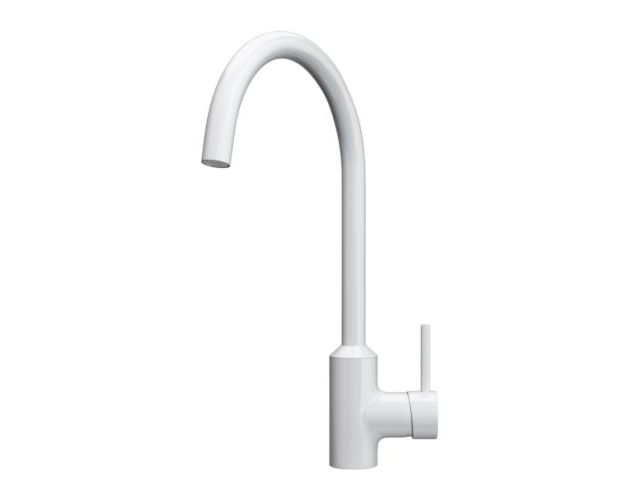 Turns out Ikea does black and white taps… Actually, in the UK they only do white, and it’s a kitchen tap…. Can you use a kitchen tap in your bathroom?

If you speak Swedish 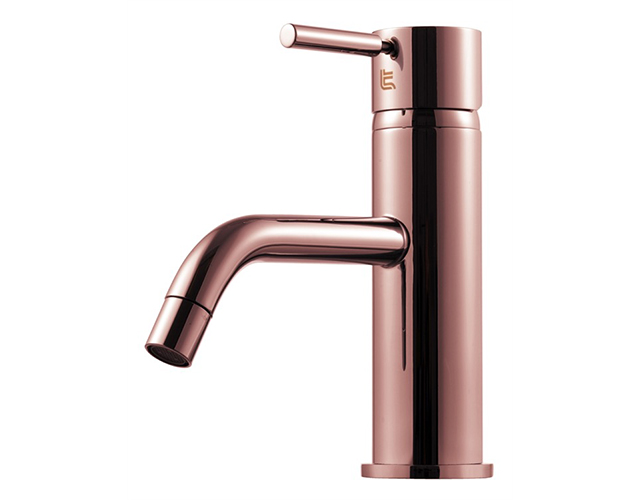 So technically it doesn’t look like you can get these bathroom fittings in the the UK, but it’s in Europe so there might still be a chance? As plumbers across the land will attest, the UK plumbing system seems to be one of a kind, so you would really need to check their suitability first… But look at that rosé tap! It’s surely worth a try.

Alternatively, you could also get your taps made by a plumber like fellow ladylander Margherita, or give cheap taps the electro plating treatment. But that’s if you’ve reached peak tapware obsession…