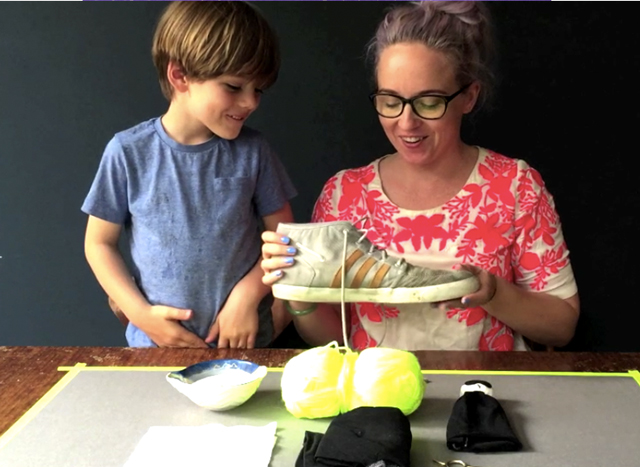 Posted at 09:15h in ARCHIVE by Emma Scott-Child
Share

Who knows a dad with smelly feet? I know one. Which is why, for Father’s Day we have made him some Stink Thieves.

I was having a look online for a quick remedy for stinky shoes and found that baking soda (a.k.a. bi-carb soda, baking powder, magical stink fairy dust) is a great way to absorb the stink. Just place a sachet of it in the shoes overnight and the stink will magically disappear.

So I thought this would be a fun Father’s Day craft project for the kids. It’s incredibly easy, even a pre-schooler can help you out with this one.  See below for details of all the bits you’ll need. You’ll probably already have it all around the house already.

2. Baby wipes – I used a dried out baby wipe because the material it’s made of is perfect. It allows the stink to be absorbed, but it doesn’t let the powder out like cloth might. I dried them out by hanging them on the front of the oven. You could also use cloth, I used calico for the first one I made, but it doesn’t hold the powder in so well, so you may end up with some left in the shoe.

3. Wool or string – to tie it up, I used yellow for the video so you can see it clearly, but it would look good with black to blend in.

4. Some old black tights – for his body

5. Some black felt – for the little mask

6. Some PVA or fabric glue to stick his mask on

7. A black felt tip pen to draw his eyes 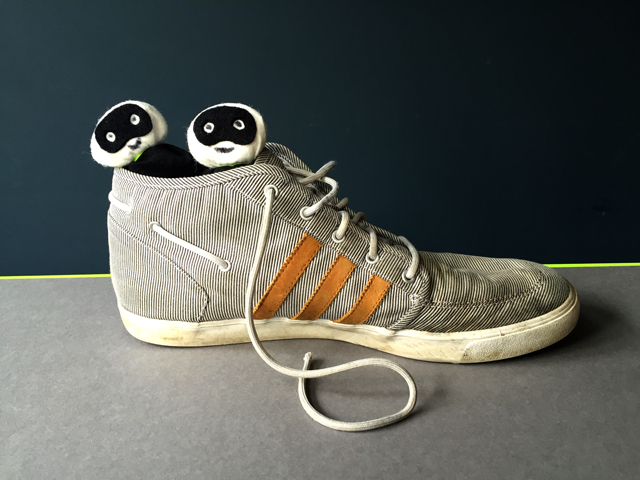