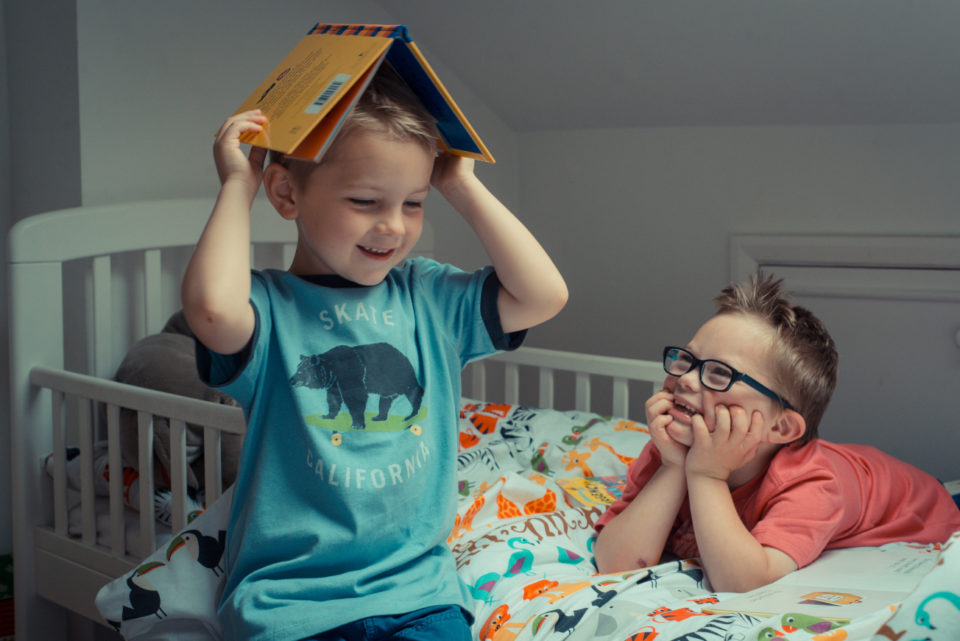 25 Aug THE LABEL – SEEING BEYOND DISABILITY

A few years ago, a headline ran in a broadsheet newspaper, and it completely took me aback. The piece was about my son Seb, he had just made history as the first child with Down’s syndrome to model in a major high street retailer’s ad campaign and it was pretty big news. I read the headline with a screwed up face, confused by it and my cheeks flushing hot. The headline read:

Disabled? I thought. Disabled boy? What? My son isn’t disabled. And even if he was, how could it be more important than his name? Silly really, when the whole point of ad inclusion is to try and “normalize” disability.

If you aren’t the parent of a disabled child then you are probably wondering what my problem was. Seb is disabled. He has Down’s syndrome, so there is no question. But the thing is, I don’t see or think of him as disabled. He is Seb. Just Seb. He is a little boy full of magic and mischief and a razor sharp wit. He is my oldest child with a tendency to run off and a strong will. When I picture him I immediately see his stunning big blue eyes and hear his infectious laugh.

But it hasn’t always been that way. 24 hours after giving birth to my first baby, we were told of concerns that he had Down’s syndrome. My world literally fell apart. My child? Disabled? Not just “different” to look at but a learning disability too. Somehow the learning disability aspect was the hardest thing to stomach of all and I can still remember a midwife giving me the contact details for Mencap. I felt sick. How could I have a disabled child?

As I frantically devoured text book after text book, desperate to take an element of control in a hopeless unchangeable situation, I would check off each physical characteristic as I looked at his precious face and body.

The sandal gap. The upslanting eyes. The tiny nose. The flat features. His broad stature…

I would look at Seb’s beautiful face, with a heavy heart, mentally photoshopping his “features” away. Imagining what he would look like if he didn’t have Down’s syndrome, it was all that I could see and I was too scared to even contemplate what the learning disability would “look” like as he got older.

Bit by bit the hurt began to lift as I fell in love with Seb. My baby, my boy. Over time the diagnosis became less and less, his personality came to the fore, and Down’s syndrome became just a very small part of who he is. That’s not to say I am in denial or pretending he is anything other than who he is. I am not ashamed at all of my son having Downs syndrome, in fact these days I am rather proud of it and how it has shaped me as a person.

So, I forget. I genuinely forget that he has Down’s syndrome. I don’t see his “features” either and I happen to think his little nose and big blue almond shaped eyes are what makes his face so beautiful.

A while ago, we went to visit some lovely friends in Surrey. Their house is something out of a dream. It backs onto acres and acres of woods. A beautiful, fresh Spring day made for the perfect opportunity to go and clear some cobwebs away. We put on our wellies and set off.

Seb loves dogs. Whatever journey we take, be it in the woods or just the humble school run, we engage with every dog we pass.

For every dog we meet, we enjoy the most wonderful interactions. I have seen such precious moments on the beach, Seb throwing balls and being taught how to get dogs to raise their paws for a treat. One of the most memorable and moving encounters was on the streets of Bath. We got talking to two homeless men, the engagement only happened because Seb asked if he could stroke their dogs. They chatted for a while and as we walked away one of the men said to me “You’ve got a diamond there. Really precious” and I set off swollen with pride and the biggest lump in my throat when I thought about how much magic Seb spreads wherever he goes. 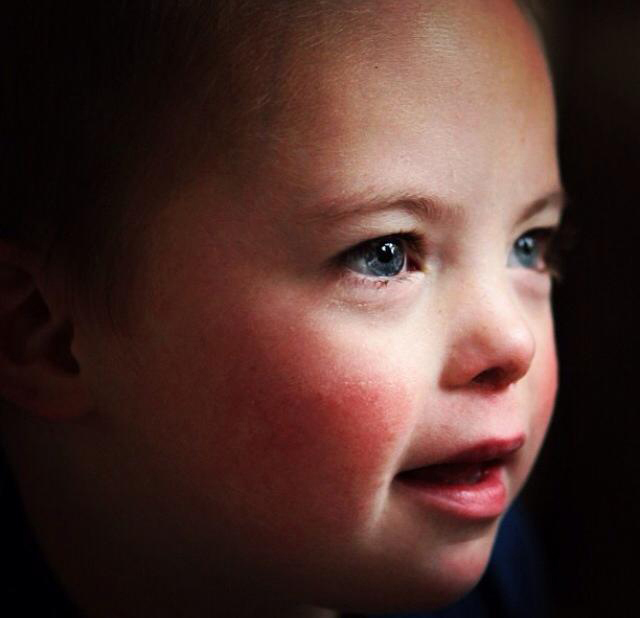 But back in the woods that day, it was a very different story. We had seen many, many dogs. A great Dane, a few mixed breeds, black dogs, terriers – an ironic diverse cross section of dogs. Each interaction as different and as charming as the dogs.

And then we walked into a clearing in the middle of the trees. An affluent looking lady, about my age, perhaps a few years older, was walking her pedigree breed of some sort up a hill. It was a medium to large sized dog, on its lead. Brown, with shaggy fur. The lady had two boys with her too. I would guess their ages at about 10 and 12.

Seb ran up the hill towards the dog. I knew what was coming so casually followed after him.

“Exxxxcuse me” he said with his trademark stutter, something that always tugs at my heart, sweetly looking up to catch her eye.

“Please can I s-s-s-s-trrroke your dog?” he added, still eagerly looking up for eye contact.

The lady quickly glanced across him but looked away just as speedily, she ushered the dog quickly and told her kids to hurry up.

He said it again. Same response.

I hurried my pace to try and catch up with him. My heart breaking into a million pieces.

“Come on Nellie!” she sternly said to the dog and pulled it’s lead to fasten its’ pace.

The woman reacted as if she was being hounded by a knife wielding maniac or someone riddled with a contagious disease, and I could feel the hurt rise and rise up inside me. My beautiful, beautiful boy, who consistently sees the best in everyone, being out and out snubbed by this stuck up woman. How difficult would it have been for her to simply say “Sorry young man, we have to be quick, we are off home” or similar?

I could not fathom a single reason why she would be so obtuse. And then it hit me. He’s disabled. She saw disability. Worse than that, a learning disability – and she was (literally) running for the hills. She was panicking that my son was going to taint her “perfect” existence – and she was uncomfortable.

All she saw was Down’s syndrome. Yet in that 5 seconds I saw so very much of who she was and it stayed with me for a long time.

But as time has passed, I pity her and her outlook – to live such a smooth and blinkered existence.

But maybe, I could have been her, had I not been given the chance to learn.

Caroline White is an ambassador for the Special Olympics, GB and a patron of Mencap’s Musicman Project. She has spoken at a TEDx event organized by King’s College London on the subject “Beyond the Genes” and is a regular contributor / writer for Mencap, The Huffington Post, BT.com and her own blog Force of Nature. She’s passionate about inclusion – in schools, in communities, in sport, in advertising – in everything and believes inclusion will breed a new generation of acceptance – people who will value every person on this planet as an individual. Her upcoming book, The Label – A Story for Families, will be published in 2017.
Above all though, she is a mum.