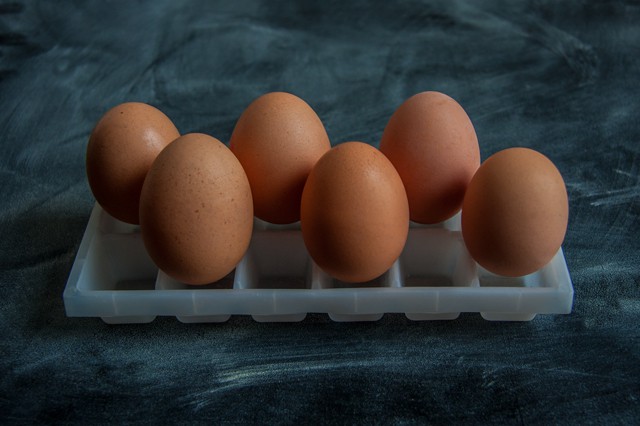 05 Mar WHY I’M NOT FREEZING MY EGGS

It’s not like I haven’t thought about it. It was late one night after dinner with the girls last year that conversation first turned to the subject. We were down to three of us and, as usual, I was talking about where on earth the last 15 years had gone, and how on earth I was meant to meet and have some decent time with the mythical father of my future children before we popped out some little ones, and one of them, a doctor, said it: “Have you ever thought about freezing your eggs?” And I hadn’t, I really hadn’t. Mostly because I’ve managed not to think about getting to this point in my life without finding a partner.

I’m not going to deny that I’ve been clucky for a while. At 22, one of my friends became a mother; at about 28 the baby tsunami started – if I wasn’t cooing over a newborn, I was rubbing a pregnant belly (yup, I’m one of those). I now have 23 honorary nieces and nephews, with a few more on the way. Sometimes when I see them I think my ovaries are going to explode, but other times I look at their parents and wonder how the hell they do it.

My own parents were married for nine years before I was born, and I’ve come to accept the fact that if I have kids, I’m never going to have that kind of relationship history with my future partner. At the point I’m at, ovary-wise, I feel like I’m going to meet this guy, barely get to know him at all, and then pop out his child (and that’s assuming that all goes well, which I know is a huge assumption). This is where Plan B: Keeping My Fertility on Ice would step in. But I guess I feel this whole egg-freezing culture is a crazy Western medicine thing – and it doesn’t sit entirely well with me, for a number of reasons.

Firstly, it’s ridiculously expensive. I don’t know about you, but if I had a spare 10 grand lying around, I’d be on the next plane to South America. Or I’d straighten my teeth. I certainly wouldn’t be getting an invasive procedure as a ‘back-up plan’ in case I don’t manage to fall pregnant naturally in the next 10 years. Secondly, ouch! I can barely stomach a pap smear, so I really don’t like my chances in the fertility clinic. And as for the actual IVF process? Pass. Thirdly, and most importantly, what about adoption? Fostering? Yes, there’s something to be said for wanting to mesh your genes with your loved one’s, but when I think of all the kids out there without parents to take care of them, I’m more drawn to the idea of changing one of their lives for the better than satisfying my own selfish desire to pass on my genes.

I’m an only child, so my genes are unique. Okay, everyone’s genes are unique, but as for being a combination of my two parents, and their two families, I’m it. My dad had one sister, who had two sons, and my mum has one sister, who has remained childless by choice. While it saddens me to think my ancestors escaped pogroms in Russia and Poland, and made it to the UK, and then to Australia eventually, luckily missing the Holocaust, I’m not arrogant enough to think this makes me special.

I’m not judging anyone who’s saved that cash and, for various reasons, medical or otherwise, wants to use their frozen eggs as some kind of back-up plan, but to me it just feels like admitting defeat – that I’m not going to meet this guy, or that when I do meet him, my ovaries aren’t going to cooperate. I’d like to think that if and when it happens, it’ll be easy. And if it’s not, then I guess I’ll just settle for being a favourite aunt, godmother, daughter and friend.

Monica Kaplin lives in Bondi and spends most of her time Instagramming pictures of her coffees, meals, earrings, friends’ kids (with permission), and anti-Abbott memes. A sometime teacher, she is currently looking for her next gig, and, obviously, the father of her future children. A lapsed yoga enthusiast, her skills include procrastination, baking and speed-reading. But she’d rather be in Paris.